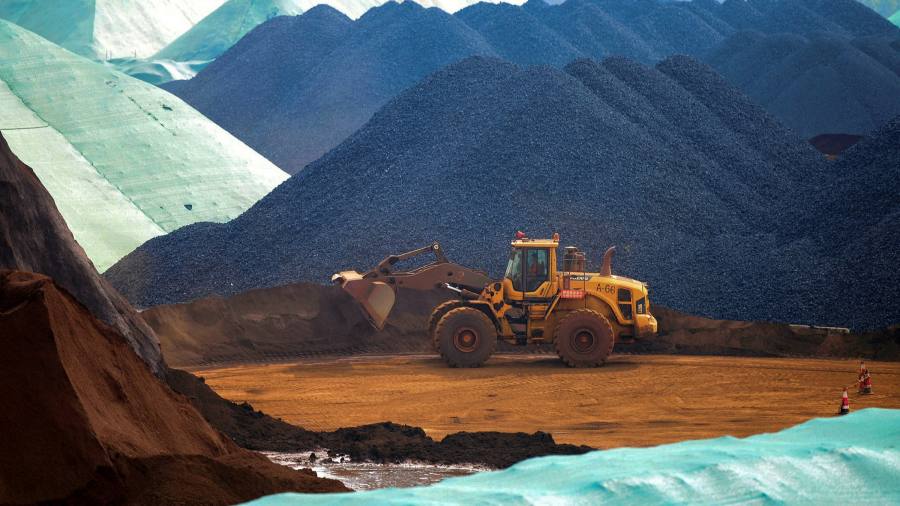 The pushmi-pullyu was reputedly rare. But plenty of commodity traders are going both ways at once, just like the animal from The Story of Doctor Dolittle. Consider the performance of commodity markets this year — energy has soared, yet most industrial metals and lumber have tumbled.

Iron ore prices — which fell 5 per cent on Monday — are following the same downward trajectory, as demand from Chinese steel producers stumbles. That is bad news for top producers such as Rio Tinto and BHP.

A global economic slowdown approaches. All eyes are on the Federal Reserve’s attempts to slow US growth. Yet the other industrial Goliath, China, has shown only faltering signs of recovery from persistent Covid-19 shutdowns. Its voracious economy usually consumes about half of global industrial metal supply and more than 70 per cent of the world’s iron ore. A weak domestic steel market hints of what to expect for China’s economy.

Property, a pillar of its economy, eats up about 40 per cent of Chinese steel supply, say analysts at Liberum. Floor space both sold and newly started is dropping at double-digit rates year on year, not seen since the global financial crisis. With Beijing planning to curtail polluting output in the second half, steel customers have hoarded inventory, which now sits a quarter above the 10-year seasonal average.

No wonder Chinese steel exports are close to six-year peaks, as mills seek buyers elsewhere in Asia. Chinese steelmakers have struggled to break even since March given high input prices.

Shareholders of diversified London-listed miners are also being pulled in two directions. Since 2019, Rio Tinto and BHP have earned up to three-quarters of their ebitda from iron ore. Anglo American has drawn 39 per cent of its ebitda from the orange stuff.

With prices at $125 per tonne for the best quality ore, these miners are also earning a ton of cash. Their all-in costs average under $40. That spread pays for enormous dividend yields: high single-digit for Anglo and in the teens for Rio and BHP. Iron ore prices would need to halve before those payouts are truly threatened.

Given this largesse, shareholders seem unlikely to stampede out of these miners soon. But iron ore’s weakness hints at the industrial demand problems building up for China and its peers. Miners and energy producers will become riskier propositions in the second half of this year.

City Bulletin is a daily City of London briefing delivered directly to your inbox as the market opens. Click here to receive it five days a week.

Tariq Fancy on Stuart Kirk, the Republicans and what’s next for ESG

Medvedev fumes at coach in loss to Hurkacz in Halle final