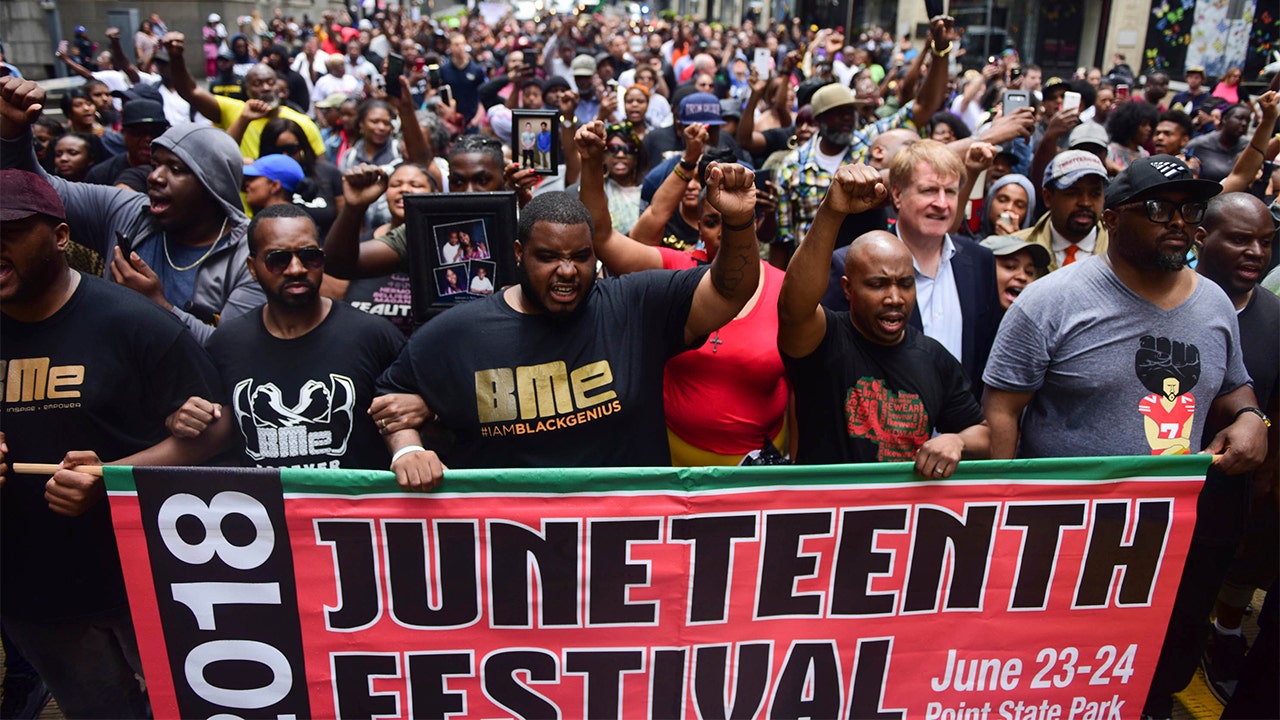 “While we know Juneteenth is on the 19th of June, it deserves a whole day to itself. Sorry. Not sorry Dads, We aren’t sharing this holiday,” the since deleted post said Sunday. “Happy Juneteenth 110th Wing members, families and friends. Let’s come together to enjoy this day and reflect on the strides in humanity the world has made. Let’s work towards a more open inclusive world, as this is an ongoing human process.”

At issue was the unit’s attempt to express support for the Juneteenth holiday, expressing that there was no room to share the day with Father’s Day, which also fell on Sunday.

“The 110th Wing regrets the post on social media related to the Father’s Day and Juneteenth holiday that fell short of our standards,” said the 110th Wing of the Battle Creek, Mich. Air National Guard Base in a Facebook post Monday. “The post has been removed and we are taking action to ensure this doesn’t happen again.”

The 110th Wing did not immediately respond to a Fox News request for comment on the post.

The deleted post comes as the military has faced criticism over its “woke agenda” under the leadership of President Biden, with a recent report finding the military spent more than 5.3 million hours and $535,000 was spent on extremism “stand downs” that critics have called nothing more than a “leftist social agenda” for the military.

“We face real threats across the world, yet the Biden administration is more focused on promoting its leftist social agenda in the military instead of countering China, Russia and Iran or creating an effective counterterrorism plan,” a group of 11 GOP senators wrote to the Department of Defense in response to the findings earlier this year. “Our military is not an extremist organization, and our service members, by and large are all good people, are dedicated, faithful patriots.”

Biden also took steps to make Juneteenth, a day celebrating the freeing of Black slaves after the Civil War, an official federal holiday, signing legislation last June codifying it as such.

“In short, this day doesn’t just celebrate the past, it calls for action today,” Biden said at the time.