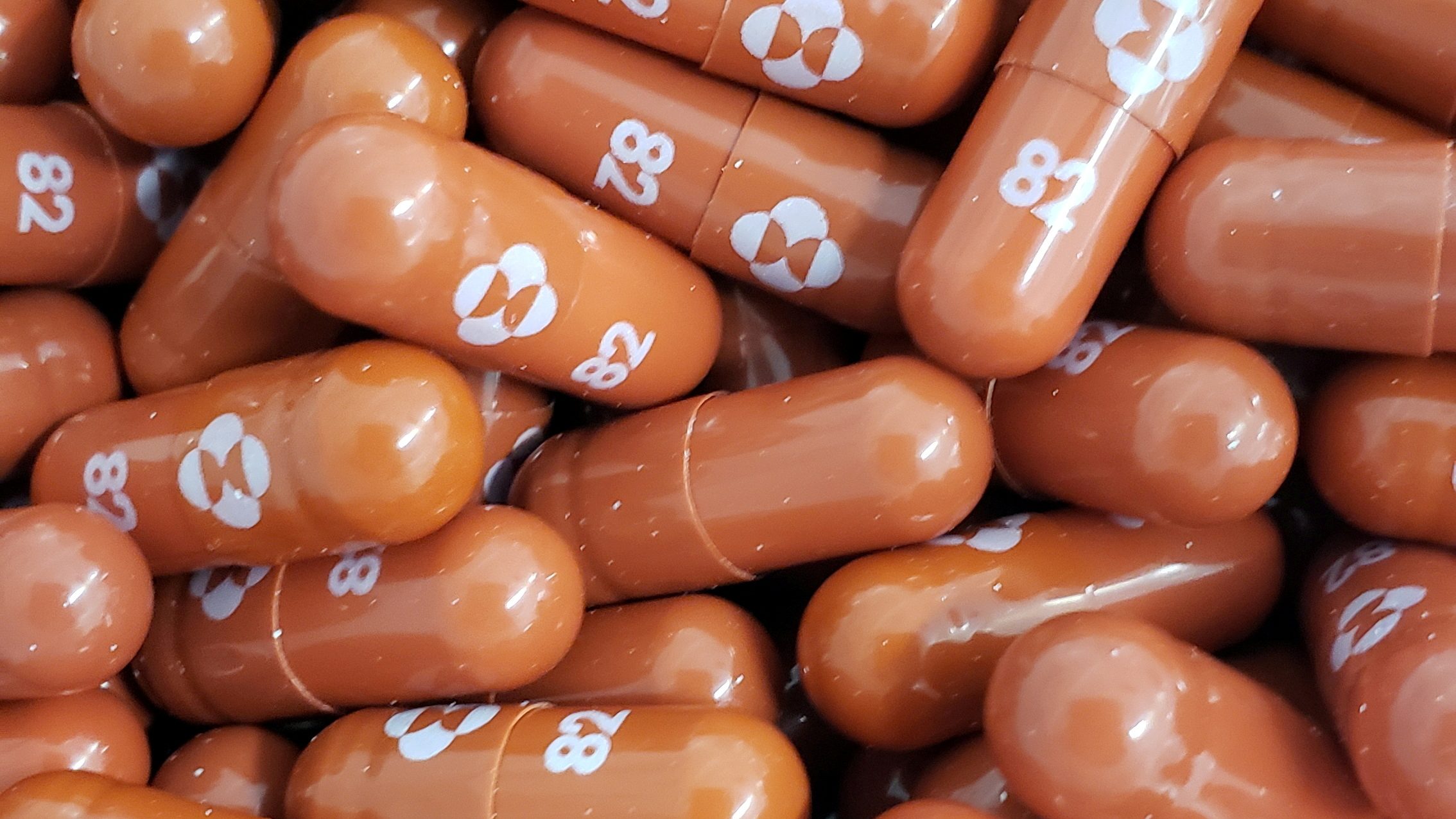 There is no “cure” for Covid-19, but US pharmaceutical company Merck has developed an antiviral pill that it says could significantly reduce hospitalizations and deaths if approved.

Merck and its partner, Ridgeback Biotherapeutics, on Friday (Oct. 1) announced promising results from a small clinical trial of their pill, called molnupiravir. The companies said that in a study of 775 adults with Covid-19, all of whom were considered at a higher risk of severe disease, patients who received molnupiravir saw half the rate of hospitalization and death within five days of experiencing symptoms.

Merck said it would be halting its trial based on those results, and will now apply for emergency use authorization with the US Food and Drug Administration (FDA). It will also apply for marketing licenses elsewhere in the world “as soon as possible,” the company said in a press release.

Results of molnupiravir’s trial have not yet been published in a medical journal, or peer-reviewed. The data evaluated are from a randomized, placebo-controlled, double-blind trial, whose 775 participants were enrolled on or before Aug. 5.

The company says that 7% of participants who received molnupiravir needed hospitalization, versus 14% from the placebo group. Merck also says the pill’s side effects are minimal.

How does molnupiravir work?

Molnupiravir inhibits the novel coronavirus from replicating in the body, thus preventing the progression from mild and moderate to severe disease. The drug essentially tricks the immune system into replicating it alongside viral cells, which injects a flaw into the mechanism. This stops the body from multiplying the viral load.

It’s not entirely new: Molnupiravir was first developed in the 2000s as a preventative pill against the SARS and MERS viruses. It has been shown to work against RNA-polymerase, the enzyme that is responsible for the virus multiplying.

Laboratory studies have also shown molnupiravir to be effective against the Covid-19 alpha variant (first found in the UK), and beta variant (from South Africa). The pill has the potential to become a “panlineage” antiviral agent, which means it could combat viruses irrespective of their future mutations.

What are the advantages of molnupiravir?

The biggest thing going for the drug is that it can be taken orally, unlike treatments that include like remdesivir and tocilizumab, which need to be administered intravenously and in a hospital setting. This could enable communities to deploy molnupiravir sooner in an infection curve. It may also boost community health, since molnupiravir is likely to be more affordable than expensive treatments like monoclonal antibodies.

Back in April, Merck signed contracts with five Indian pharmaceutical companies—Cipla, Dr Reddy’s, Hetero, Sun Pharma, and Emcure—to make molnupiravir more affordable and offer tiered pricing to low- and middle-income countries. This will be particularly beneficial for those regions where Covid-19 vaccine coverage has remained low.

Merck has said that it will supply 10 million courses of treatment—each course consists of molnupiravir twice a day for five days—by the end of 2021. The US government placed an order for 1.7 million treatment courses at a cost of $1.2 billion on June 9.

How to watch and stream online

How some of the rich and powerful use U.K. real estate to hide their millions