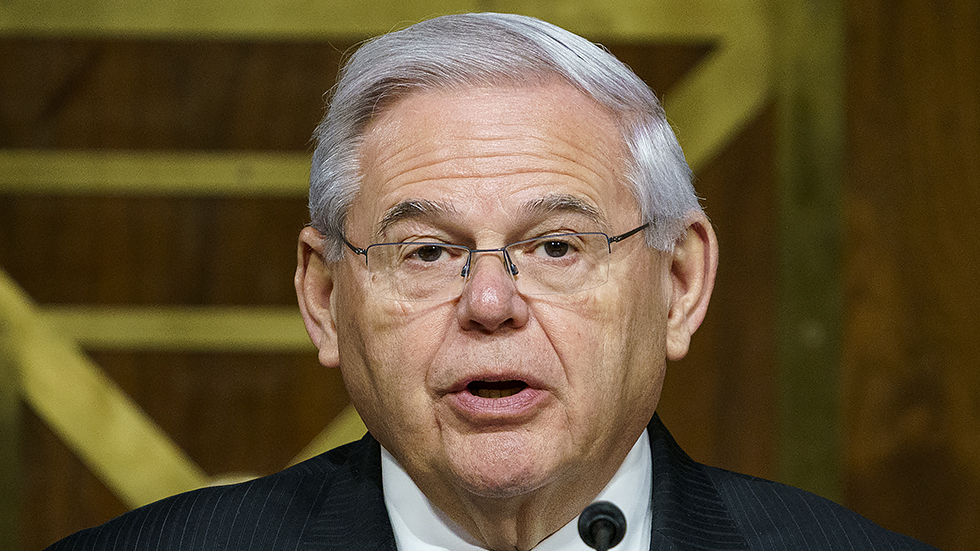 Menendez: US can’t afford to repeat Ukraine mistake with Taiwan

Sen. Bob Menendez (D-N.J.) said in a New York Times op-ed published on Wednesday that the United States needs to learn from its mistakes in Ukraine in deciding how to best support Taiwan.

Menendez, the chairman of the Senate Foreign Relations Committee, said authoritarian rulers like Russian President Vladimir Putin have been emboldened in recent years by disfunction in democracies and hesitant international institutions.

He said that the U.S. needs to have less ambiguity with its approach to Taiwan and clarity “in word and deed” is needed to maintain peace and stability in the Taiwan Strait, the body of water separating China and Taiwan.

China had issued warnings against Pelosi and the White House had been in contact with her over the planned visit, but the Speaker decided to move forward with her trip.

She argued in an op-ed published in The Washington Post that the U.S. must stand by Taiwan against China — a country she said is a threat to democracy. She is the highest-ranking U.S. official to visit Taiwan since former House Speaker Newt Gingrich (R-Ga.) in 1997.

Menendez said China’s potential response of “performative sound and fury” to Pelosi’s visit is an excuse for aggressive steps they were already planning to take.

He said the U.S. saw warning signs for the future of Ukraine in 2014, when Russia annexed Crimea and Russian-backed separatists began fighting the Ukrainian government in the eastern Donbas region, but did not take action to prevent further aggression.

He said he introduced the Taiwan Policy Act of 2022 with Sen. Lindsey Graham (R-S.C.) to provide almost $4.5 billion in security funding to Taiwan in the next four years. The legislation would also recognize the island as a “major non-NATO ally,” which would tighten military and security ties to the alliance, and have Taiwan participate in international organizations and multilateral trade agreements.

He said the bill would also impose sanctions on China if it takes “hostile action” against Taiwan.

Menendez said the Chinese government is likely planning to blame the U.S. for any aggressive action regardless, but China is the one that has been trying to change the status quo.

He said the U.S. is not the “world’s policeman,” but the country has a moral and practical obligation to support the Taiwanese people.

SoftBank raises $22bn in moves to sell down Alibaba stake

What is strep A? Everything to know as U.K. reports multiple…