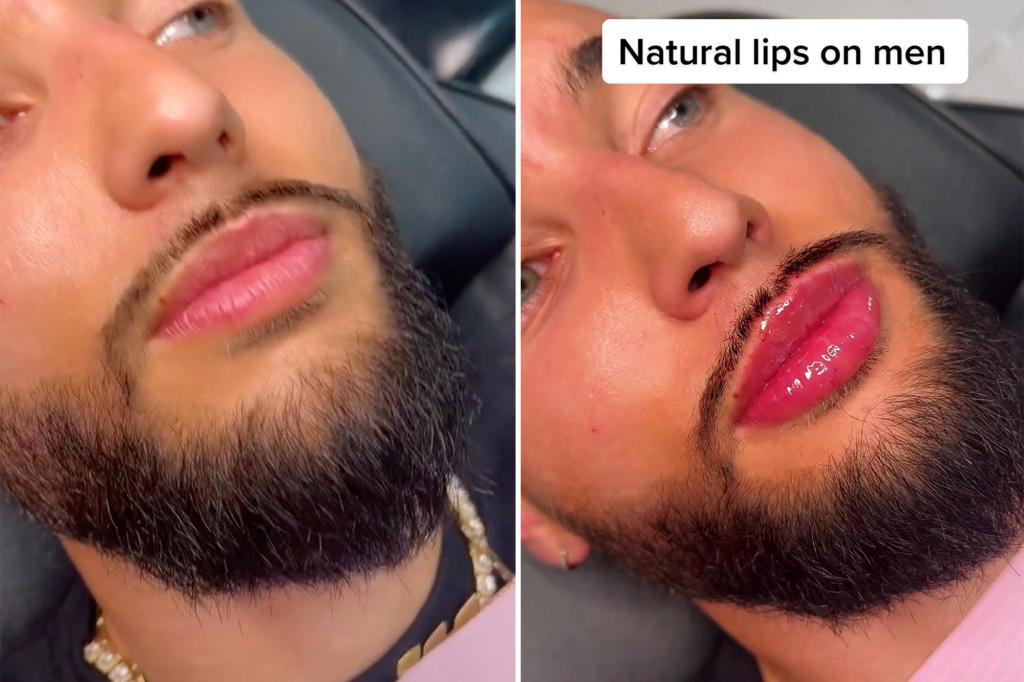 ‘Men should stick to stuff they know’

His fillers are fueling a juicy debate.

A now-viral video showing a man receiving lip fillers from an aesthetic clinic is sparking debate online, with some viewers calling it a “disaster” and others saying he looks “handsome.”

The clip, posted by beauty expert and TikTok creator @aestheticcliniclondon, was captioned “Men also need a little plump” and showed before and after images.

“Omggggggg nooooo,” wrote someone else.

“Men should stick to the stuff they know,” added another.

Amongst the chorus of various users saying “Hell, no,” or “Oh, no,” there were others who stuck their necks out for the man who was just trying to look his best.

“The double standards in these comments Jesus,” chided one person.

“They look good and he’s so handsome,” chimed in another.

“Let the man do whatever he wants … if this was a woman, ya’ll would’ve popped off,” said someone else.

The TikTok page, which regularly shows clients getting fillers in their lips and face, posted a follow-up clip clapping back at the people who called the man “gay” for getting fillers.

“Is it ‘Gay’ for men to get lip fillers?” the text on the video read. The woman behind the account can also be seen on-screen pointing to the before and after photos she took of the man’s lips.

“Oh, and this is the client with his girlfriend,” she said as the image showed the man with a woman on his lap.

But the haters were relentless. In the comments, people answered “Yes” to the question posed in the clip.

“Made him look very feminine which is fine if that’s the look he wants,” wrote someone.

Meanwhile, supporters of men getting facial fillers jumped to his defense.

“The insecurity of some ‘men’ in the comments,” chided one person.

“People stereotyping what males should or shouldn’t do on here. Fair play to the guy if it makes him more confident! You do you!” cheered another.

California chihuahua puppy shot with an arrow will be OK