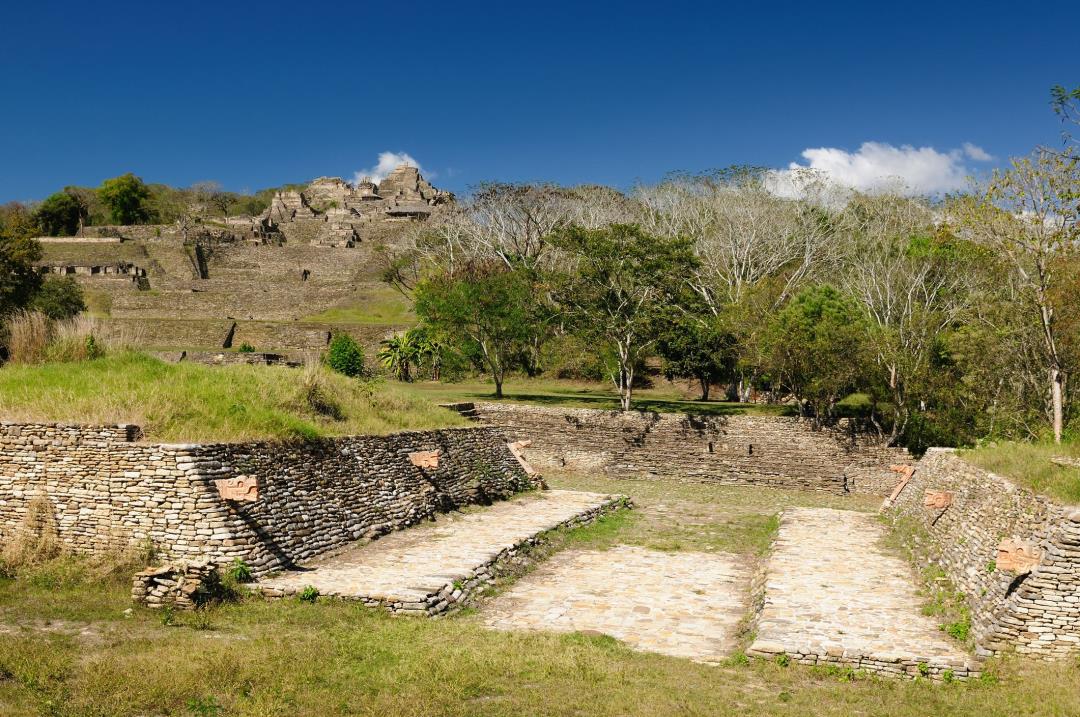 (Newser)
–
Pelota is one of the oldest known team sports, played centuries ago by the Maya—in some cases, with a ball that may have been partly made from the ashes of their dead rulers. The BBC reports on archaeologist Juan Yadeun Angulo’s theory, which was born from a pair of discoveries. The first was a crypt found in 2020 that’s some 26 feet beneath the Sun Temple at the Tonina archaeological site in southern Mexico. Yadeun says 400 urns were discovered there. Inside them: a blend of human ashes, coal, rubber, and plant roots. The second clue came via the stone carvings located at the sunken ball-court at the Tonina site.


Pelota would’ve been played there, and the carvings indicate three rulers—two men and one woman—were taken to the “cave of the dead” after dying between AD722 and AD776. Per the carvings, their “transmutation” was carried out within the “cave.” Yadeun’s take is that the Maya wanted to transform their leaders’ bodies “into a life force, something to stimulate their people … we have evidence they were incorporated into balls, during the Classic Period the balls were gigantic.” He adds, per Mexico News Daily: “The three central discs of the [ballgame] court say that these … [rulers] came back to life 260 days later. They came out of the death cave.”


The online publication reports on Yadeun’s theory, which is that the sulfur from the ashes was used to vulcanize, or harden, the rubber used to make the pelota balls. Heritage Daily gives additional context, explaining pelota “was seen not just as an athletic event. It represented the regeneration that was integral to the continued existence of the Maya, by showing their devotion to their gods by playing the game and by ritual killing.” (Read more discoveries stories.)

Another Beyonce Song Takes a Hit, This Time From Lewinsky