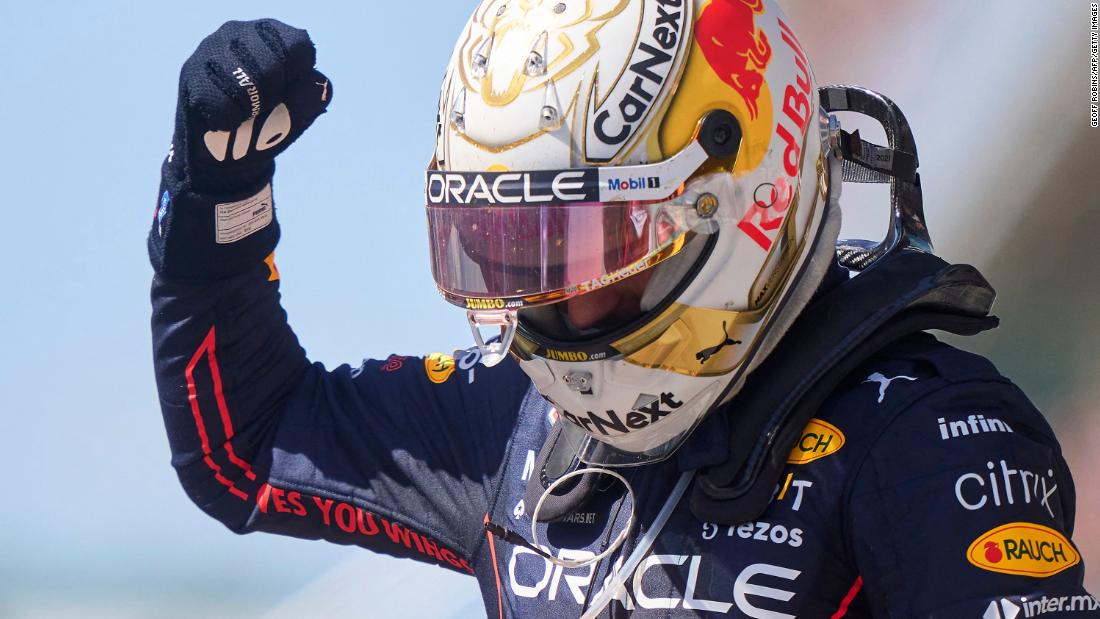 By Dean Pillay Last updated Jun 20, 2022
0
Share
The reigning world champion prevailed in a nail-biting end-of-race fight with the Ferrari driver to secure his sixth win of the season and his second in a row after claiming a victory in Azerbaijan.
The victory moves him 46 points clear in the championship ahead of Red Bull teammate Sergio Perez, whose early retirement due to a mechanical failure provided a blemish on the team’s sixth consecutive race win.

Having surged into a commanding lead from pole, it had looked set to be yet another comfortable weekend for the Red Bull driver before AlphaTauri driver Yuki Tsunoda hit the wall on his exit from the pits on lap 49.

With the field bunched upon the exit of the safety car six laps later, an enthralling battle between Verstappen and Sainz ensued, the gap at just over half a second heading into the final lap.

Yet the Dutchman held his nerve to keep the Spaniard at bay, showcasing his defensive skill despite his preference for attacking.

“It was really exciting at the end. I was giving it everything I had and of course Carlos was doing the same,” Verstappen said.

“I think I would have preferred attacking instead of defending but luckily it worked out.”

After a nightmare double DNF in Azerbaijan, Sainz spearheaded a Ferrari bounce-back that saw Charles Leclerc cap an impressive recovery drive with a fifth-place finish.

Starting from the back of the grid following further engine changes, Leclerc powered through the field to close the gap on Perez to three points in the drivers’ championship.

Lewis Hamilton capped another strong weekend for Mercedes with his first podium finish since the opening race of the season in Bahrain, with teammate George Russell following him home to secure a second straight third-fourth finish for his team.

Serious back pain — heightened by car instability — in Azerbaijan last week provided another challenge in what has been a difficult season for Hamilton, so accustomed to competing at the top end of the championship.

However, the seven-time world champion believes his team are headed in the right direction to close the gap on Ferrari and Red Bull.

“It’s quite overwhelming honestly to get this third place and it has been such a battle this year with the car and as a team,” Hamilton said.

“We have continued to stay vigilant and focused and never giving up. That’s something I am so proud about and I’m inspired by my crew.

“They are a little bit too quick for us at the moment but we are getting closer. We have got to keep pushing and hopefully we will be in a fight with these guys.”