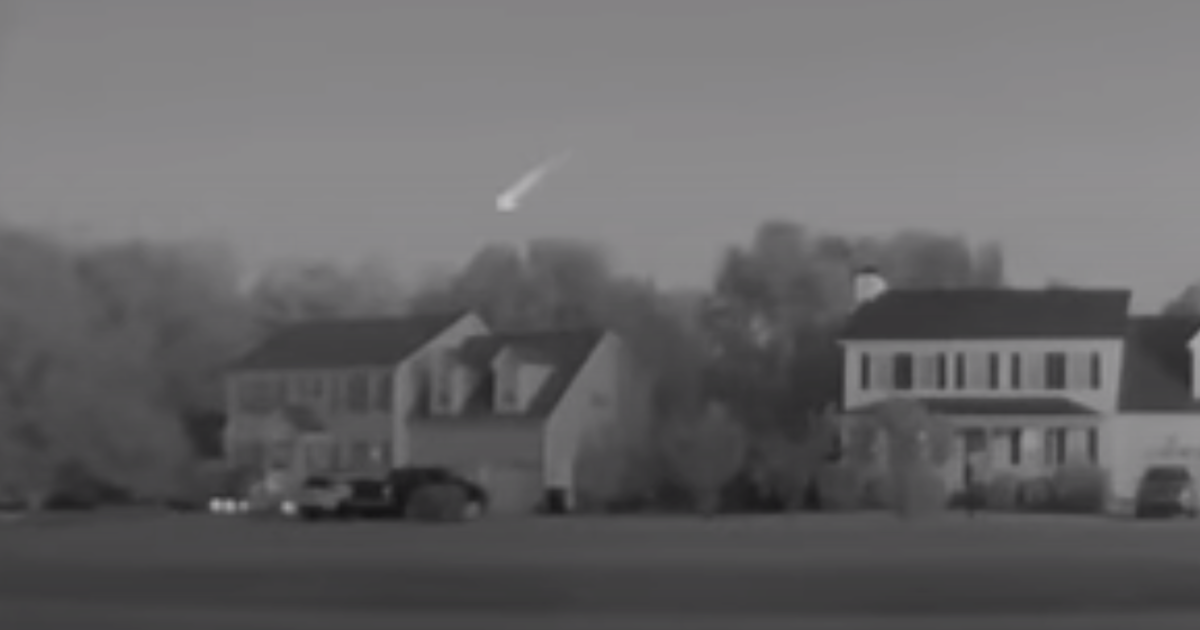 Stunning video of a fireball streaking across the sky above North Carolina last week has been released. The American Meteor Society shared video taken Friday from the porch of a home in Rowland Pond, North Carolina, showing a massive fireball fall from the sky.

NASA says the fireball fell over the North Carolina coast at around 7:40 p.m. and was one of at least five fireballs seen over the U.S. in the same night.

Fireballs are bright meteors categorized as brighter than the planet Venus, according to the society, a nonprofit that monitors meteors.

On Friday, the organization received 148 fireball reports from Maryland, North Carolina, South Carolina, West Virginia and Virginia. The fireball in North Carolina had the largest group of eyewitness accounts, with more than 80 people reporting it.

NASA says an analysis of these accounts shows the meteor was visible 48 miles above the ocean off Camp Lejeune and soared northeast at about 32,000 miles per hour. It traveled 26 miles through Earth’s upper atmosphere then disintegrated 28 miles above Morehead City on the coast.

Meteoroids usually enter the earth’s atmosphere at 25,000 mph to 160,000 mph but rapidly decelerate as they travel through the atmosphere, according to the society.

The fireball was captured in at least two different videos. The one obtained by AMS has gone viral, with nearly 95,000 views.

Because of the moon phases last week, with a full moon on September 20, there was a limited opportunity to view meteors between moon set and dawn, according to AMS. Still, dozens of stargazers were able to spot meteors.

Caitlin O’Kane is a digital content producer covering trending stories for CBS News and its good news brand, The Uplift.

Denial of responsibility! Elite News is an automatic aggregator of the all world’s media. In each content, the hyperlink to the primary source is specified. All trademarks belong to their rightful owners, all materials to their authors. If you are the owner of the content and do not want us to publish your materials, please contact us by email – [email protected]. The content will be deleted within 24 hours.
fireballmeteornorth carolina
0
Share FacebookTwitterGoogle+ReddItWhatsAppPinterestEmail