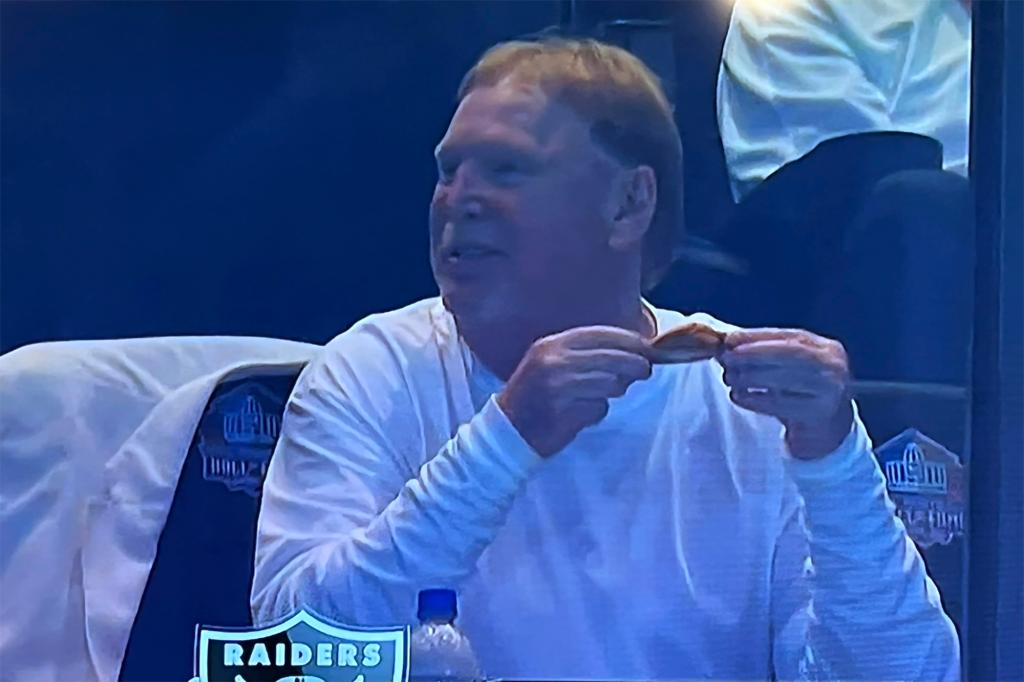 It may only be the preseason, but Las Vegas Raiders owner Mark Davis is already in mid-season form.

The NFL made its triumphant return when the Raiders defeated the Jacksonville Jaguars 27-11 in the annual Pro Football Hall of Fame game in Canton, Ohio. on Thursday night – though fans seemed to be more interested in Davis’ antics in his suite than his team’s play on the field.

Davis’ feast was even more impressive considering he was wearing a white shirt, though appeared to finish the meal stain-free.

“Mark Davis pounding wings in that white shirt knowing damn well he’s gonna be on TV is the cash equivalent of a player without wrist tape or gloves,” Mike Golic Jr said.

Davis not only received praise for his ability to wolf down wings, but also his seemingly down-to-earth nature.

“Mark Davis eating wings! A man of the people up there!,” one fan wrote, while another user described the owner as “a dude’s dude.”

The chicken wing was a nice appetizer for Davis, who got to see his Raiders’ roll to the victory in Josh McDaniels’ coaching debut with the team.

With a majority of both teams’ starters sitting out of the contest, it was a couple of rookies who shined on the historic field.

Running back Zamir White, who the Raiders selected with the 122nd pick in the 2022 NFL Draft – didn’t let his opportunities go to waste, totaling 75 total yards. Travon Walker, the 2022 No. 1 overall pick for the Jaguars and White’s former Georgia teammate, recorded a sack on Las Vegas quarterback Jarrett Stidham.

ROTC: One way of giving back to community