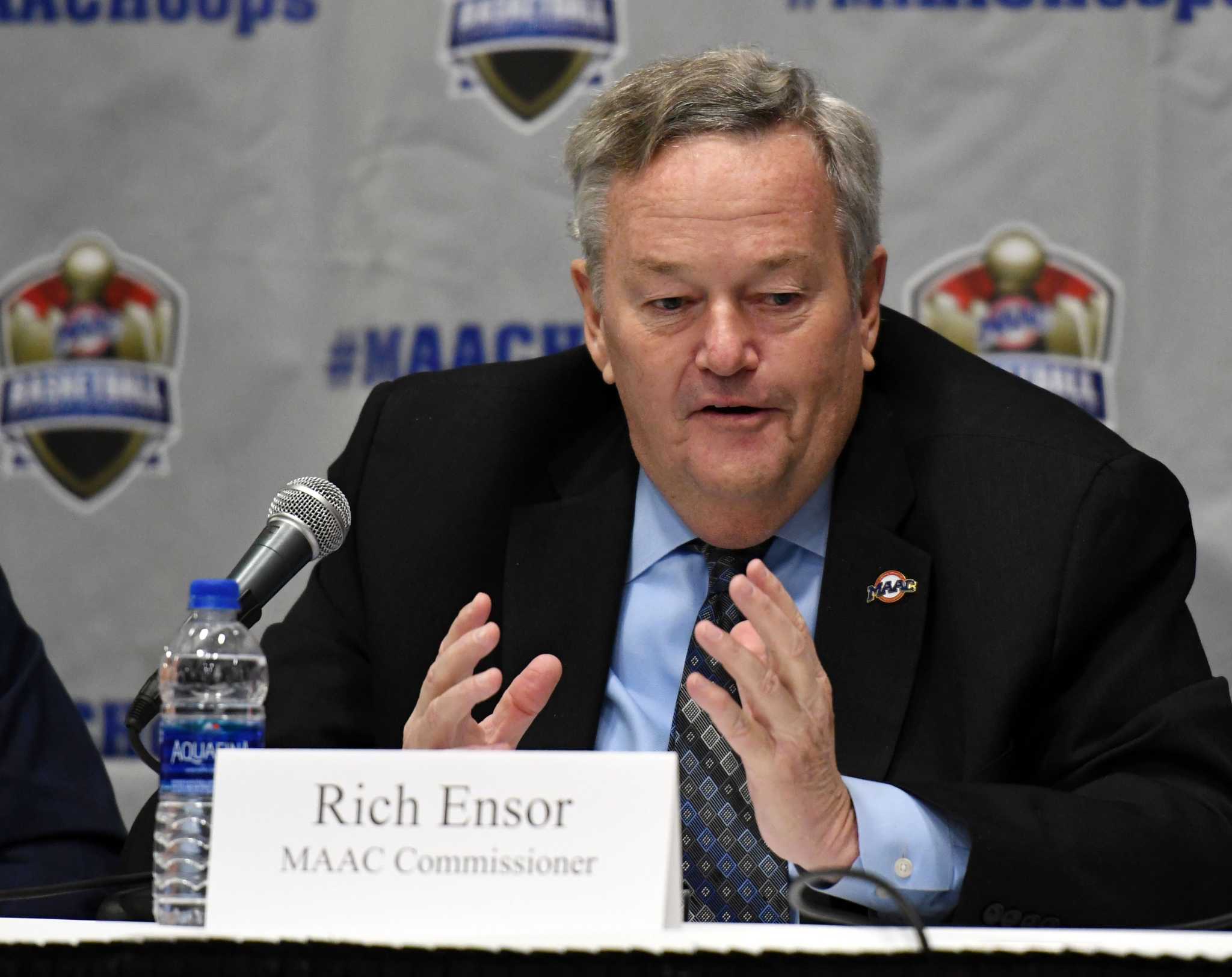 Since Siena joined the Metro Atlantic Athletic Conference in 1989, there has been at least one constant: Rich Ensor as conference commissioner.

That will be true for only more year.

Ensor, who has served as MAAC commissioner since 1988, announced today he is retiring, effective at the end of the 2022-23 season. He began his tenure in August 1988, a month before Siena, formerly of the North Atlantic Conference, accepted an invitation from the MAAC.

“It has been a privilege to serve as Commissioner of the MAAC since 1988 and represent a conference dedicated to achieving success in academics and athletics,” Ensor said in news release. “I want to thank the generations of coaches, athletes and administrators who have competed in the MAAC during my tenure for their commitment to these goals and the MAAC Council of Presidents for their on-going support.”

The MAAC said a national search will be conducted for a new commissioner with TurkeyZRG, a New Jersey-based search firm, handling with recruitment of candidates and coordination of the hiring process.

“I also want to single out the numerous MAAC staff members who contributed through their individual commitments to the success of the league,” Ensor continued.  “It is a source of pride for me to see how these former staff members have succeeded in their own careers that often began as entry level fellows and directors at the MAAC. Finally, I want to thank my family for their support and understanding of the many time demands that a Commissioner juggles in managing a NCAA Division I Conference,” said Ensor. “Deirdre Ensor has been an integral part of my own success as she managed our family.  It has been a great journey together.”

Under Ensor, the MAAC has played its conference basketball tournament 20 times at MVP Arena, Siena’s homecourt, most recently in 2019. The event will be played in Atlantic City for the fourth straight year next March.

Ensor will depart with the conference currently at 11 members, adding Mount St. Mary’s for this season after losing Monmouth to the Colonial Athletic Association.

Siena is one of seven MAAC members remaining from the Saints’ first season in 1989-90, along with Canisius, Fairfield, Iona, Manhattan, Niagara and Saint Peter’s.

Ensor is the longest tenured NCAA Division I multi-sport conference commissioner, according to a MAAC news release. When Ensor’s tenure ends next next June, he will have served as MAAC commissioner for approximately 35 years; the longest Division I commissioner term in NCAA history, surpassing Doug Elgin of the Missouri Valley Conference (33 years).

Ensor is a 1975 graduate of MAAC charter member Saint Peter’s.

BB&B: meme stocks are linked to fundamentals — someone else’s