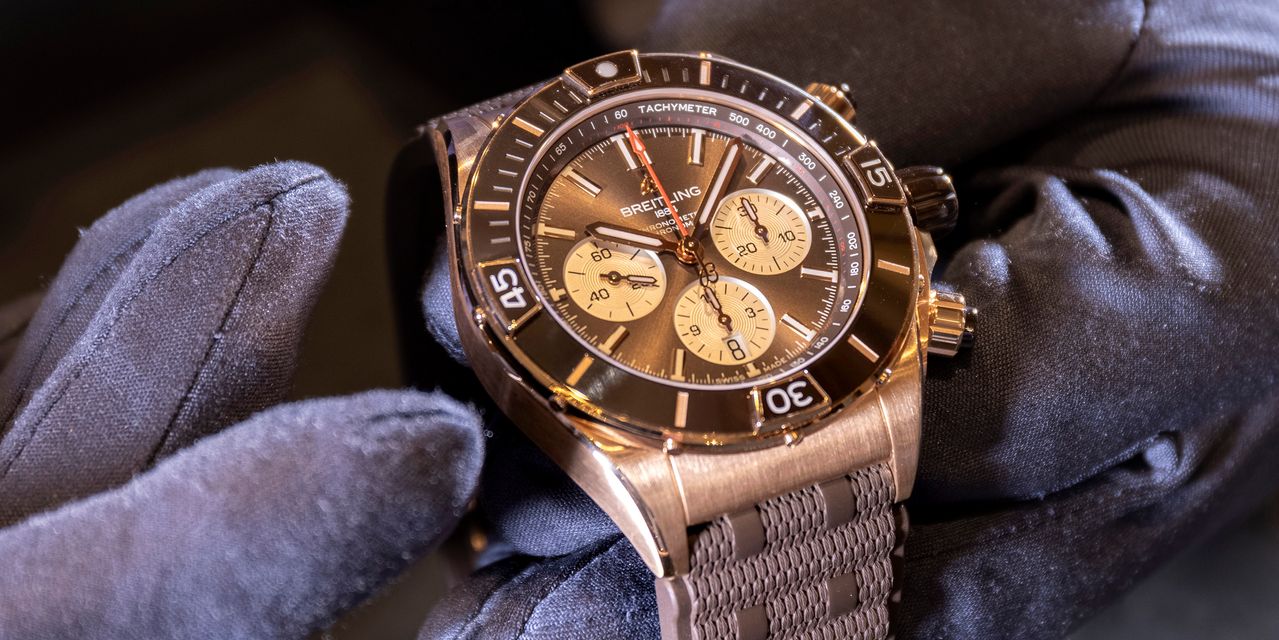 Luxury Brands Are Making Watches Even Fewer People Can Afford

Luxury watchmakers had their best ever year in 2021—by selling fewer watches.

Watch and other wearable tech.

Still, while this approach is boosting revenue now, it could lead to trouble in the future if the industry keeps shrinking itself by selling fewer, pricier models, analysts say.

Swiss watch revenues rose by roughly one-third last year compared with 2020 to reach a record 21.2 billion Swiss francs, the equivalent of $21.5 billion, according to the Federation of the Swiss Watch Industry, an industry association. U.S. sales grew 28%.

The rise was driven by a resurgence in demand for higher-end watches, the association said, which have benefited from a broader boom in luxury goods as the pandemic has receded.

At the same time, volumes have been dwindling. Swiss watchmakers sold 15.7 million watches last year, half as many as a decade earlier, the association’s data shows. The decline has been led by a collapse in demand for affordable models, which compete directly with Apple Inc.’s $399 to $799 watch.

Those trends have continued this year, with watch sales rising 13% by revenue in the first four months of 2022 compared with the same period last year, the association said.

Watchmakers say the demand for pricey models demonstrates consumers’ enduring interest in watches despite predictions from some analysts that the business of making classic, mechanical watches would soon be swept away by smartwatches and other new gadgetry.

An expensive watch is more like a collectible jewelry piece than a device, said

chief executive of Breitling SA, adding that far from being a handicap, low functionality is core to the appeal.

“People want to balance the overkill of the digital age,” said Mr. Kern. “I don’t know anyone collecting Apple iPhones or watches—there’s no emotion there, you use it and then throw it away.”

That sense of cachet tempted John Royer into swapping his Apple Watch for a $10,000 Rolex GMT-Master II when he turned 40 recently. “I wanted something that I could pass on to my son when he is older,” said the Alabama-based physician.

Top brands such as Rolex, which have always commanded high prices, are the prime beneficiaries of the greater demand for high-end watches.

Other brands are trying to capitalize on the trend by adding high-end models to their lineups.

Last year Breitling, whose watches start at $3,300 in the U.S., launched its Super Chronomat range, raising the top price of an existing product line to $25,650. Mr. Kern said Breitling had boosted demand for its watches by modernizing its stores and refreshing its marketing with slick commercials featuring movie stars such as Adam Driver and Charlize Theron to appeal to younger consumers.

The company now plans to increase output to 250,000 watches next year, nearly double the number in 2017, Mr. Kern said, a move that makes it an industry outlier and reflects a continuing turnaround.

SCA has also recently reported a rise in watch sales, which analysts attributed to the luxury company’s move away from relatively affordable products. Efforts to target wealthier clients include the sale of unique watches costing six-figure sums. One recent example was the Arceau Pocket Aaaaargh!, a pocket watch featuring a leather mosaic of a Tyrannosaurus rex on its cover and a price of €300,000, equivalent to about $315,000.

Not all watchmakers are following suit. Rolf Studer, chief executive of watchmaker Oris SA, said that while the average purchase price of a Swiss watch has risen by roughly half since 2019, his company was resisting the trend to chase superrich clients.

Excessive price rises risk making Swiss watches too elitist, Mr. Studer said, adding that Oris had increased prices by about 10% over the past three years to cover higher costs.

“If we’re only talking to the richest 100,000 people in the world, maybe we no longer have the reason for being here that we used to have,” Mr. Studer said.

What do you look for in a classic watch? Join the conversation below.

Oris, whose watches start at around $2,000 in the U.S., increased its share of the declining “affordable” watch market last year by offering an “inclusive” form of luxury to which most consumers can realistically aspire, Mr. Studer said.

A trend among enthusiasts to buy multiple watches from brands they find appealing, irrespective of price, is helping more affordable brands such as Oris, he added.

Many other watch brands are struggling to grow, however, and relying on selling fewer but costlier models could jeopardize the structure of the industry, analysts say.

“It’s a risky game: They have to be very careful not to make it too small and too exclusive,” said Oliver Müller, founder of Switzerland-based consulting firm LuxeConsult.

Besides alienating everyone but the millionaire buyer, there is a danger of volumes falling to a critical level at which suppliers start to fail, triggering a cascade of closures among smaller brands that can no longer source parts, he said.

“There is a risk of stagnation, of losing know-how and craftsmanship because we’re not producing enough,” Mr. Müller said.

The rise and rise of Japan’s unsackable slacker

Asking Gay Men to Be Careful About Monkeypox Isn’t…

Reflections on U.S. Withdrawal From Afghanistan