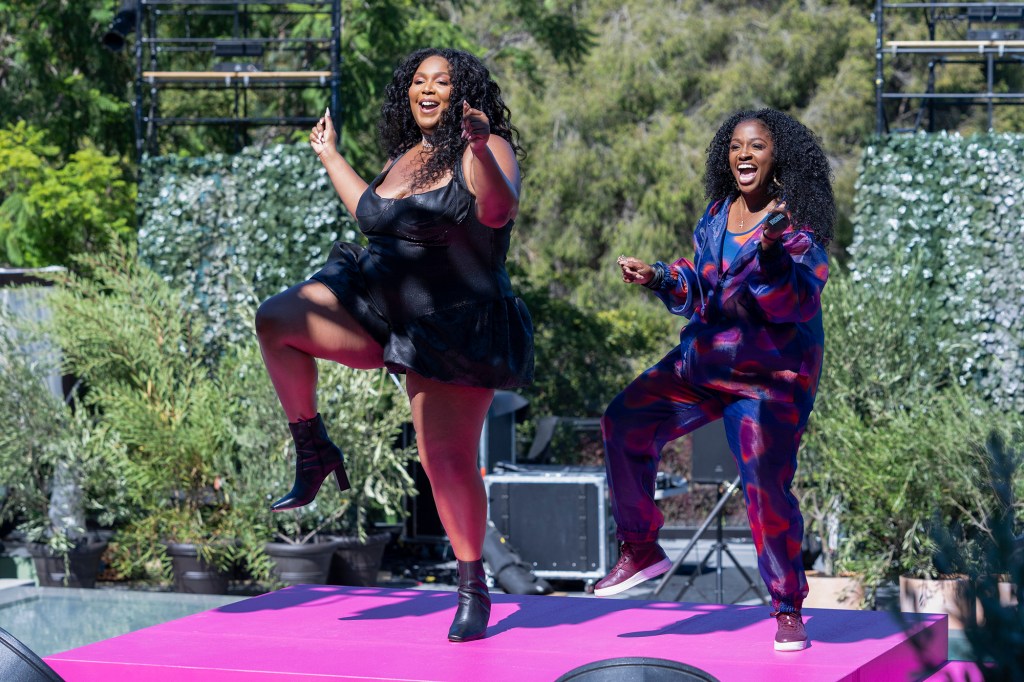 When she posed naked in all her plus-sized glory on the cover of 2019’s “Cuz I Love You” — her Grammy-winning major-label debut album — Lizzo proved that she was 100 percent that body-positive bitch.

And the “Truth Hurts” singer-rapper, born Melissa Viviane Jefferson, is not about to pull an Adele and go skinny on us. In fact, she’s looking for more thick chicks to join her twerking troupe on “Lizzo’s Watch Out for the Big Grrrls,” her new reality show that premiered Friday (March 25) on Prime Video. The prize for the backup dancers who brought it with “that jiggle, that wiggle and everything in the middle” — as Lizzo puts it in the first of eight episodes — was the chance to perform with her at the 2021 Bonnaroo Music & Arts Festival, with the “baddest bitches” also earning spots on her 2022 world tour. “We come with the energy, the stamina, the flexibility,” says Lizzo. “Big girls are doing it, honey.”

No doubt, from splits to back flips, there is plenty of full-figured fierceness on display as Lizzo challenges, “I wanna see who can dance outside of their body.”

With just 21 days until Bonnaroo, the show kicks off with a group of 13 dancers who have different shades, styles and backstories. There’s even a transgender woman named Jayla, a former gymnast who describes her life in a song title as “A Hot Mess.” By the end of the first episode, only 10 will make it into the “Big Grrrls Mansion,” where they will live while they continue auditioning for Lizzo.

“Y’all better dance for your life,” says Lizzo, echoing the “Lip Sync for Your Life” battle to avoid elimination on “RuPaul’s Drag Race.” While the “Drag Race” influence is clearly there throughout “Watch Out for the Big Grrrls,” it’s more so in the empowering spirit that gives those who have felt like they were on the outside looking in a chance to be seen — belly fat and all.

“They don’t want big girls to be sexy; they don’t want us to be happy,” Lizzo says in the third episode about haters who have fat-shamed her. “It’s hard to love yourself in a world that doesn’t love you back.”

So what does Lizzo do? She sends the girls to a sensual movement coach to embrace their sexiness and give their bodies some self-love.

In Episode 4, Lizzo takes it even further by arranging a nude photo shoot for the dancers. And while there are those who are still battling some lifelong insecurities, others have grown in curvy confidence. “I’ma tell you the part of my body that’s my favorite is my back roll, because for so long it was my least favorite,” says one dancer. “And I learned just to say, ‘This is my whole bakery.’ ”

It’s these kind of feel-good-as-hell moments that are the best in the first half of “Watch Out for the Big Grrrls,” which otherwise lacks real tension and suspense. A big part of that is because there is no automatic elimination process — Lizzo and her choreographer/creative director Tanisha Smith could conceivably take all 10 girls if they crush it in the countdown to Bonnaroo.

It makes for an atmosphere that is less of a competition and more of a sisterhood. And while it wouldn’t be a reality show without a little drama between 10 ladies under one roof, it’s pretty tame stuff by “Big Brother,” or certainly “Real Housewives,” standards.

But as “Watch Out for the Big Grrrls” continues, the challenges feel less contrived and the action gets juicier as Bonnaroo gets closer. Along the way, everything from eating disorders and body dysmorphia to colorism and the Black Lives Matter movement is addressed.

And with her plus-sized personality radiating “big girl energy,” Lizzo leaves you convinced that there is a talk show in her future.

Ukraine and Russia participate in first prisoners of war exchange

Liz Cheney Already Has a 2024 Strategy

Fed officials signal restrictive rates may be needed ‘for…