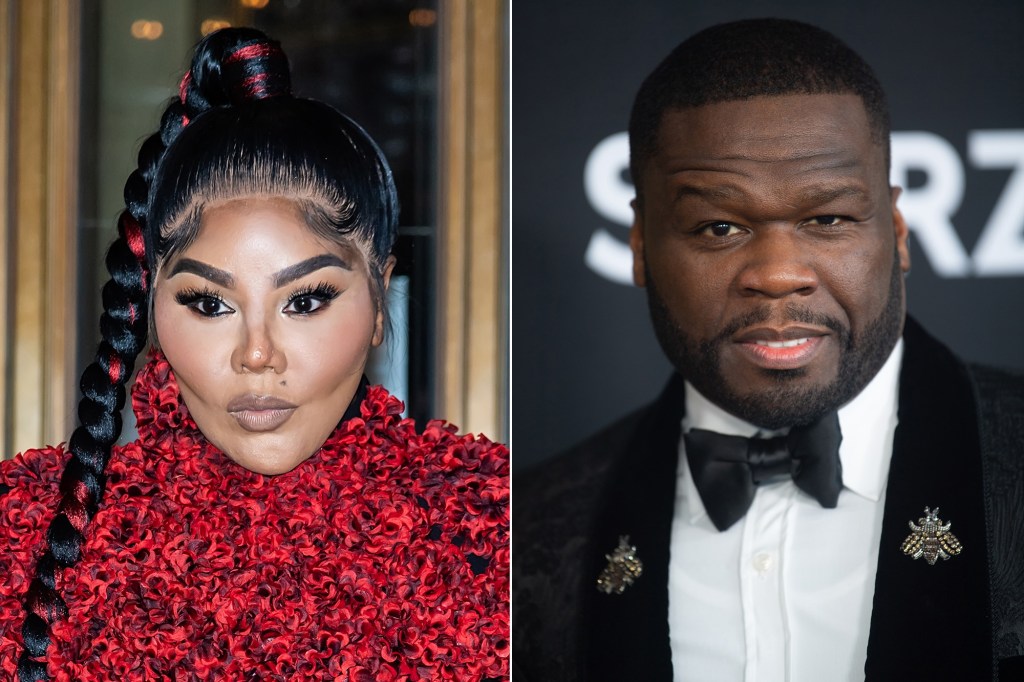 Lil Kim responds to 50 Cent comparing her to a ‘leprechaun’

Lil’ Kim has responded to a meme 50 Cent posted at her expense.

The 47-year-old rapper is calling out her “Magic Stick” collaborator for poking fun at her appearance to an obsessive degree.

“Ur so Obsessed wit me this is getting creepy,” the “Queen Bee” wrote on social media to Curtis Jackson — better known as 50 Cent.

The rapper posted a since-deleted (and then re-posted) clip of Lil’ Kim dancing alongside a leprechaun, implying she looked like it.

“U fallin off,” she added. “Im too bad and too fly in this video u reachin now but we all know why … Can we say Obsessed with Kimmie much !”

“all i said was i thought this was funny,” 50 Cent captioned a second upload of the clip after receiving a great deal of backlash from Lil’ Kim’s army of fans, who found the video cruel.

“50 SENT [sic] is a broken man. Successful, blessed, and BROKEN!” tweeted one critic. “No way in hell I would be focused on this when I’ve been blessed with the enormous gifts he has. Making power moves but thoughts are so small. I don’t get it!”

It’s not the first time he’s made fun of her looks, either. In July, 50 Cent said she looked like an owl, but Kim said she “ain’t bothered not one bit.”

In fact, the pair have been beefing for years after she called him out in a 2005 interview.

“I can’t front. I don’t have a lot of respect for 50 Cent because his music is hardcore … violent,” Lil’ Kim said ahead of serving a perjury sentence. “And I love his music sometimes, but I feel like in his personal life, his real life, he carries that on, and that’s not a great message, you know what I mean? I think he promotes it.”

When asked directly about the pair’s relationship at the time, she responded not by saying that 50 Cent was obsessed with her, but that as a woman he shouldn’t be so mean.

“How can a man have beef with a woman? Whatever, that’s just not cool,” she said.