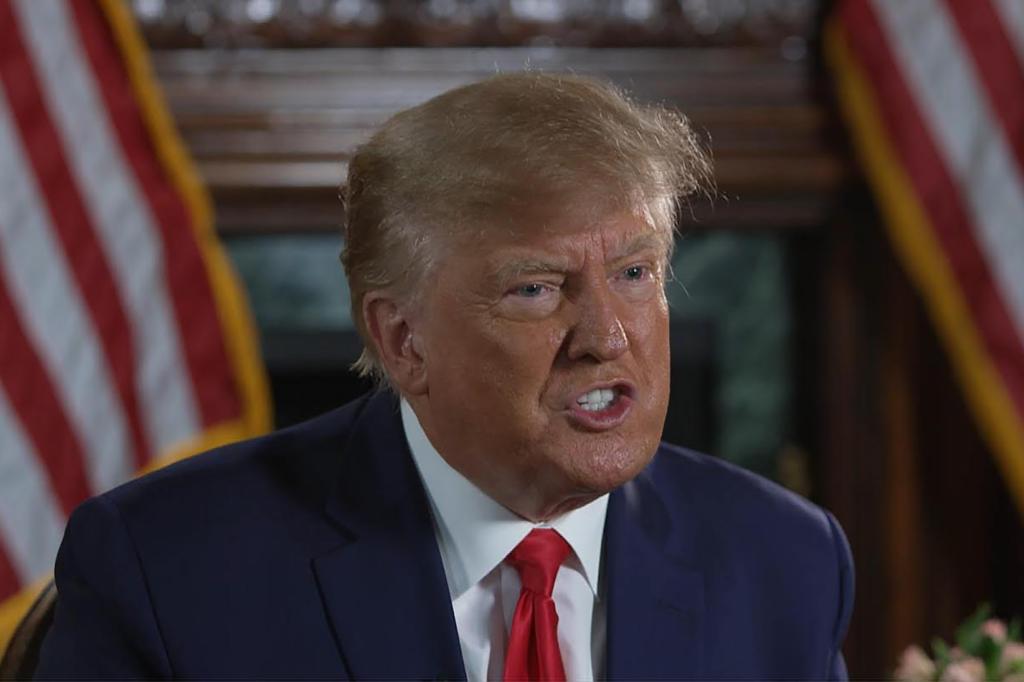 The Issue: The Post editorial and Michael Goodwin’s piece on Donald Trump’s fixation on the 2020 election.

We know that the Democrats are as laser-focused on pursuing former President Donald Trump as he is on peddling his stolen election theory (“GOP, Move on From Trump,” Editorial, June 11).

Time has taken its toll on both Trump and President Biden, as they both rant about nonsense that nobody cares to entertain anymore.

Trump’s undoing was his inability to just put the phone down and stop tweeting. And remember, even a fish wouldn’t get into trouble if he would just keep his mouth shut.

There are many better, like-minded but reasonable people who could lead America in the right direction in 2024. Let’s not waste this opportunity.

Move on from Trump to whom? Anyone the GOP chooses to run in 2024 will be destroyed by the left-wing Democrats and their corrupt mainstream-media partners.

Trump is the only one who can stand up to them and clean out that cesspool in Washington, DC. Trump has never been wrong about anything.

Put the 2020 presidential election behind us, but don’t forget the corrupt, lying, incompetent administration this country is left with now.

Does anyone believe anything the Democrats say anymore? If they do, they are fools.

Trump may not be perfect, but his tenacity is what the GOP needs to defeat the do-anything-to-win Democrats.

Michael Goodwin quite rightly asserts that Trump’s incessant focus on the past “is likely to turn off moderate Republicans and independents” — even those who find Biden’s far-left policies and woke-driven agenda repellent (“Trump needs a new tune,” June 12).

Truth be told, POTUS 45’s robust geopolitical ignorance, sulfurous persona and sheer incoherence make him utterly unfit for the highest office in the land. Then there’s Trump’s long and ugly history of misogyny.

When it comes to role models, the 2024 GOP presidential nominee should look to President Dwight Eisenhower, Ronald Reagan or even John Kennedy.

Although I usually agree with The Post’s editorials, Saturday’s is certainly not one of them.

The editorial states that Trump “oversaw a term of peace and prosperity,” but that is not enough to overcome his whining about the 2020 election, and he should not run for the presidency in 2024 — and that Florida Gov. Ron DeSantis or Nikki Haley are better suited for the office.

I totally disagree. Does anybody seriously think that they can right the ship after four disastrous years of Biden?

If Biden is allowed to continue his attack on Americans, as he is now, there is only one person who can bring us back from the depths of despair, and that is Trump, with the help of DeSantis as vice president.

The man is his own worst enemy. He would have beaten Biden if he kept quiet during the campaign.

Even his own daughter and former Vice President Mike Pence disagree with his sarcasm.

I think your headline should have read: “Democrats, Move on From Trump.”

After all, it is the Democrats who refuse to move on from Trump as they continue their never-ending war against him. Obviously, he poses a real threat for 2024 because he remains the front-runner.

As evidenced by the sorry spectacle last Thursday night, the Democrats and their media handmaidens continue to obsess over Trump by over-hyping the Jan. 6 riots.

One thing you are right about is that Biden is a disaster as president, and the rioters knew he would be when they breached the Capitol on Jan. 6.

Trump truly is our nation’s only hope for a better future.

Want to weigh in on today’s stories? Send your thoughts (along with your full name and city of residence) to [email protected] Letters are subject to editing for clarity, length, accuracy and style.

Amber Heard: I ‘Stand by Every Word’ of Testimony in Defamation Trial

Workers in more than 20 states, cities and counties to get a…

The end of work from home? Most Canadians return to office…

Elon Musk is a smart person but he doesn’t understand…