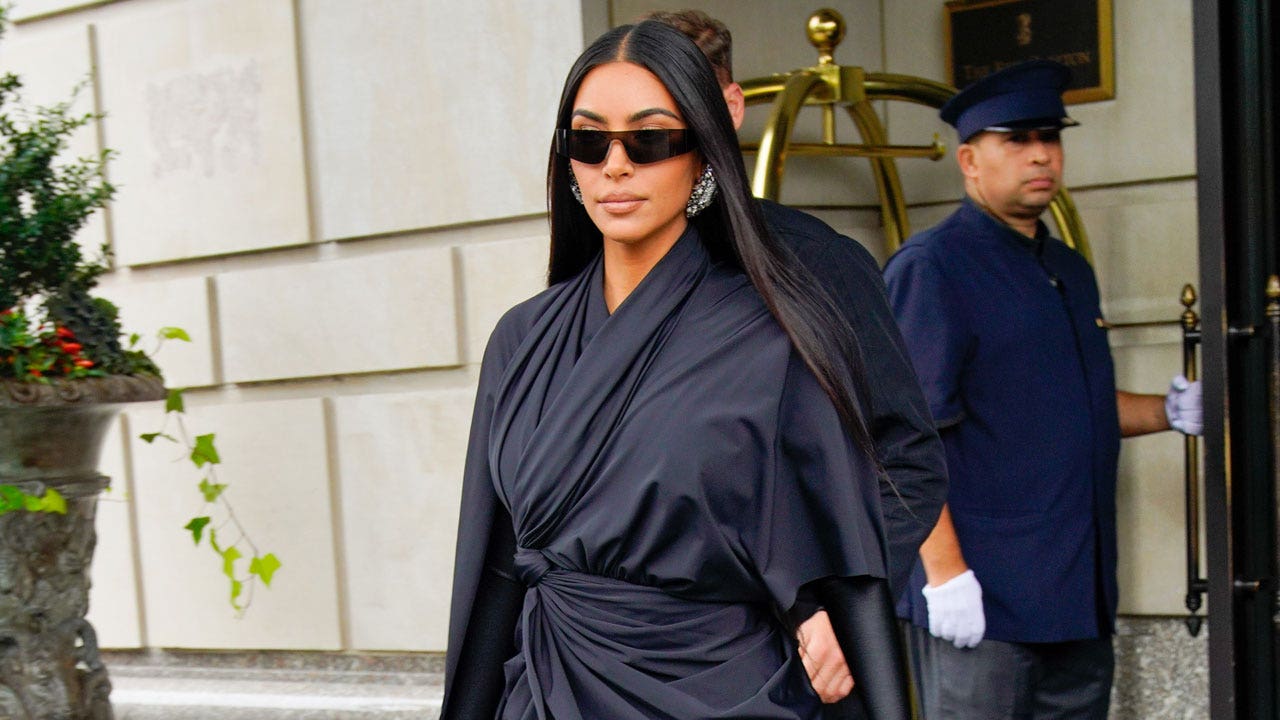 Kim Kardashian took aim at her entire family during her opening monologue on “Saturday Night Live.”

The 40-year-old reality star took the stage in a hot pink jump suit with matching hot pink heels – and not a single member of her family was safe from her jokes.

Kim started off her monologue by joking she was surprised to see herself onstage at “SNL.”

The “Keeping Up With The Kardashians” star said she wanted to prove she was more than just a “pretty face.”

“I’m so much more than that reference photo that my sisters showed their plastic surgeons,” she quipped.

She also took aim at Caitlyn Jenner and Kanye West by pretending to announce she was running for president.

“We can’t have three failed politicians in one family,” Kardashian joked.

After her monologue, she appeared in a sexually suggestive “Aladdin” skit alongside “SNL” cast member Pete Davidson. Kardashian also appeared in a skit in the style of “The Bachelor,” a music video style song and a lottery skit.

The reality TV star and estranged husband West were spotted leaving the Ritz Carlton hotel earlier Saturday as they headed to the “SNL” studios at Rockefeller Center in Manhattan.

Kardashian reportedly spent a ton of time preparing for her role that she took “very seriously.”

“She feels a lot of pressure,” a source told People magazine. “She wants to wow the audience.”

“She’s both nervous and thrilled,” the source added. “It’s a huge deal for her.”

Despite the impending divorce, West has reportedly been giving Kardashian advice on her hosting job. The musician has appeared on “SNL” as a musical guest seven times.