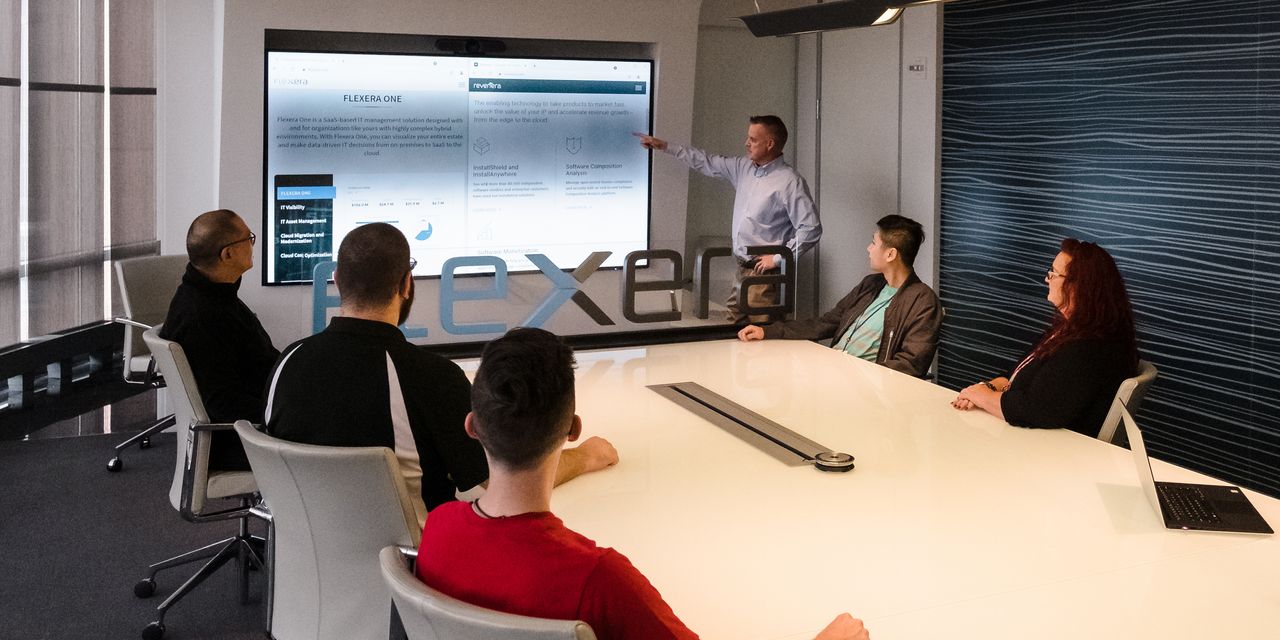 The strategy, which isn’t new but has seen an upsurge since the onset of Covid-19, comes as companies race ahead with pandemic-spurred plans to digitize more business processes, CIOs, staffing firms and industry analysts say.

Rather than face an uphill battle for full-time employees, many tech chiefs instead are cherry-picking temporary workers for expertise in specific project areas. Others are using freelancers to cover more routine IT tasks, freeing up their own staff to gain skills and experience with advanced capabilities.

The Morning Download delivers daily insights and news on business technology from the CIO Journal team.

Flexera Software LLC, a Chicago-based software firm, currently employs about 35 freelancers in various tech roles across the company, said Conal Gallagher, the company’s CIO and chief information security officer. That is up from previous years and likely to increase in the year ahead, Mr. Gallagher said.

“The number ebbs and flows, depending on the project we’re doing,” Mr. Gallagher said. Right now, he said, the company is moving a lot of on-premise business applications to the cloud, adding, “we have a freelancer on board helping with that.” Flexera has a total of about 1,300 permanent employees, including Mr. Gallagher’s team of 36 full-time IT workers.

As the company’s head of online security, Mr. Gallagher said he is well placed to ensure that freelancers working remotely—a growing category—have restricted access to sensitive data, systems and networks. “We can safely pull in talent from just about anywhere and I can see us pulling in more and more over time,” he said.

U.S. employers last month posted 295,034 unfilled IT job openings, pushing the total number of postings since January to nearly 2.7 million, IT trade group CompTIA said Friday. They include a range of IT jobs at professional, scientific and technical-services firms, banks and insurance firms, manufacturers, schools and retailers, among other sectors, the group said.

Of a total 5.6 million tech workers in the U.S. labor market last year, 161,000 described themselves as self-employed, up 2.1% and nearly double the share in 2019, according to CompTIA’s analysis of U.S. Labor Department data. The number of tech workers classified under all other forms of employment, a broader agency category which includes part-time gig and temp work, was up 2.2% to roughly 454,000.

Software developers, which was the most sought-after position based on job postings, were also the single biggest category of self-employed workers, said

CompTIA’s vice president for research and market intelligence. He said it is difficult to pin down a firm number on freelance tech workers, in part because the Labor Department doesn’t explicitly break out freelance or contract work in broader employment reports. But, he added, “from the employer perspective, the extremely tight labor market puts all options on the table.”

Over half of 1,000 U.S. hiring managers recently surveyed by online freelance market platform Upwork said the shift to remote work triggered by Covid-19 has increased their company’s willingness to use freelancers. Among those already hiring freelance tech workers, demand was highest for web, mobile and software developers, with nearly two thirds of hiring managers surveyed saying they plan to increase their use of tech freelancers across the board in the next 12 months, according to Upwork.

Sam Bright, Upwork’s chief product and experience officer, said employers are starting to shift toward the idea of accessing talent, rather than seeking permanent hires. “It gives workers a better opportunity to find something they like, and employers to quickly find the people they need without going through the long, costly and hit-and-miss process of hiring,” Mr. Bright said.

said in addition to a full-time team of about 400 IT workers, he hires freelancers in a range of enterprise tech areas, including workers with specialized cloud migration skills or cybersecurity experience.

The best enterprise IT departments, he said, are focused on creating business value, not managing servers or running reports. “No one organization has all the skills necessary to keep up with the pace of change,” Mr. Ottolenghi said. “That is where freelancers come in,” he said.

For their part, tech freelancers see a lucrative seller’s market for their skills, said Thomas Vick, a regional director at the technology divisions of staffing firm

“They can actually make more money working on projects as a contractor than what they would as a full-time employee,” Mr. Vick said. “There are a lot of IT projects going on right now within companies and most don’t have the bandwidth to handle them,” he said.

Josh Burns, a 31-year-old IT worker in Versailles, Ky., who specializes in database administration and database development, said he recently quit a $100,000-plus salaried job to pursue freelance work.

He said freelancing offers higher pay and more freedom: “I can work from anywhere I want and charge the rates that I want,” Mr. Burns said.

Denial of responsibility! Elite News is an automatic aggregator of the all world’s media. In each content, the hyperlink to the primary source is specified. All trademarks belong to their rightful owners, all materials to their authors. If you are the owner of the content and do not want us to publish your materials, please contact us by email – [email protected]. The content will be deleted within 24 hours.
BusinessBusiness/Consumer ServicesC&E Industry News FilterComputer ServicesComputer Systems Design Servicesconsumer servicesContent Typescorporate
0
Share FacebookTwitterGoogle+ReddItWhatsAppPinterestEmail