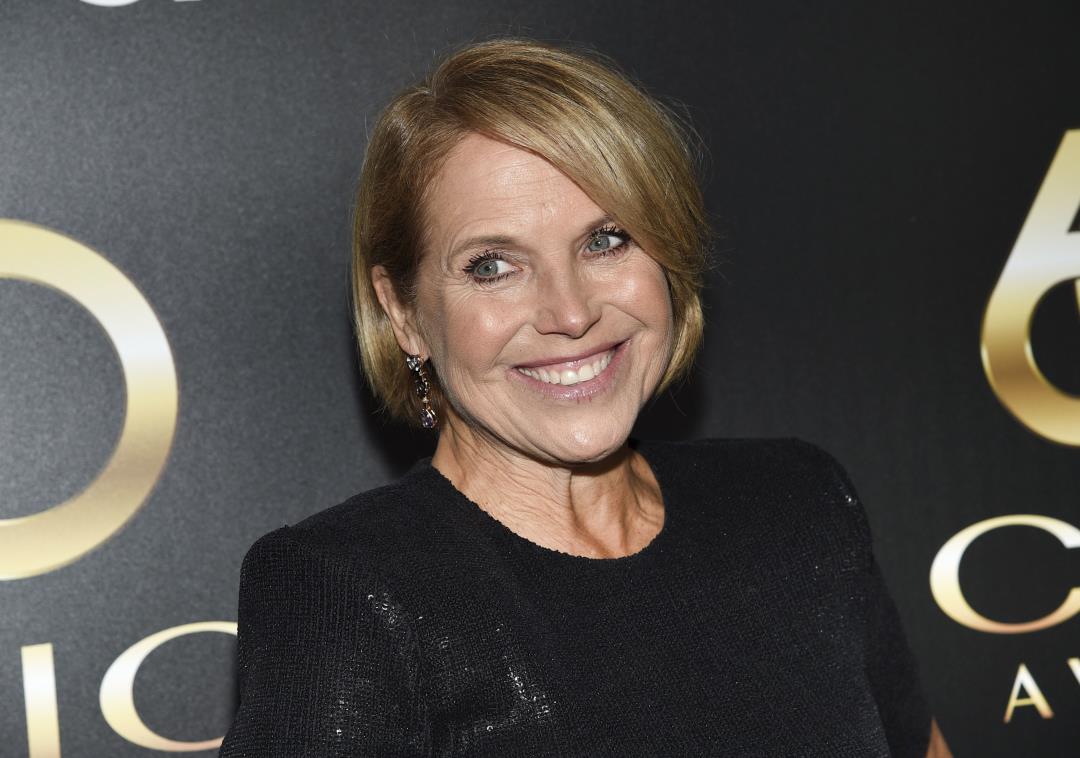 Katie Couric Memoir Opens Up Can of Worms on RBG Interview

(Newser)
–
Katie Couric’s memoir Going There is due out Oct. 26, though where she went within its pages has started a journalistic ethics firestorm. The controversy centers on a 2016 interview Couric had with Ruth Bader Ginsburg, in which the Supreme Court justice, who died in September 2020, made some eyebrow-raising remarks about athletes like Colin Kaepernick who were kneeling during the national anthem at sports events. It’s not the interview itself that’s once more attracting headlines—instead, it’s a revelation from Couric in her book that she edited one of Ginsburg’s remarks out of the interview to “protect” her. More on this story: