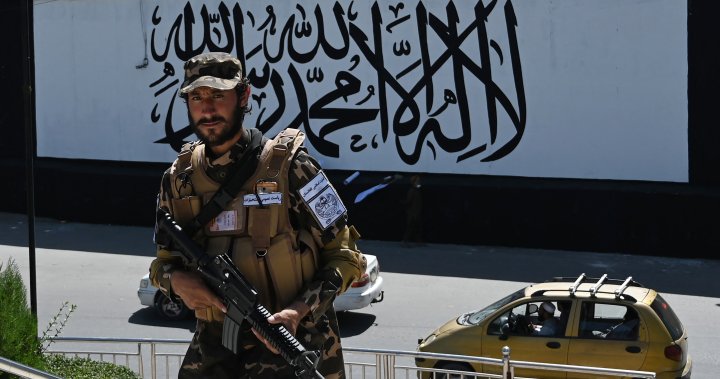 The closure of Kabul safe houses that offered shelter to Afghans who aided the Canadian mission during the war in that country has devolved into an “absolute crisis,” says one of the veterans who has been fighting to help more Afghans at risk from the Taliban come to Canada.

In an interview with The West Block‘s Mercedes Stephenson, Tim Laidler from the Veterans’ Transition Network said he and others had been hoping to keep the safe houses open until all Afghans who helped Canadian troops can be evacuated to safety.

But he said the answers as to why the federal government has decided not to fund those safe houses have been confusing and hard to get.

“I think a lot of people on our team were really counting on the government to come in and fund the safe houses, but that did not happen in the end, and that’s what ultimately led us here today,” he said.

“Why has the Canadian government told you they won’t provide money?” Stephenson asked.

“There has been different policies sort of alluded to, like the Canadian government will not pay for housing for people who are awaiting refugee claims to come to Canada,” Laidler said.

“The election being called in the middle of all this is another reason. People said they weren’t able to approve this sort of funding. So we’re as confused as ever. But what we do know is that there’s still hope.”

He said the group is still raising funds in order to try to get people out of Kabul, and they hope to be able to provide safe houses once again. But the focus right now, he said, is on helping the “thousands of people” they are in direct contact with, and are already approved to come to Canada.

The safe houses have been providing refuge to more than 1,700 Afghan interpreters and their families since the Taliban seized control of the country in a lightning advance culminating in the collapse of the capital in August.

So far, groups of veterans had raised roughly $2 million in donations with the goal of keeping the safe houses open, but it’s estimated it will take another $5 million to do so after they closed on Friday.

Laidler said the group’s donations have come from regular Canadians as well as corporate sponsors. HIs network is eyeing chartered planes and land routes to help Afghans escape the Taliban.

READ MORE: Inside the Kabul safe houses where Afghans wait to be evacuated to Canada

The locations of the safe houses have been closely guarded, since they house hundreds of Afghans left behind by Canada after a hurried and unprecedented international evacuation. It involved the hurried departure of allied diplomats, officials and military personnel as the Taliban stormed in.

Many left behind are being hunted by the Taliban for helping Canadian and allied military and diplomatic missions.

Global News journalists gained exclusive, rare access to some of the safe houses, hearing harrowing stories from Afghans who said the Taliban had visited their homes in search of them.

“We are their enemies,” said a resident, now a former Canadian Forces interpreter who goes by Eric and did not want his full name published.

“They will take their revenge.”

One former interpreter who worked with the Canadian military is Maroof, not his real name.

Global News is protecting his identity because even though he is safely in Canada now, his family remains in Afghanistan.

He said people still there, who were approved to come to Canada, are struggling.

“Nothing else is left for them,” Maroof said, noting he spoke to some as recently as last week.”They didn’t know where to go: stay in Kabul or go to their provinces because threats are from everywhere. They were disappointed and hopeless.”

He urged the government to speed up the process for those still left behind, and to work to get more evacuation flights back into Kabul: “They have lost everything what they had.”

With files from Global News’ Stewart Bell and Jeff Semple.

Obituary: Lionel Blair, veteran performer who became a TV institution on ‘Give Us a Clue’