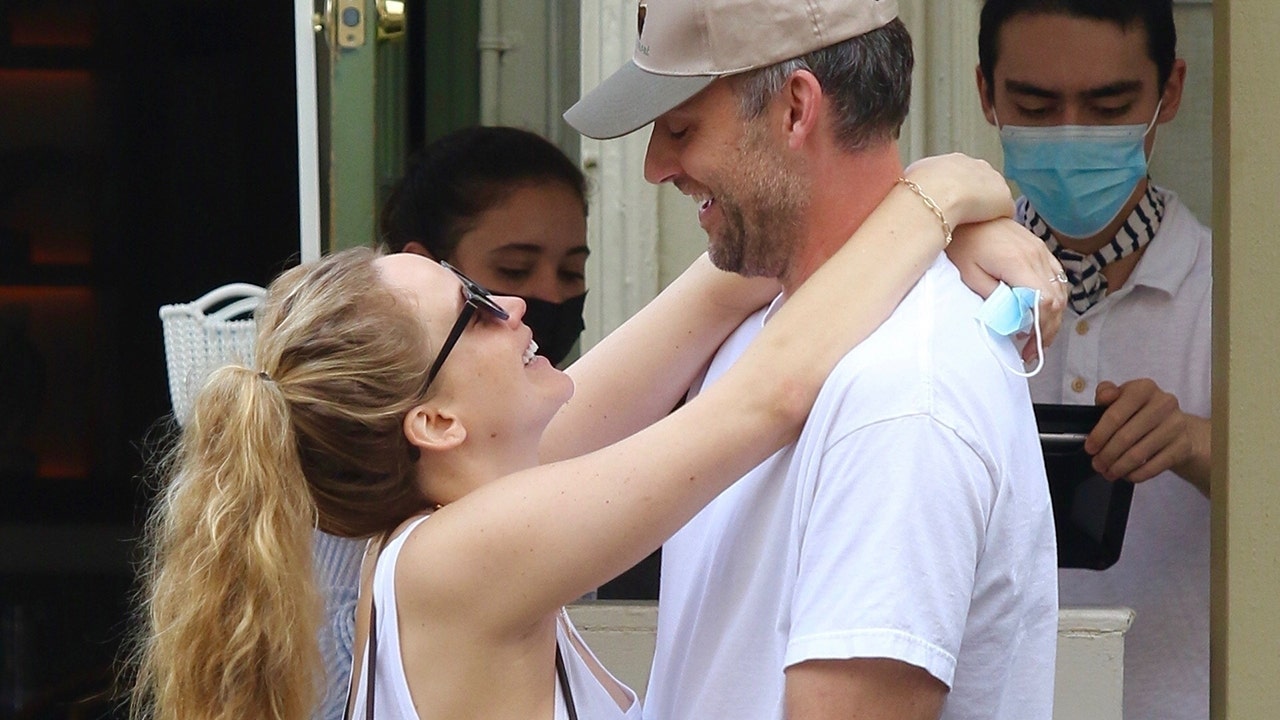 Jennifer Lawrence showcased her baby bump on Friday during an outing with her husband Cooke Maroney.

In new photos obtained by Fox News, the award-winning actress and her husband appeared to be very much in love as they stepped out for a casual lunch in New York City.

Photos show a pregnant Lawrence dressed down in black leggings, a white tank and her long, blonde hair pulled up in a ponytail. Lawrence wrapped her arms around Maroney’s neck as the couple waited outside of an establishment. The sweet PDA-filled moment showed Lawrence glancing up at the art gallery director with a big smile.

JENNIFER LAWRENCE SPOTTED OUT AND ABOUT IN NYC FOLLOWING PREGNANCY ANNOUNCEMENT

Parents-to-be Jennifer Lawrence and husband Cooke Maroney look all loved up while having a sweet PDA moment after having lunch in downtown Manhattan.
(Backgrid)

Maroney also appeared to be in good spirits. He matched Lawrence in a simple white T-shirt, black pants and a hat.

The actress’s baby bump was on full display in a second photo where she’s holding a face mask and donning black sunglasses.

Representatives for the “Hunger Games” star, 31, confirmed the news that she’s expecting to People magazine in September.

Lawrence and Maroney were first linked in 2018 before getting engaged in February 2019. The couple tied the knot in 2019 during a ceremony held in Newport, Rhode Island at Belcourt Castle.

The ‘Hunger Games’ actress’s pregnant belly was on full display as she threw her arms around her husband.
(Backgrid)

“It’s just — this is the one, I know that sounds really stupid but he’s just, he’s — you know. He’s the greatest person I’ve ever met, so I feel very honored to become a Maroney,” she added.

A source also recently told People that Lawrence has “wanted a family for a long time.” “She loves married life, and they have a solid foundation for a baby. She is very happy and looking forward to being a mom,” the insider added.

How this ex-investor identified his $1 billion business idea