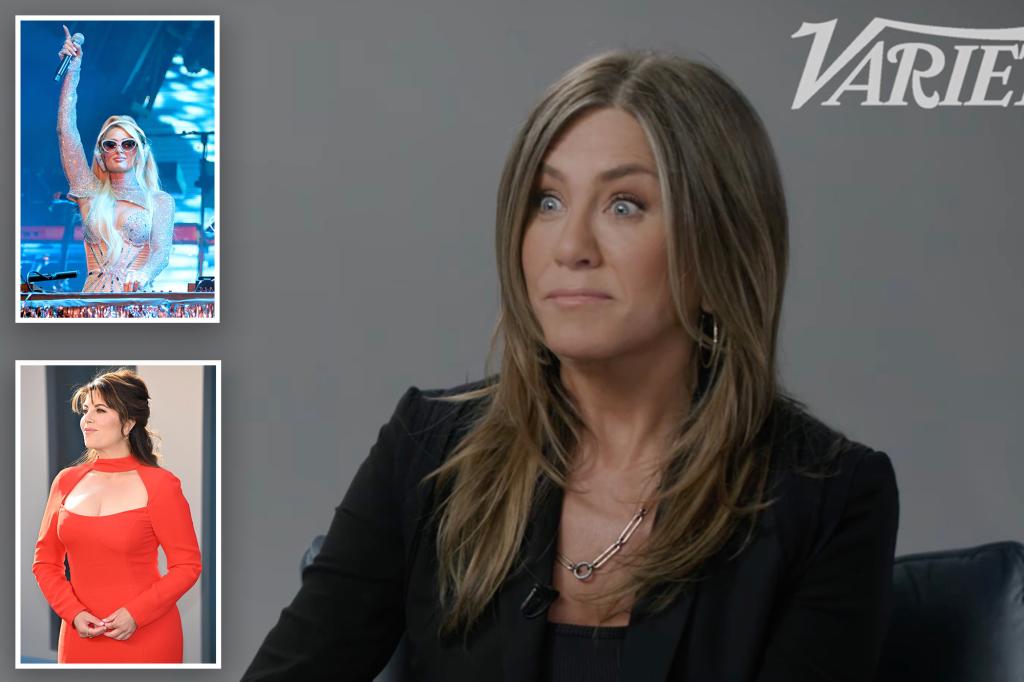 Jennifer Aniston is facing backlash for comments she made about influencer culture and the way young people are finding fame.

Aniston, 53, spoke to Sebastian Stan, 39, during an Actors on Actors interview for Variety about fame in 2022. She spoke on how personalities like Paris Hilton and Monica Lewinsky ascended to fame with the rise of internet culture.

They were discussing the Pamela Anderson and Tommy Lee Jones sex tape, which led the “Friends” star to talk about internet culture at the time of the leak.

Hilton’s sex tape with then-boyfriend Rick Salomon was leaked on the internet in 2004 and Lewinsky was infamously involved in a sex scandal with former President Bill Clinton in 1998.

“I always say I feel lucky that we got a little taste of the industry before it became what it is today, which is just different — more streaming services, more people,” Aniston said.

Fans are accusing her of trying to “gatekeep” fame.

Some pointed out that both of Aniston’s parents, John Aniston and Nancy Dow, are actors, and suggested she benefited from nepotism.

“No in a way I see what she’s saying but also both her parents are actors,” another said.

“Both her parents were experienced actors lol,” a Twitter user wrote. “If someone has talent and the only thing keeping them from success is the NEPOTISM *ahem*, discrimination, scarcity of opportunity in general, etc etc, why shouldn’t they use these networks to build a platform for themselves?”

Others spoke in Aniston’s defense, arguing she was right to say that the internet and social media platforms have changed who gets roles.

“She’s not wrong… the early 00’s was revolutionizing. You actually had to have talent,” one fan wrote.

“She kind of has a point though. Trained actors and those just coming out of training have been getting sidelined for influencers with no training whatsoever for a while now. And it’s happening across the board, no matter the race/class. Usually those influencers are white, too,” another added.