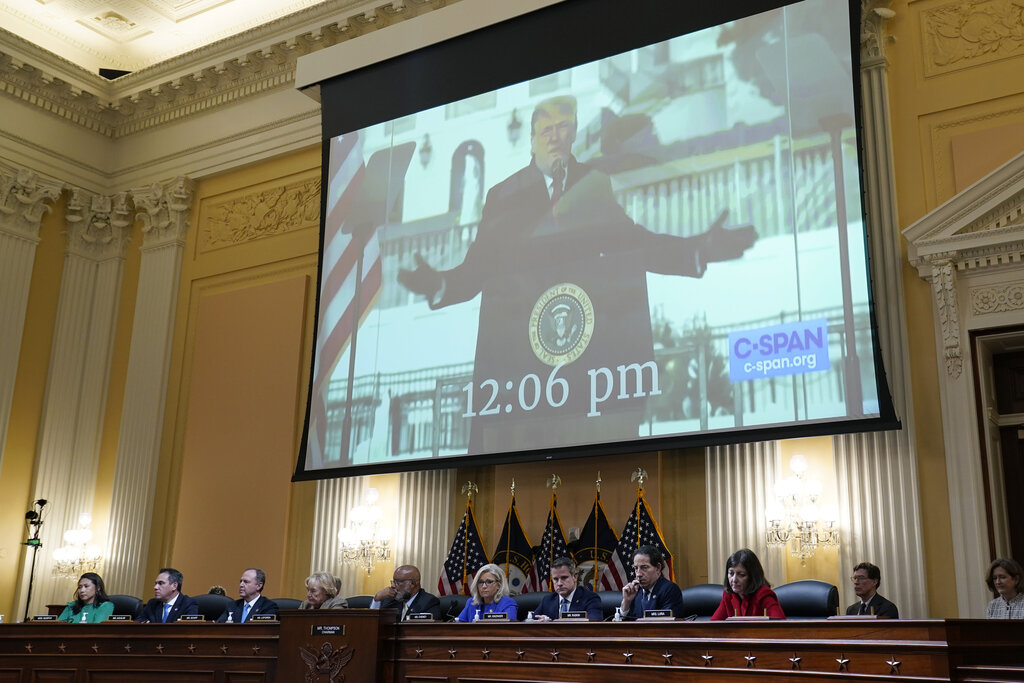 The House Committee investigating the Jan. 6 assault on the US Capitol by a mob of Trump supporters has postponed the hearing scheduled for Wednesday to give more time to assemble videos and exhibits.

California Democrat Zoe Lofgren, a member of the committee, said on MSNBC’s “Morning Joe” the production is an “exhausting exercise” for the small video team.

“We were going to have one, two, three in one week and it’s just, it’s too much to put it all together,” Lofgren said. “So we are trying to give them little room to do their technical work is mainly it.”

The panel, made up of seven Democrats and two Republicans, announced the postponement early Tuesday morning.

The next hearing, the third in a series, will occur on Thursday morning.

Wednesday’s hearing was to focus on alleged pressure placed on Justice Department officials by former President Donald Trump to convince state election officials to reconsider and recalibrate results of the 2020 presidential election.

In a short announcement about the postponing of Wednesday’s hearing, the committee said more details would soon be released. It plans to hold seven hearings in all.

Heather Kovar to return to CBS6 this weekend

US missiles credited as key in Ukraine fight with Russia