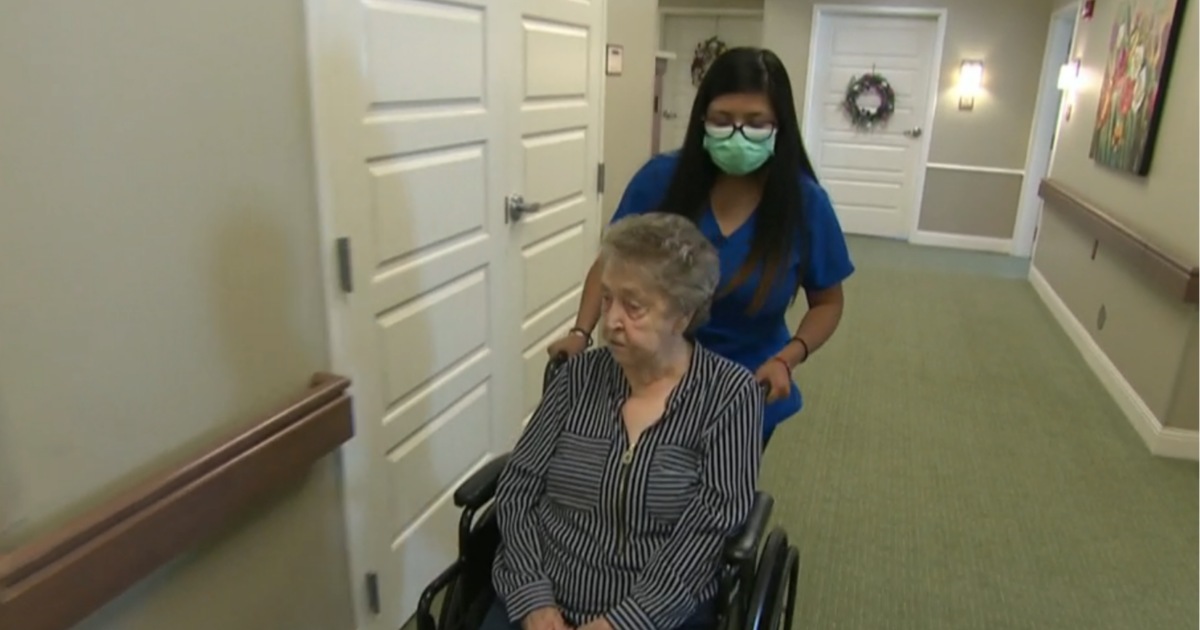 Newton, North Carolina — A majority of nursing homes in the U.S. are facing staffing shortages, according to a recent survey, which can result in unsafe conditions for the nation’s elderly.

The survey, released this month by the American Health Care Association, found that 98% of nursing home operators are having trouble hiring, 59% said they are losing money, and 73% said staffing issues could force them to close.

“I think COVID took it to a different level,” said Amber McIntosh, the executive director of Abernethy Laurels, a senior living community outside Charlotte, North Carolina.

“I have never been to a place which was fully staffed yet,” Clarke said.

The impact the staffing shortages have had on care is “bad,” Clarke said, adding that she will hear residents yelling and “you go in their room and they’re on the floor.”

McIntosh calls CNAs the “backbone” of nursing homes. Without them, she says, they cannot function.

Last January, North Carolina investigated two deaths at Pine Ridge Health and Rehabilitation Center in the city of Thomasville. Investigators found that one nurse and two CNAs cared for 98 people. The center was subsequently sanctioned.

This month, the union representing a quarter-million nursing home workers demonstrated for better pay and staffing.

“The status quo is unsustainable for workers in this industry, for the residents that are cared for, and for the best employers,” said Mary Kay Henry, president of Service Employees International Union.

To recruit more CNAs like Sanchez, Abernathy Laurels raised pay to $16 per hour. It also started paying to train and certify new CNAs.

“It was an investment,” McIntosh said.

But most nursing homes remain understaffed, some dangerously so.

“It’s just a form of neglect, and I don’t want to be part of that,” Clarke said.

Mark Strassmann has been a CBS News correspondent since January 2001 and is based in the Atlanta bureau.

Denial of responsibility! Elite News is an automatic aggregator of the all world’s media. In each content, the hyperlink to the primary source is specified. All trademarks belong to their rightful owners, all materials to their authors. If you are the owner of the content and do not want us to publish your materials, please contact us by email – [email protected]. The content will be deleted within 24 hours.
nursing home
0
Share FacebookTwitterGoogle+ReddItWhatsAppPinterestEmail

Instagram’s age verification keeps teens from pretending to be adults