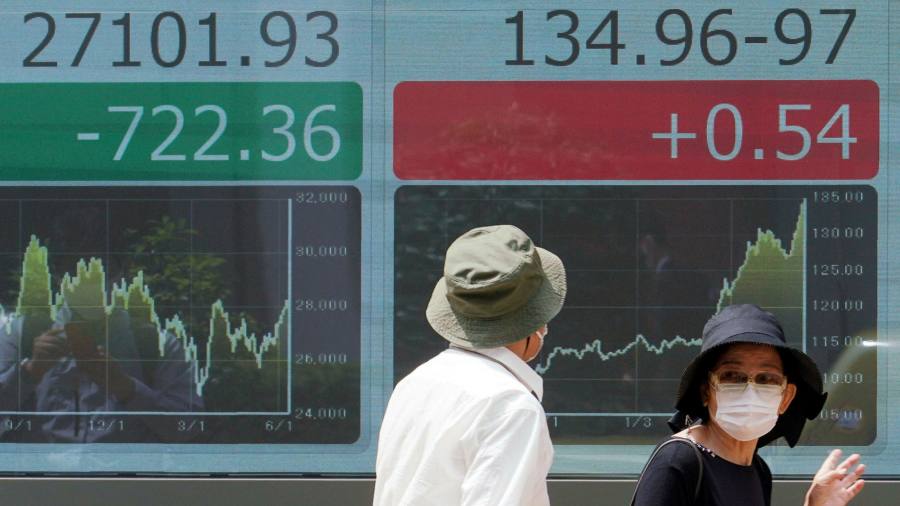 Is ‘Made in Japan’ back with the weaker yen?

At Shiseido’s grand unveiling of its new plant in the southern port of Fukuoka last month, its chief executive Masahiko Uotani flaunted the branding power of its “Made in Japan” products for its consumers in Asia.

Since 2019, the cosmetics giant has spent ¥145bn ($1bn) on the construction of three new plants in Japan, sparking debate over whether the yen’s drop to a 24-year low against the dollar has triggered “reshoring”.

The narrative is an alluring one. Prime Minister Fumio Kishida has positioned economic security at the heart of his economic agenda, pushing for the return of production from overseas with an explicit intention to reduce the country’s reliance on Chinese supply chains.

Skincare products are certainly not vital to national security, but the economic impact of boosting domestic manufacturing is still significant. Shiseido has said it plans to create as many as 900 jobs at the Fukuoka plant. That could, in theory, drive a virtuous cycle of increased production, income and spending for the local economy.

But unfortunately, Shiseido’s move does not signal the return of Japanese manufacturing — at least not in a meaningful way. Uotani’s decision was taken long before the recent bout of yen weakening, and Shiseido has not cut back on any of its global manufacturing capacity to boost production at home.

Others are also unlikely to unwind the global production bases they have spent decades finessing to reduce their exposure to currency volatility. With a tight labour market, there are simply not enough workers in Japan even if companies wanted to bring back production.

There could be a trickle of “reshoring” among Japanese companies, but that is likely to be limited to production of higher end products on a smaller scale. And analysts say the yen’s fall is unlikely to ignite the jump in export volume Japan’s economy experienced in the past when its currency was weak. This is because many businesses no longer manufacture high-volume commodity products at home.

The weaker yen and the rising cost of imported goods pose an awkward dilemma for the Kishida administration ahead of elections for Japan’s upper house of parliament in July.

Government and central bank officials have argued that the weaker yen remains broadly positive for Asia’s most advanced nation. But it will be mainly the big corporations with overseas operations and their network of suppliers that will reap the immediate benefits as profits earned overseas are boosted by the yen’s fall.

Without a gradual increase in wages, the weaker yen will bring short-term pain for households and small and medium-sized businesses in the form of soaring costs of food, energy, materials and logistics. This explains the public uproar last week that forced Haruhiko Kuroda, Bank of Japan governor, to retract his claim that consumers had become more “tolerant” of price rises.

In a recent poll conducted by Kyodo News, 64 per cent of those surveyed said they did not think highly of Kishida’s efforts to address rising prices, while 58 per cent responded that Kuroda, who plans to step down next year, was not suited for the role of BoJ governor.

As was the case in recent elections in Australia and France, higher living costs will be a key issue in the upper house elections in Japan next month. For Kishida, his response to rising prices will also be a test case for his “new capitalism” programme, which is designed to address the exact challenges posed by the weaker yen.

Since being appointed last year, the prime minister has argued that past forms of capitalism have not been “inclusive” enough, with their benefits not shared by the wider segment of the population. According to a draft of his economic agenda released earlier this month, Kishida places some of that blame on companies’s failure to invest in their employees.

Japan had a decade of Abenomics defined by aggressive monetary easing, economic stimulus and government pressure on companies to invest more. But this failed to achieve faster growth in pay to boost consumption and drive a virtuous cycle of demand and inflation. If Kishida does not move fast, the biggest risk is that the momentum for wage growth could be lost if global inflation leads to a worldwide recession.

Why the Hen Party of the 1930s matters to feminism

What to watch on Friday: ‘Stranger Things’ season 4 finale…

Ohio Police Officers On Paid Leave After Fatal Shooting Of…

Rays aim to stop slide in game against the Blue Jays