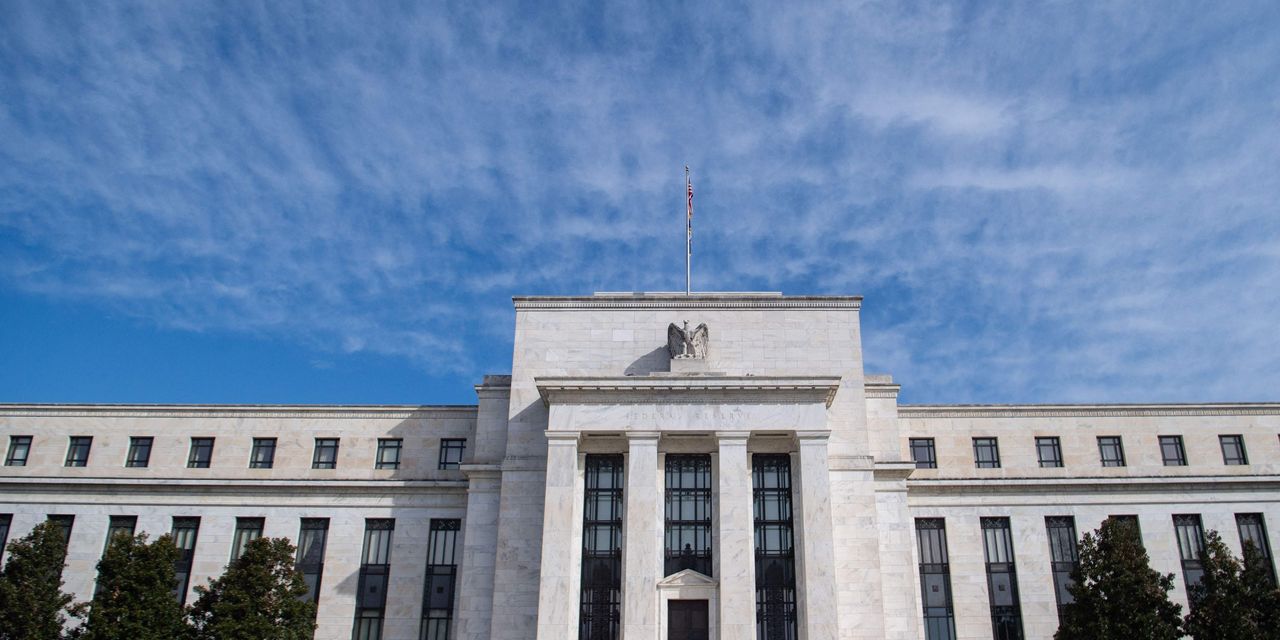 Two bad inflation reports on Friday are likely to lead more Federal Reserve officials to support plans to raise interest rates by at least another 2 percentage points this year, a slightly faster pace than some had envisioned recently.

The latest data also raised questions over whether the central bank would change its tactics as it seeks to combat high inflation.

Before the reports, Fed officials had signaled they were likely to raise rates by a half percentage point at their two-day meeting next week and to continue doing so until inflation diminished. While a few analysts speculated on Friday that the Fed might surprise markets with a larger 0.75-percentage-point rate rise, such an increase would represent a departure from how Fed Chairman

and his colleagues had guided market expectations in recent weeks.

At a news conference last month, Mr. Powell said inflation had been too high. The central bank would need to be nimble but would also “strive to avoid adding uncertainty,” he said.

Fed officials said in recent weeks they were likely to support another half-point rate rise at their meeting in July, but that was before Friday’s reports.

Mr. Powell has said the Fed would be guided by the economic data to come, and Friday’s figures were likely worse than what officials had anticipated.

Mr. Powell has also suggested that the effectiveness of Fed policy moves depends more on ensuring that markets properly anticipate where rates are headed over time than on the size of the individual increases at any particular meeting. “Monetary policy works through expectations,” he said in the interview. “Financial conditions overall have tightened significantly…and that’s what we need.”

The Labor Department reported Friday that its consumer-price index rose 8.6% in May from the same month a year ago, pushing inflation to a new 40-year high. Rising fuel prices and supply-chain disruptions from Russia’s war against Ukraine have sent prices up in recent months.

Separately, a University of Michigan survey of consumers’ long-term inflation expectations rose to its highest level since 2008. The measure is very important to Fed officials because they believe such expectations can be self-fulfilling.

Fed officials didn’t comment on Friday’s reports because they are in their traditional premeeting quiet period ahead of their gathering that begins in Washington next Tuesday.

The data suggest the Fed’s policy path could evolve in two different ways in the coming weeks. Officials could stick with their current strategy of raising interest rates in half-percentage-point increments indefinitely until they see signs that inflation is conclusively downshifting.

Alternatively, Mr. Powell and his colleagues could open the door next week to even larger increments of rate rises as soon as July, depending on how the data evolve. Mr. Powell is set to testify before Congress on June 22-23.

There are several steps the Fed could take next week to signal a more aggressive policy path without surprising markets with a rate increase larger than a half point. For example, the interest-rate and economic projections to be released Wednesday could project a higher endpoint for rate rises as well as a higher unemployment rate. The latter would implicitly acknowledge rising recession risks.

last week said he would support continuing to raise rates by half-point increments until inflation is coming down closer to the central bank’s 2% goal. Cleveland Fed President

made similar views in a speech last week.

While no Fed officials have recently endorsed raising rates by 0.75-percentage-point, or 75 basis points, investors in interest-rate futures markets on Friday began to place greater odds on such an increase at the Fed’s meeting in late July.

Economists at Deutsche Bank on Friday said they expected the Fed would continue to raise rates in half-point increments at their next four policy meetings before downshifting to a more traditional quarter-point increase in December. But they said there was a risk that Mr. Powell “opens the door to a 75-basis-point hike at the July meeting.”

Friday’s inflation data offered few signs of optimism for the central bank because price increases were broad-based in May. One measure of housing costs posted its largest monthly gain on a seasonally adjusted basis since 1990, while residential rents notched their largest monthly gain since 1987. Due to how rent and housing inflation is compiled, the data reported for the consumer-price index is heavily lagged. The upshot is that shelter costs could continue to keep inflation pressures high through the summer.

At the start of this year, Fed officials had been banking on inflation diminishing as supply chains improved. But Russia’s invasion of Ukraine has pushed up prices for food, energy and commodities.

The Fed’s staff raised slightly its projection for inflation at last month’s meeting because of the slow resolution of supply constraints, a higher projection of import prices and a judgment that wage increases would push up prices of services more than previously assumed.

Tighter labor markets and low housing-vacancy rates could fuel higher wages and rents, respectively, which are two sources of inflation that tend to be more persistent and harder to wring out of the economy without a downturn.

The prospect of rising prices for services, which are especially labor-intensive, could easily swamp any easing of price pressures for goods that many economists still expect to see at some point.

Ukraine’s Zelenskyy on food crisis, prices amid war with Russia

PGA, LIV Golf stars to fight for major title at US Open