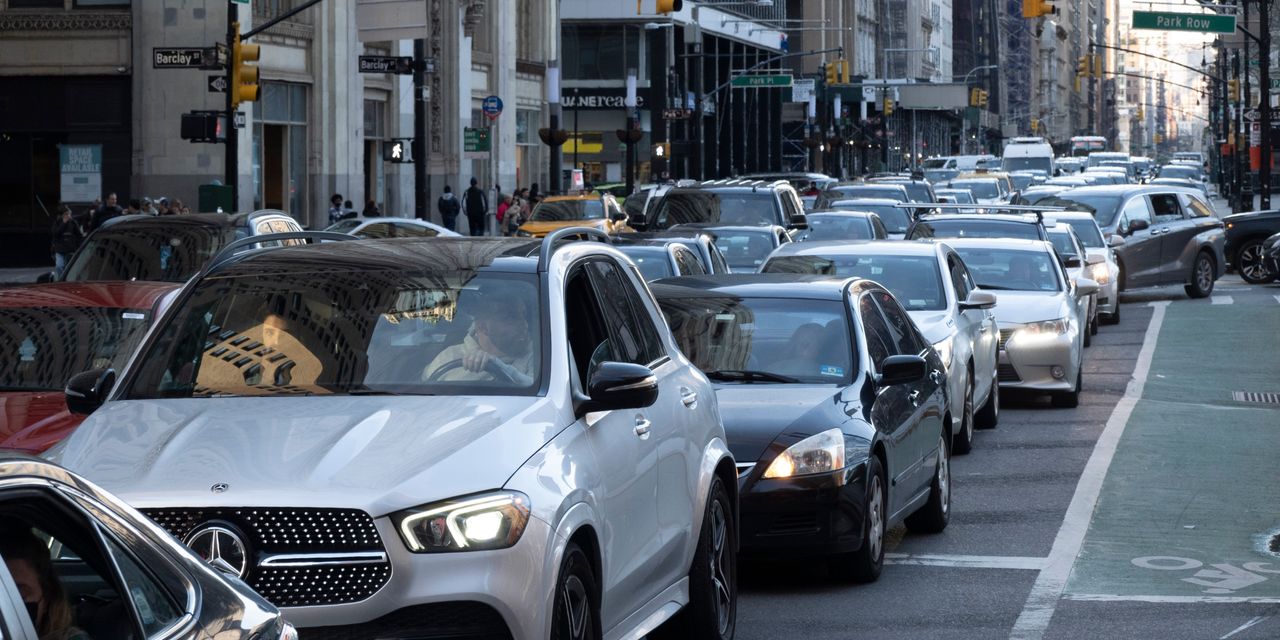 reported it swung to a $1.04 billion loss for the second quarter as inflation drove up costs to repair and replace automobiles and pay for injured people’s medical care.

The company said it is accelerating efforts to raise premium rates to cover those expenses.

on Wednesday posted a 97% decline in its second-quarter net income, also stung by realized investment losses and other interest-rate-related items.

There was also good news at the New York company: Covid-19 claims declined, and its big unit for selling group life insurance and other employee benefits posted improved results.

said in an interview that the quarterly results “obviously are not acceptable.” He added: “We have a plan to fix that,” including stepping up efforts to obtain regulatory approvals for higher rates for its auto and home policyholders “to reflect the fact that it costs more to fix stuff.”

In the year-earlier quarter, Allstate had net income of $1.6 billion. In the most recent period, its catastrophe claims also jumped, by 16% to $1.11 billion, as hail and windstorms swept Texas, various Midwestern states and Canada.

To rectify Allstate’s situation, Mr. Wilson said that Allstate will build on premium-rate increases that averaged 6% in the first half of the year nationwide, with state regulatory approvals varying by state.

“In states where we are not getting an adequate rate,” he said, Allstate will limit the amount of new business it adds. It also will reduce advertising expenditures in an effort to slow growth while it gets higher rates in place.

MetLife reported net income of $103 million, down from $3.37 billion the year before. The most-recent results included $944 million in net derivative losses in a financial hedging program to protect against declines in interest rates and certain other events.

MetLife’s year-earlier results were buoyed by a gain from the sale of its car- and home-insurance unit and outsize earnings from a slice of its investment portfolio held in private-equity funds. While interest rates rose in the period, the company’s investment portfolio continues to hold lower-yielding bonds, and investment income slipped.

called it “a challenging environment.”

The Newark, N.J.-based insurer reported a net loss of $565 million for the three months through June, compared with net income of $2.2 billion in the same period year earlier.

Among items that caught some analysts by surprise, Prudential took a net after-tax charge of $1.05 billion from an annual update of assumptions for its reserves and other refinements. It also had realized investment losses.

Prudential’s life-insurance charge was mostly tied to certain universal-life policies with premium-rate guarantees. Insurers invest premiums until needed to pay claims, and as interest rates stayed at ultralow levels for so long, insurers in general have earned less than anticipated on such guaranteed-rate policies.

Prudential said it now expects a greater number of consumers to hold on to these policies than it previously anticipated.

said his team is “confident that our higher rate environment will benefit our businesses over time despite the short-term impacts on our financial performance.”

Pelosi meets with TSMC in Taiwan