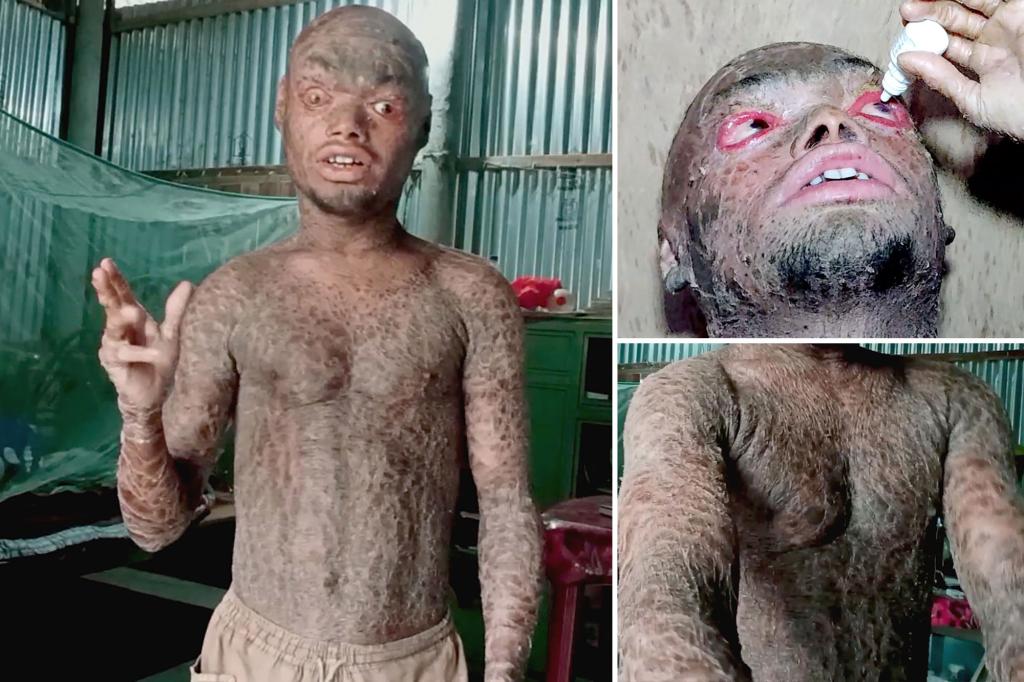 An Indian man is being dubbed the “snake man” by his peers due to his rare, life-threatening condition in which he sheds his skin on a weekly basis. He detailed living with the debilitating ailment in a YouTube documentary by Rare Shot News.

“Children got scared of me,” said Majibar Rehman Malik, 25, in the clip. The Bihar, West Bengal, native suffers from erythroderma, also known as generalized exfoliative dermatitis, a severe and potentially fatal inflammation of most of the surface area of the patient’s skin. Affecting only 1 per 100,000 people annually, the epidermal ailment is caused by a variety of factors, including adverse reactions to medicine and preexisting conditions like skin cancer — but can also develop spontaneously.

It is believed that Malik’s condition, also known as “red man syndrome,” began a few days after his birth, Jam Press reported. However he said when his parents took him to the clinic, “the doctors didn’t know about the disease.”

They advised the family to go to a bigger facility, however, the family is reportedly unable to afford the exorbitant hospital bill.

As a result of his snake-like affliction, Malik’s skin sloughs off every few days, and he’s covered nearly head to foot in scaly patches, as seen in the video.

While the symptoms improve in the summer, “in the winter the skin becomes dry and cracks,” Malik lamented. He’s then forced to put drops in his eyes as he is unable to blink, according to Jam Press.

The struggle isn’t merely physical: Malik, who reportedly had a passion for learning growing up, claims that when he attended school, his classmates got so “scared” at the sight of him that the institution eventually threw him out.

Thankfully, the courageous man has managed to stand strong in the face of the debilitating disease and has even made erythroderma part of his identity.

Heeding the advice of his brother, Malik has chronicled his experience on Instagram in order to spread awareness about the disease.

“I want to tell everyone who is like me, I want to say to all my followers to keep loving me like this,” he said in the doc.

US home construction is plunging as mortgage rates rise — Quartz