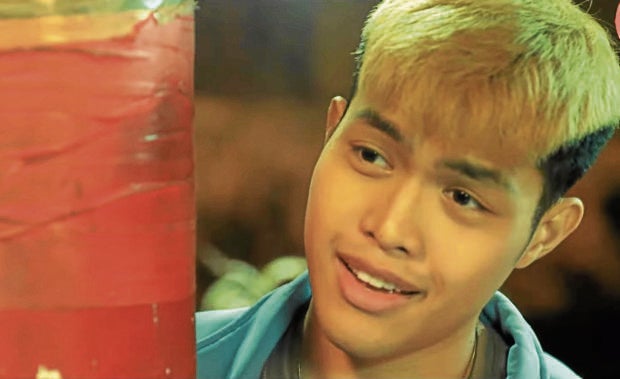 ‘I have to make him relatable’: Elijah Canlas thriving in his character’s strengths, imperfections

I don’t always agree with my character. In fact, there were times when I even found him annoying,” said actor Elijah Canlas of Dos, the aspiring boxer he portrays in TV5’s movie-series “Suntok sa Buwan.”

“Dos is very head-on. He doesn’t always think of what his next actions would be. He goes by his gut feel. He would often base his actions on what he was feeling at that particular moment. From an outside perspective, Dos is imperfect, something that I like. And Dos can be really annoying, sometimes, which I also like. This is because, as an actor, I have to find ways to keep loving the character I play, to make him sympathetic and relatable to the viewers,” Elijah told reporters during a recent virtual chat. The team was shooting on their set in Baguio City.

Dos is the son of Jimmy Boy Laurente (Aga Muhlach), a retired boxer who is diagnosed with Stage 3 cancer. With his father’s guidance, Dos trains to fight and become a professional boxer as well.

“The most obvious preparation I had to do was to learn boxing. I trained in Manila, then here in Baguio. Every time we had boxing scenes, I rehearsed with two coaches. I also have two more coaches on the set—Kuya Aga and Albie [Casiño]. They teach me things, which I find very useful during shooting,” Elijah pointed out.

Elijah said he was thankful that he gets to do boxing scenes with Albie, who is a really good boxer in real life. “He’s already become my boxing consultant. I remember that on the first day of the shoot, he would give me tips, like, ‘Hey! You should do this and don’t put your elbows out.’ Also, I observed that whenever we shoot scenes with other boxers, some of the punches thrown would really hit me. I know this wasn’t intentional and that this really happens sometimes, but with Albie, he was really there to support. I guess it’s because he’s an actor, too. I’m grateful to him for always keeping everything safe.”

The actor said he would likewise learn new things from his Kuya Aga almost every day. “This is apart from his words of wisdom. I also learn from observing him and his process. I would note how focused and hardworking he is,” said the young actor, who then turned to Aga. “Sometimes, I want to just keep your wisdom to myself, Kuya.” 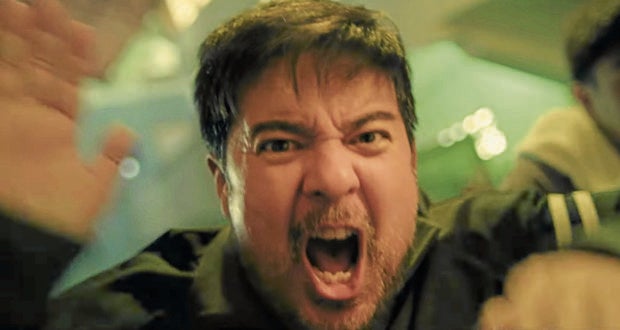 Elijah admitted that he felt pressured over the idea that he would be working with Aga, who’s one of his idols. “It was amazing that when we did start working, everything was smooth-sailing. I still feel nervous sometimes, but most of the time, because I really love what I’m doing, I’d be ready for anything.

“I like the pressure. It challenges me to try to become a better actor, to prepare more. Kuya Aga has a lot of surprises while doing scenes, so I have to be ready all the time,” he said.

Meanwhile, “Suntok sa Buwan” director Geo Lomuntad didn’t want to take any credit for the good chemistry that the audience sees between Aga and Elijah. “This has nothing to do with my direction. It’s all about them. Their chemistry is already so evident, even when they’re just sitting together in one chair. This was why when we shot their car scene, which is their first scene in Episode 1, everything was just one take. It was already so beautiful. They required very little help from me,” Geo pointed out.

Speaking of chemistry, the audience is also expecting to see something good from Elijah’s onscreen team-up with Maris Racal in this series. Asked to describe what it was like to work with her, Elijah said: “She’s a lot of fun, although she takes her work very seriously. When I know that my coactors are dedicated to their roles, I feel more challenged, too. 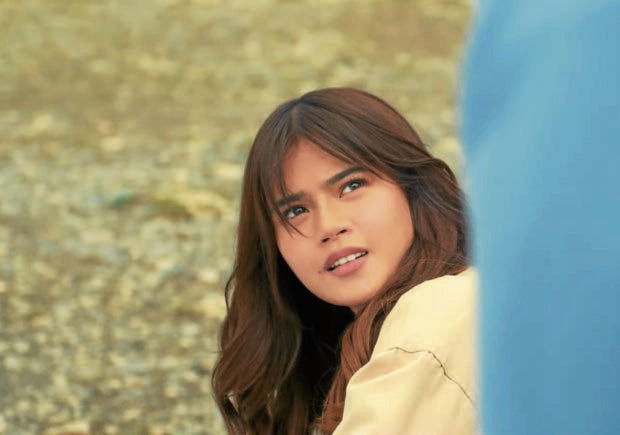 “I remember the first time I met Maris, we were about to shoot a scene when she showed me her emotional continuity graph. She even encoded it. I said, ‘Wow! I don’t even have anything like that written on paper. I should step up!’ She’s always good and well-prepared,” he recalled. “We did a scene recently and I had wanted to do a retake so I could match her energy for that scene. Also, Maris is so open. She doesn’t feel awkward when we have to hug each other in front of the camera for our kilig scenes.”

Boxing is merely an element in the story of “Suntok sa Buwan,” said Elijah, and that it offers so much more. The title comes from a Filipino idiomatic expression used by people who are having a hard time accomplishing a task or goal.

When asked what personal experience Elijah considers a “suntok sa buwan,” he replied: “It’s my whole acting career. I started in 2014, when I did my first Cinemalaya film (“Sundalong Kanin”). A year after that, I told myself that I’d quit because I had a lot of insecurities.”

He continued: “Shortly after that, I realized that I missed everything about filmmaking, that whole process of making art. When I returned, I got my big break (‘Kalel, 15,’ in 2019). Up to now, I’m overwhelmed that I’m still here, doing what I love to do.”

“Suntok sa Buwan” is a coproduction between Cignal and the tandem Antoinette Jadaone and Dan Villegas via their Project 8 Projects. It airs weekdays at 7:15 p.m. on TV 5. INQ

Ayman al-Zawahiri’s death raises questions on whether he was being sheltered by Taliban, national security adviser suggests