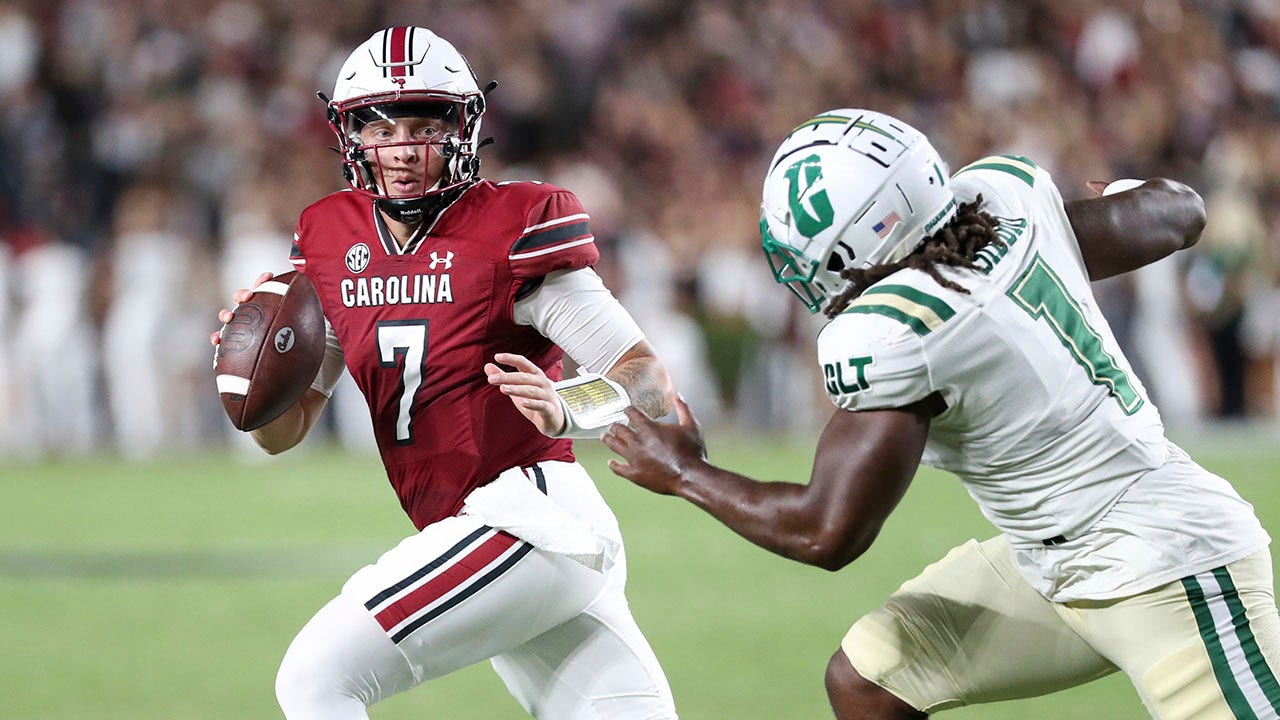 South Carolina Gamecocks and the South Carolina State Bulldogs will play on Thursday night instead of Saturday due to Hurricane Ian.

South Carolina athletic director Ray Tanner said the approaching storm looked like it would impact the area by the weekend, making the move essential to keeping fans, officials and teams safe.

The Gamecocks are seeking back-to-back wins in a season for the first time since coach Shane Beamer’s first two games in his debut season a year ago. FCS opponent South Carolina State is looking for its first-ever win over an FBS program.

South Carolina hopes to win back-to-back games in the same season for the first time since coach Shane Beamer’s first two games leading the program in 2021. A win for South Carolina State would be a tremendous upset and the Bulldogs first win over an FCS team.

WHY DID THE GAME MOVE?

The game is being played Thursday instead of Saturday due to Hurricane Ian. South Carolina athletic director Ray Tanner said the approaching storm looked like it would impact the area by the weekend, making the move essential to keeping fans, officials and teams safe.

Look for the Gamecocks to stick to the ground to gain some confidence before jumping back into the Southeastern Conference at No. 7 Kentucky on Oct. 8. The Bulldogs are last in the MEAC, giving up 257 yards rushing a game this season.

South Carolina State: LB B.J. Davis leads the Mid-Eastern Athletic Conference and is tied for sixth in the FCS with 33 tackles. He was named MEAC linebacker of the week after notching 17 tackles, including 12 solo stops, in the Bulldogs’ loss to North Carolina A&T last week.

South Carolina: QB Spencer Rattler found his footing against Charlotte, throwing for 187 yards on 17-of-23 passing. Look for the Gamecocks to turn him loose more often this week with the Bulldogs allowing 217 yards and two TD passes a game this season.

South Carolina has lost three games to FCS opponents in its history, the last coming to The Citadel, 23-20, in 2015 after Steve Spurrier resigned midseason. … South Carolina State coach Buddy Pough was a former Gamecocks assistant under Brad Scott and Lou Holtz before taking over the Bulldogs in 2002. … Pough is the school’s all-time leader in victories with a 144. … South Carolina scored on their first eight possessions in the win over Charlotte, the most points produced in Shane Beamer’s two seasons as coach. … South Carolina State will receive $500,000 for coming to Williams-Brice Stadium. … It could be a soggy Saturday as the game is likely to be impacted by Hurricane Ian’s rainfall, forecast to move inland through the Southeast and reach the Palmetto State by the weekend.

‘We lost a third of our orders after the Tories raised…

What are ‘Buy Nothing’ groups? Experts say trend can help…