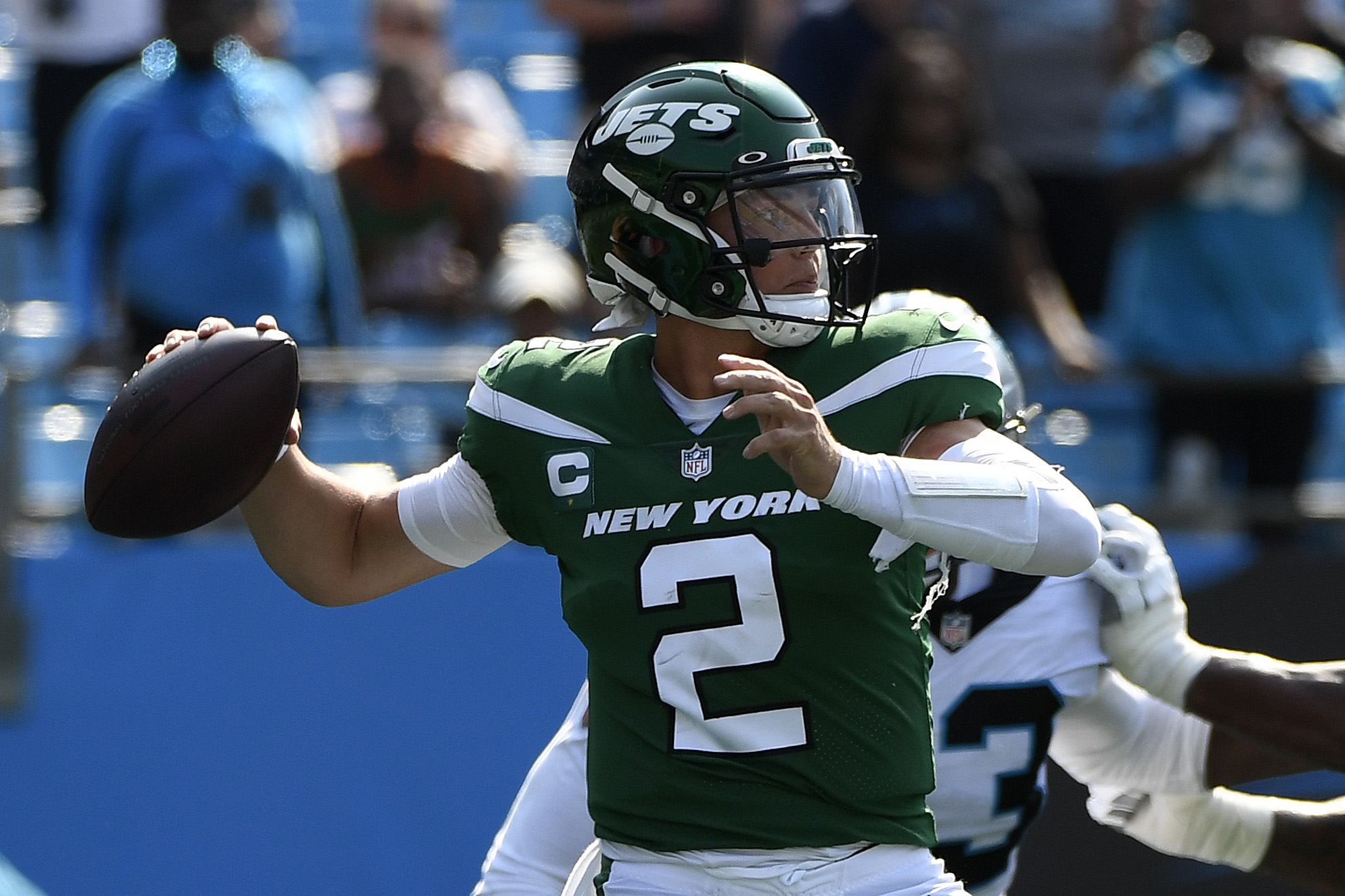 How to watch and stream online

After recording the the first win of his young career and the team’s first of the season, Zach Wilson and the New York Jets (1-3) head to London, England, to face off against the Atlanta Falcons (1-3). You’ll need to get up early to catch this game from across the pond, as it’s being broadcasted at 9:30 a.m. EST on Sunday morning.

The Jets handled business against the Titans last week in one of the biggest upsets of the NFL season so far. Wilson played great for much of the game, throwing for almost 300 yards and two touchdowns (with only one interception). He and Gang Green look to keep it up this Sunday against a Falcons team that so far has looked lost on the year — far worse than the Titans.

The Falcons’ poor play continued last week against an unimpressive Washington Football Team. Will Matt Ryan get the ice in his veins of old and steer the Falcons to a win? Or will they take another L and falter as one of the worst teams in the NFL? Wilson and the Jets hope to force the latter as he exploits that porous Falcons secondary.

What time is Jets vs. Falcons?

How to stream Jets vs. Falcons

As the NFL returns to London, the Jets game is being broadcast a little differently than normal. It will be simulcast on both NFL Network and your local NBC channel (WNYT). If you have any cable package, you’ll be able to watch NBC, but only certain packages will include NFL Network. If you don’t have cable, you can use a simple digital TV antenna and tune into your local NBC channel this way to catch the game.

But don’t worry. If you don’t have a cable TV package and you don’t want to use an antenna to watch NBC, you can easily watch the Jets game this weekend using any of the below:

If you really want to have the best chance of watching the Jets games every weekend from the Albany area, then you should consider looking into a streaming service. All of the major streaming services will include your local channels that NFL games are broadcasted on (NBC, CBS, FOX), and some include NFL Network. Additionally, you’ll also get access to that service’s library of movies and TV shows, so you get even more than you would with cable.

The best streaming services (as well as any free trials and monthly costs) for watching NFL games this season (especially this weekend since you might want NFL Network) are:

If you’re a Jets fan but you don’t live in the local area and you don’t have NFL Network, then there is still one other option to catch the game this weekend — NFL Sunday Ticket. With NFL Sunday Ticket, you’ll be able to not only watch the Jets play every weekend, you’ll have access to every single NFL game every weekend. So you’ll never have to miss a snap of the Jets’ games again.

Am I Fully Vaccinated If I Don’t Get a Booster Shot?

Georgia Senate runoff heats up in early voting after…

Protesters Kept from Entering LA Council Meeting Due to…