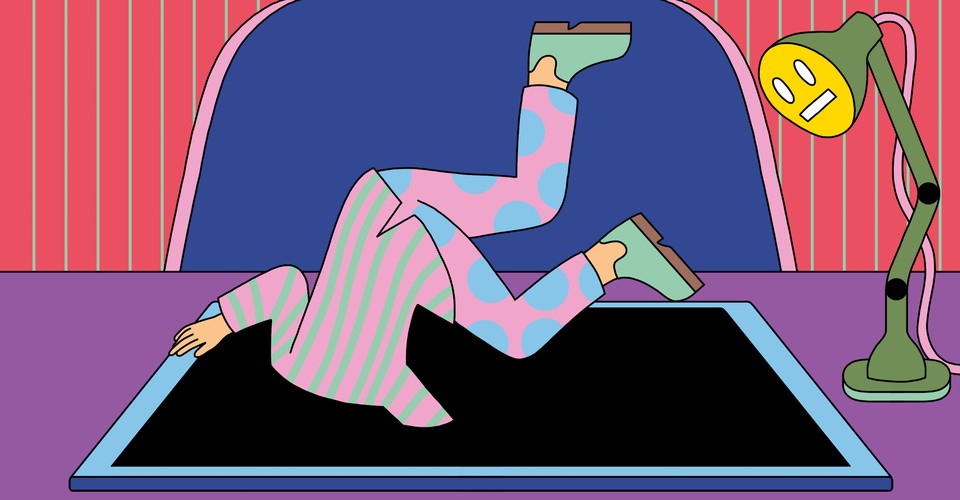 How to Break a Phone Addiction Without Quitting Cold Turkey

“How to Build a Life” is a weekly column by Arthur Brooks, tackling questions of meaning and happiness. Click here to listen to his new podcast series on all things happiness, How to Build a Happy Life.

By now, nearly everyone knows we can be addicted to our digital devices. In the words of Anna Lembke, a psychiatrist and an addiction specialist at Stanford, “Just about all of us have a digital drug of choice, and it probably involves using a smartphone—the equivalent of the hypodermic needle for a wired generation.”

The data suggest that Lembke’s claim is not hyperbole. For example, the average smartphone user rarely goes two hours without using her device, unlocks her device 50 or more times a day, and swipes or taps on it as many as 2,617 times in the process. The young are particularly afflicted: A 2018 Pew Research Center report found that 44 percent of teens said they often check their devices for messages or notifications as soon as they wake up, 54 percent said they spend too much time on their mobile phone, and 42 percent feel anxiety when they do not have it. Those who compulsively check Facebook, Instagram, or WhatsApp might have felt a version of this anxiety earlier this week, when the apps all vanished from the internet for a few hours.

A device addiction is not innocuous. It is associated with depression and anxiety. It disproportionately victimizes lonely people. According to the technology research firm CompareCamp, 26 percent of car accidents in the U.S. today are due to the use of smartphones while driving.

These problems are obvious to almost everyone; the solutions, less so. Some experts propose taxation to help curb digital overuse, similar to the way the government discourages tobacco use. Others say the only way to beat an addiction is to quit cold turkey and go device-free.

From the November 2016 issue: The binge breaker

But in a world of electronic payments, digital documents, and remote work, a truly smartphone-free lifestyle is getting less and less practical. A better—and, for many of us, more plausible—approach is to manage addictive behavior by moderating device use. This isn’t just a matter of setting screen-time limits you can easily break; rather, you can start to develop specific, concrete habits to replace the unhealthy ones that keep sending you back to your phone.

In some cases, looking for the “right” amount of an addictive substance or activity can be perilous, and the optimal level of use is zero, forever. That is the case for me with cigarettes. Quitting was one of the hardest things I’d ever done—for three years I dreamed about smoking almost every night, and today I am still drawn to the smell of anything burning, whether incense or a pile of tires.

But that isn’t always true of addictive substances, especially when in moderation they bring important benefits. Carbohydrates are a good example. A lot of research shows that some people tend to develop addictions to this essential macronutrient because the effects of consuming it can mimic the neurochemistry of drugs of abuse. But unlike with drugs of abuse, the right tactic with carbohydrates is definitely not to get rid of all of them; it is to eat them more responsibly and in lower quantities.

Read: The science of choice in addiction

The question, then, is whether digital devices are more like cigs or more like carbs. I believe the answer is the latter: To quit cold turkey would impose an enormous cost on virtually anyone who needs to manage a bank account, communicate with loved ones, call for a ride, work remotely, or perform countless other everyday tasks. So the proper approach is to find the right level to which we should aspire.

One recent study of 2,000 American adults by scholars at Microsoft, Stanford, New York University, and the National Bureau of Economic Research offers a blueprint. The researchers found that people consistently use smartphones more than they plan or want to; this isn’t big news. The authors make a real advance, however, by estimating the amount of use that can be attributed entirely to self-control problems—that is, the amount of time participants spent on their device that they would not choose to if they were not addicted. It comes to 31 percent.

From the September 2017 issue: Have smartphones destroyed a generation?

Your addiction quotient may differ based on your values, how useful your smartphone is to you, and probably also your brain chemistry. But the finding is a helpful baseline with which to set some personal goals: If you use social media more than you want to, your goal—at least to start—can be to reduce the time you spend with it by about a third.

Finding the right goal for cutting back is one thing; actually doing so is another. Some people try therapy, and psychologists have even recommended drugs to help treat related dependencies, such as internet addiction. But for those wishing to find a DIY approach, here are three practices you might find effective.

This may sound counterintuitive, but bear with me. A good deal of device overuse can be blamed on the mindlessness of it—one 2018 study of Australian adults found that 86 percent admitted to using their smartphones “automatically.” You know what I mean: If you have 15 seconds of downtime in an elevator or waiting at a red light, out pops your phone. You may not even realize you’re looking at it; you are basically just killing time.

2. Turn off your notifications.

Most addictions are associated with a neurotransmitter called dopamine. It governs desire, and spikes when we get environmental cues such as advertisements and reminders to do something pleasurable, like smoke or gamble or check our phone. Smartphones game our dopamine, most crucially through the sounds and banners indicating that someone messaged or mentioned you and you must look right now to satisfy your curiosity.

The solution is simple: If you have a smartphone, turn off all the notifications, except perhaps the ones you need to stay employed, and the ringer for when your mother calls.

If you’re trying to eat healthier, a common piece of advice you might hear from a nutritionist is to avoid having junk food in the house. The idea is that unhealthy eating, a choice you might otherwise make without thinking, should require effort.

The same idea applies to the phone. Silo off parts of your home where your phone is not physically proximate, such as the dinner table and the bedroom. My personal strategy is to plug in my phone in the kitchen at night before I go upstairs to bed. It’s a habit, and, as a result, I never miss my phone when I am going to sleep. If I wake up during the night, going to check it would take a lot of effort, so I don’t.

Read: Your smartphone reduces your brainpower, even if it’s just sitting there

Some people take this even further. The digital-technology scholar Cal Newport advocates the “phone foyer” method, wherein he leaves his phone by the front door when he walks into his house, and doesn’t put it in his pocket until he leaves again. If he needs to look at it, he does so only in the foyer.

Addiction is a hateful thing, stripping us of freedom. As the Greek Stoic philosopher Epictetus taught in his Discourses, “No man is free who is not master of himself.” Addiction is doubly hateful when its ill effects make a profit for others, whether they be tobacco companies, social-media advertisers, or smartphone makers.

From the November 2021 issue: Facebook is an authoritarian state

Epictetus wasn’t writing about digital subjugation, but he could have been. He also provides the single most important lesson to remember as we seek to shake free of the demon screen: Be alive, right here, right now. “Quit the evasions. Stop giving yourself needless trouble,” he wrote. “It is time to really live; to fully inhabit the situation you happen to be in now.”

Rafael Nadal withdraws from Laver Cup after doubles with…

Republicans Have a Special Obligation to Venezuelan Migrants