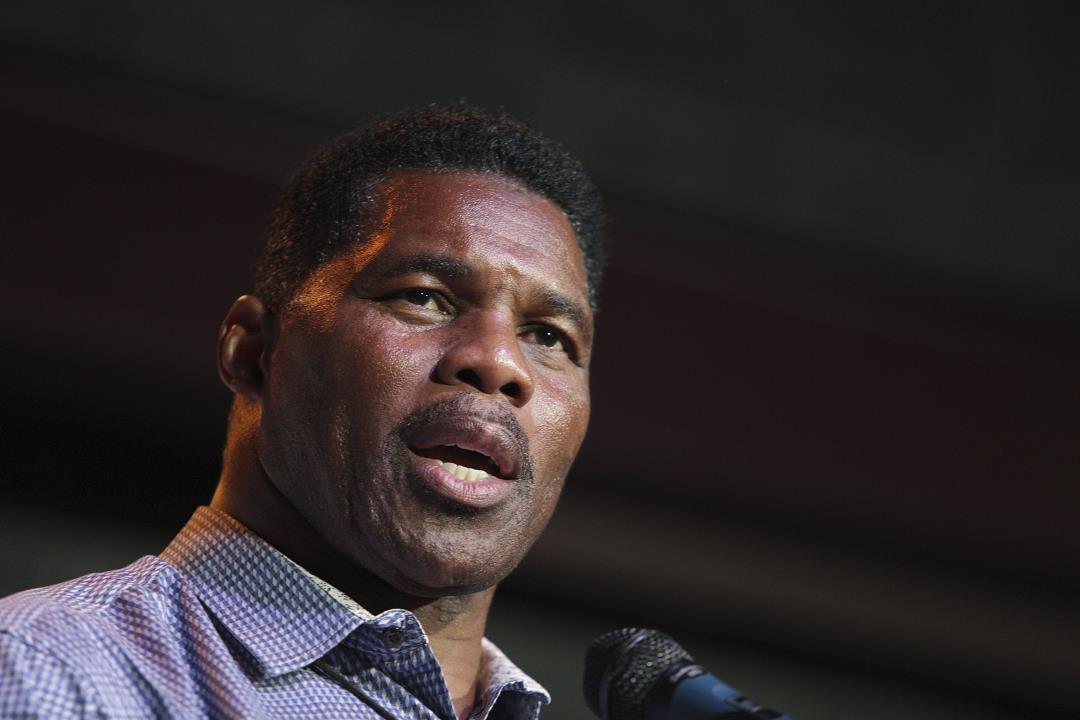 Herschel Walker Pushes Back After Revelation About Kids

(Newser)
–
Georgia Republican Senate candidate Herschel Walker said Saturday that he “never denied” the existence of children he hadn’t publicly disclosed before, telling conservative Christians that his kids “knew the truth.” Speaking before a friendly audience at the Faith and Freedom Coalition’s annual “Road to Majority” conference, Walker said the revelations about his children had only emboldened his campaign, per the AP. “You know, I’ve never denied any of my kids and I love them more than I love anything,” he said. “And they didn’t do anything, which just makes me want to fight harder because I’m tired of people misleading the American people. I’m tired of people misleading my family.”

Walker’s comments came after the Daily Beast reported that the former football star has four children, including two sons and a daughter whom he had never discussed publicly. The revelations have drawn headlines mainly because Walker has repeatedly criticized absentee fathers over the years and has called on Black men in particular to play an active role in their children’s lives. In a reception that bodes well for his campaign, however, Saturday’s social conservative crowd “went wild” for Walker, per Politico.

Walker, who was interviewed on stage in Nashville, Tennessee, by coalition chair Ralph Reed, said he “knew what I signed up for when I got into this and they don’t realize that.” He added: “No weapon formed against me should ever prosper,” prompting loud applause and cheers. Walker will face Democratic Sen. Raphael Warnock in the November general election, with the contest helping to determine which party will control the Senate. He is endorsed by former President Trump and Senate GOP leader Mitch McConnell.

The science behind nightmares and most common scary dreams

A.J. Croce on reconnecting with his father, Jim Croce