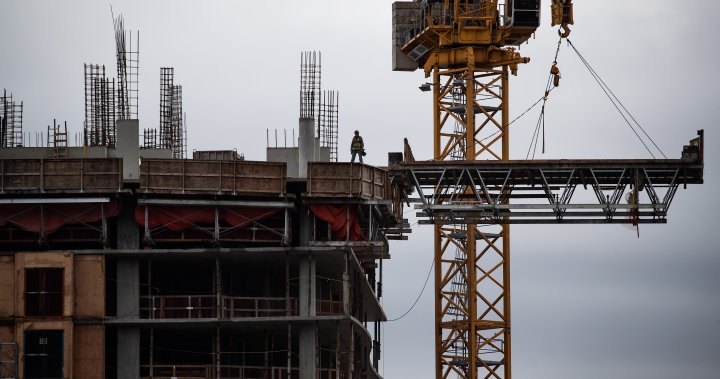 Rising interest rates and other headwinds in the construction industry have pushed builders in some Canadian markets to shelve condominium projects, while others say condo demand will hold up as supply remains tight.

Real estate consulting firm Urbanation released a report this week showing that builders in the Greater Toronto Area (GTA) are slashing the number of condo units they expected to launch this year.

Based on inputs from developers at the start of the year, Urbanation had projected that 35,000 condo units would be available for presales through 2022. In its Q2 report, it said that while some 16,000 units had indeed been put up for sale in the first half of the year, it now only expects 10,000 more units to launch before 2023.

Urbanation expects around 10,000 anticipated units will be delayed or cancelled.

Though the GTA is right now experiencing an all-time high of roughly 123,654 condo units currently in presales or under construction, Urbanation president Shaun Hildebrand tells Global News that the slowdown in launches reflects diminishing buyer confidence in the “future of the housing market.”

The dour outlook isn’t limited to Toronto. The Canadian Home Builders’ Association (CHBA) said in its latest Housing Market Index (HMI) that there’s been a stark drop in developer confidence over the first half of 2022.

The HMI measures the confidence of Canadian residential builders on a 100-point scale. While the index posted all-time highs near 90 for both single- and multi-family homebuilding in the first quarter of 2022, the second-quarter report released in mid-July showed sharp declines down to 65.7 for single homes and even lower to 59.9 in multi-family, which includes condos.

The CHBA pointed to labour shortages and rising interest rates for dampening confidence, but noted that the Bank of Canada’s latest 100-basis-point increase would not yet have been factored into the data.

In addition to interest rates, other costs are rising quickly for homebuilders, whether it be due to higher prices on materials or hikes in development charges.

Hildebrand says that as a result, condo builders are unable to drop their pre-sale prices to meet what buyers can afford and are instead shelving units they don’t believe they’ll be able to sell in the near future.

Investors, who make up the majority of pre-construction condo buyers, are especially turned off in high-interest-rate environments, Hildebrand notes.

“With the slowdown in sales that we’ve seen and just more general market hesitation from buyers, it’s difficult for condo projects to launch and pass off the cost increases that they’re experiencing,” he says.

Ongoing supply chain issues and other inflationary pressures are driving up costs for materials, Rapp notes.

Builders often have tight windows and timelines to secure financing and approvals and get shovels in the dirt; if they don’t feel confident about the costs and viability of a project, they’re more likely to hold off and break ground later down the line when market conditions clarify, he says.

“Hopefully those supply chain challenges will start to diminish over the next little while as things come back online. But right now, it is causing significant problems for the building community and the development community,” Rapp says.

Demand slowing, but not gone, in big cities

Not all observers are feeling gloomy about the pre-construction condo market.

Marc Lefort is associate vice-president at McGill Real Estate, which specializes in Montreal’s pre-construction condo market. He says he has seen a slowdown in demand this summer, but attributes it to a “post-COVID vacation,” as would-be buyers focus on travel rather than house hunting.

“We do feel a slowdown this summer, but in our analysis it’s not really the interest rate (hikes),” he tells Global News, adding that he expects demand to pick up again after Labour Day.

Lefort says the developers McGill Real Estate works with have experienced the same labour and cost pressures as builders outside Quebec, but says the company has not seen any condos cancelled or delayed, with “several projects” lined up to launch in the fall.

He believes strong demand for new builds comes from the ongoing supply crunch facing the Canadian housing market. And while the rising interest rates can dampen buying power, as rental rates rise in parallel, renters are not finding compelling reasons to wait on the sidelines, he argues.

Montreal could be an outlier, Lefort notes, as the city has not experienced the same price pressures as Toronto or Vancouver in recent years.

“I know affordable is a big word, but we’re still less than most big cities in North America.”

While Hildebrand says that Toronto has a good flow of housing units in the works today, the upcoming slowdowns could mean the market is caught off guard when demand picks up again.

“It certainly does create some hiccups in the supply pipeline. So when demand eventually does recover, as we expect it will, the supply won’t be growing to the same extent as it normally would,” he says.

Rapp says that while rising interest rates have “taken the shine off the frenzy that was going on before,” robust immigration and inter-provincial migration have kept the pressure on Vancouver’s existing supply challenges.

The inability to keep a steady flow of new housing in the pipeline, then, could “exacerbate” affordability challenges already hitting the city.

Rapp says builders are looking for policy measures that can encourage the quicker approval and addition of new housing, even during the market’s down period, to ensure the city’s housing inventory doesn’t fall even further behind.

“There has to be some kind of balance struck in there. We’re not really sure exactly how that’s going to play out just yet.”

2:07
‘Vancouver Special’ could see a revival

11 Inflatable Pools (For Kids and Adults) On Sale At Walmart