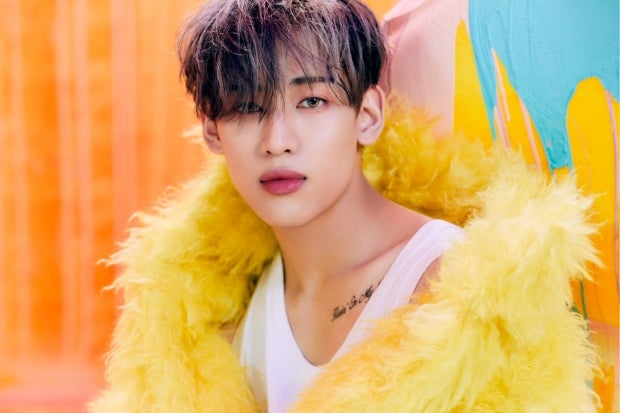 BamBam of GOT7 has reportedly been included as one of the headline acts of Wavy Baby Music Festival that will take place in Cebu in January 2023.

The South Korea-based Thai artist joins former Wonder Girls member Sunmi and R&B singer Pink Sweat$ as the final headline act of the music festival, according to an exclusive report by Billboard.

The social media platforms of Careless Music have yet to confirm the news, but the K-pop idol has retweeted the report on his personal Twitter account. 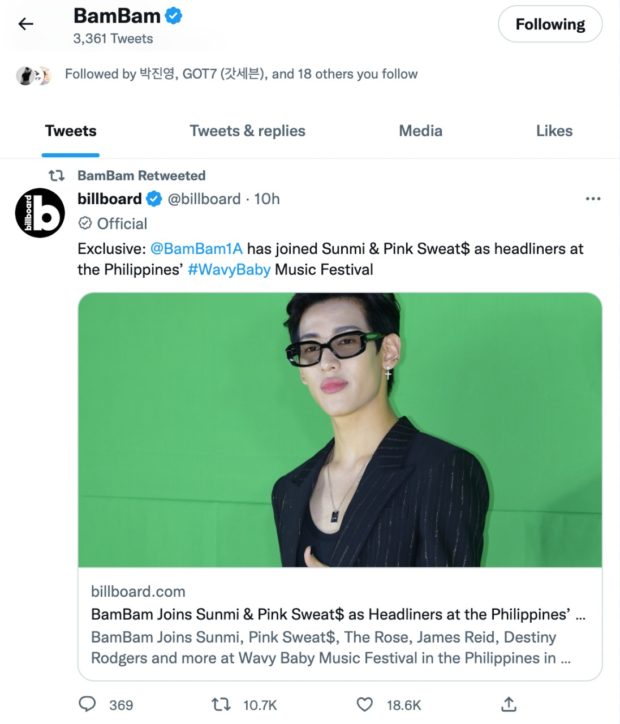 The GOT7 member also responded to a tweet from Billboard K-pop columnist Jeff Benjamin on Twitter, asking if he’s coming to the Wavy Baby Music Festival. 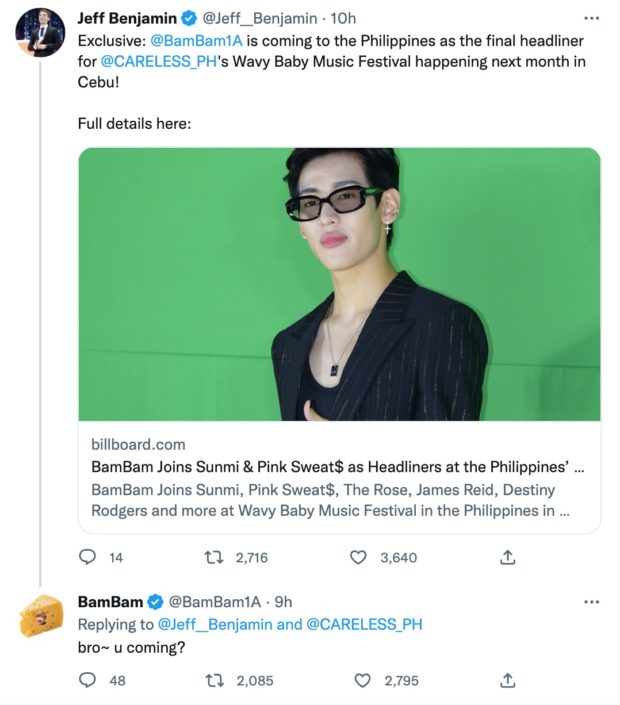 Other artists confirmed for the music festival are Filipino artists Ben&Ben, December Avenue, Urbandub, and Franco.

The Wavy Baby Music Festival, which was organized by Reid’s label Careless Music, will be held at the North Reclamation Area in Mandaue City, Cebu on January 13-14. The two-day show will coincide with the annual Sinulog Festival which is set to return as a physical celebration.

If ever, the music festival will be BamBam’s third time in the Philippines. The K-pop idol’s first visit was in October 2019 for GOT7’s “Keep Spinning” world tour. In July 2022, he returned as a solo artist for fansign events in Manila and Cebu and the “2022 K-pop Masterz” concert.

Born as Kunpimook Bhuwakul, BamBam debuted as a member of the seven-member K-pop boy group GOT7 in January 2014. He also debuted as a solo artist with his first mini album “riBBon” in June 2021. EDV