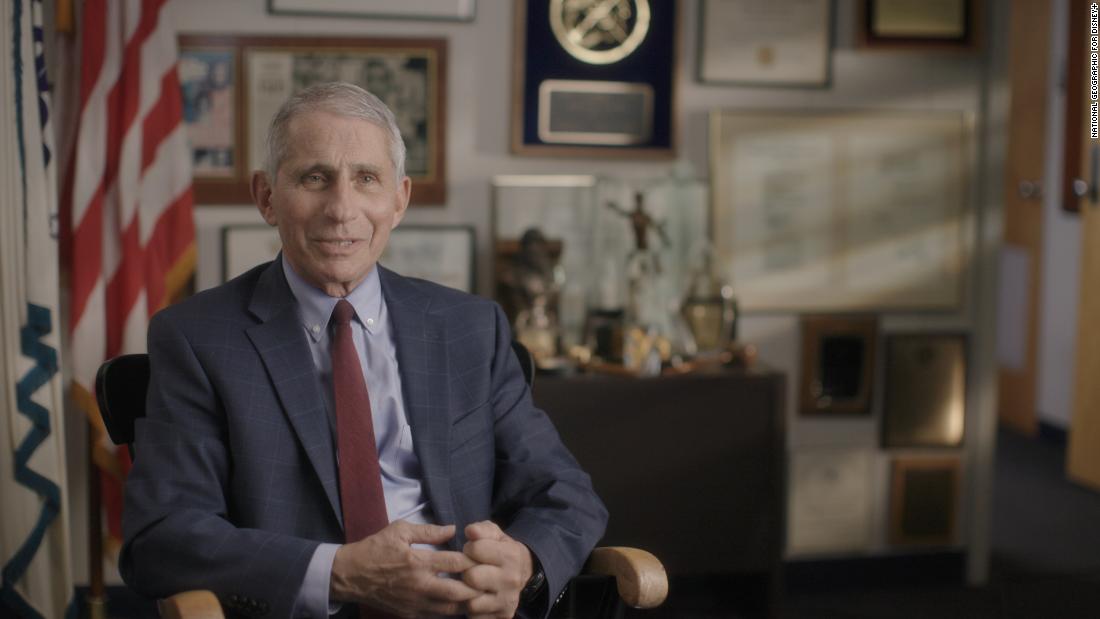 Although the last 18 months figure prominently in public perceptions of Fauci, the film devotes considerable time to his role as the National Institute of Allergy and Infectious Diseases director combating the AIDS epidemic — which also saw him attacked, in that case for the pace of the government’s response — and Ebola, just two of the public-health crises that have punctuated his long career.

Still, a bizarre shift occurred as Fauci’s role addressing coronavirus clashed with then-President Trump’s political priorities. Conservative politicians and pundits have vilified him, creating an atmosphere that his wife, Christine Grady, and daughter Jenny call surreal and “strange.” (Fauci is shown arriving at work with a bodyguard, a tangible reminder of the threats he has faced.)

Asked about his interactions with Trump, Fauci reacts slowly, saying simply, “Yikes,” before noting that Trump was “so much in his own world” in terms of how he processed health information.

Beyond that Fauci doesn’t spill much tea, acknowledging the awkwardness of having to publicly contradict the then-president when he advocated taking hydroxychloroquine or misrepresented the timeline for delivering a vaccine.

As philanthropist Bill Gates notes, the combination of attacks and adulation somehow turned the 80-year-old scientist into “an enemy and a rock star all at once.” Yet as former Centers for Disease Control and Prevention director Tom Frieden explains, Fauci’s outspokenness and profile haven’t been about self-aggrandizement but arming the public with the best information available at the time.

Directors John Hoffman and Janet Tobias incorporate montages of Fox News clips, highlighting the anger directed at Fauci and the portrayal of him as a malevolent figure. For his part, Fauci speaks of the need to “focus like a laser” on the crisis at hand and tune out such noise, exhibiting what outwardly looks like enviable serenity from the eye of the storm — sounding bemused by the praise and mystified by the partisan rancor.

Much of the film is devoted to Fauci’s work related to AIDS, both in the dialogues that he engaged in with members of the gay community and his advocacy for $15 billion to assist Africa, an effort that clearly remains among his proudest accomplishments.

“He becomes the size of the challenge he faces each time,” says singer/humanitarian Bono, among the Fauci admirers interviewed.

“Fauci” makes no pretense about where its sentiments lie, lauding a figure whose critics have seemingly twisted his image beyond recognition in their attempts to demonize him.

“I represent something that is uncomfortable to them,” Fauci says of those voices. “It’s called the truth.”

I Enrolled My Kids Under 12 In A COVID-19 Vaccine Trial. Here’s What Happened.

Cassini spacecraft to end its mission tomorrow with a 70,000mph death plunge into Saturn’s atmosphere