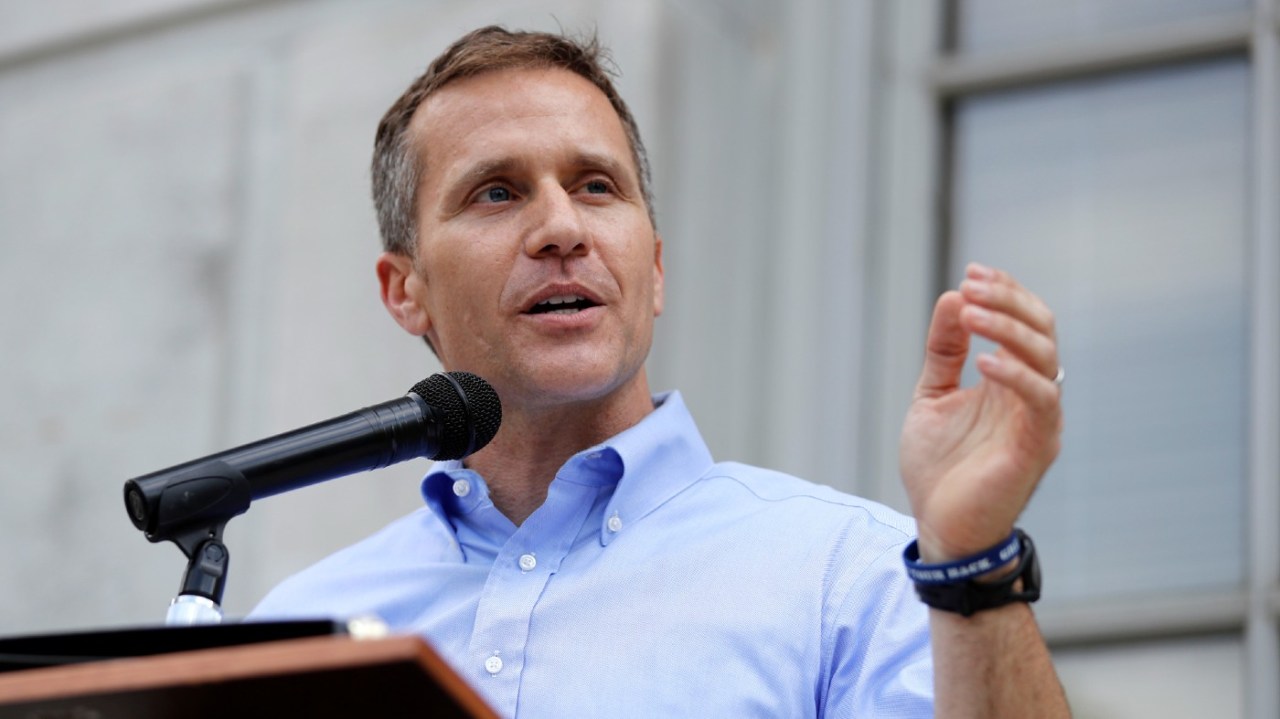 Facebook on Monday removed a video from Missouri Republican Senate candidate Eric Greitens in which he holds a shotgun and urges supporters to “get a RINO hunting permit.”

A spokesperson for Meta, Facebook’s parent company, said the video showing Greitens breaking into a house with a gun in hand was removed “for violating our policies prohibiting violence and incitement.”

Greitens hit back with a Facebook post accusing the tech giant of censoring him, similar to accusations a number of Republicans have made against social media platforms.

“Facebook CENSORED our new ad calling out the weak RINOs. When I get to the US Senate, we are taking on Big Tech,” he wrote.

In the 38-second video, also posted to Twitter, Greitens touts his background as a Navy Seal and says he is going “RINO hunting,” using the acronym for “Republican in name only.” He’s surrounded by men in U.S. armed forces uniforms that break into a seemingly empty house with their guns pointed.