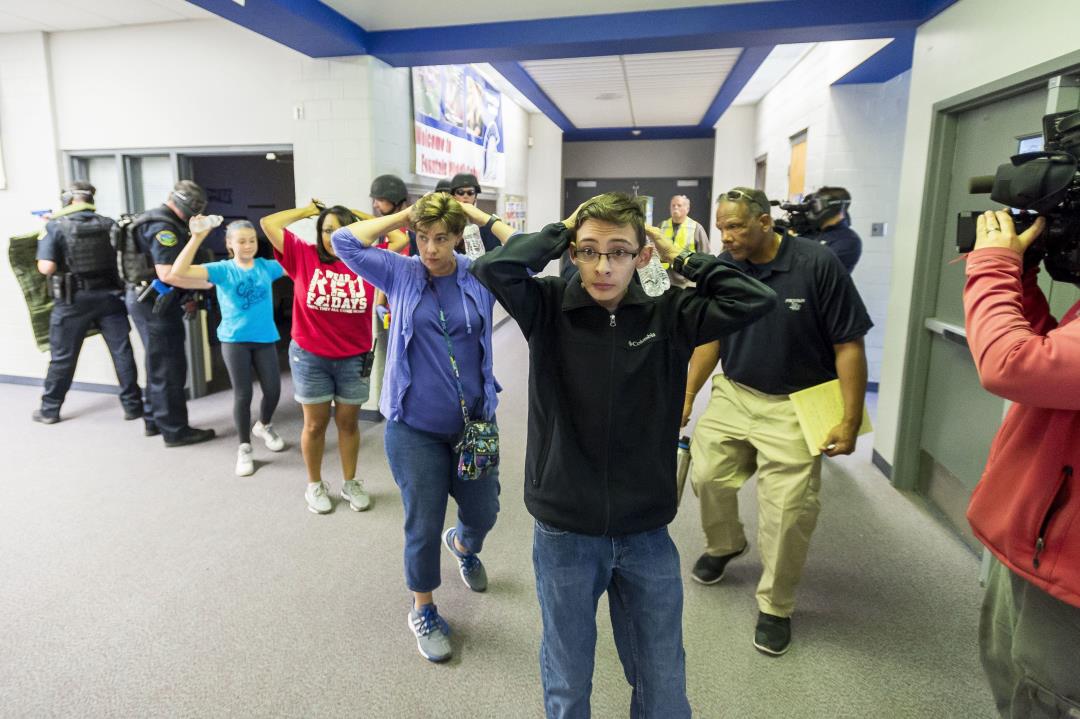 (Newser)
–
It can be hard to keep in mind in the aftermath of an attack, but the chances of any one student being harmed in a school shooting are tiny. But the regular shooter drills schools hold can put the mental health of nearly every US student at risk, some experts and educators say. Students go through the lockdown exercises from the time they’re in kindergarten to 12th grade, the New York Times reports, sometimes several times per year. The exercises don’t do anything to prevent such attacks, which has parents also questioning their value. “There hasn’t been a strong body of evidence that these drills are helping,” one expert said.


The students at Oxford High School in Michigan coolly followed their training when the shooting started last week. Teachers locked classroom doors, which students barricaded with desks. “We grabbed calculators, we grabbed scissors just in case the shooter got in and we had to attack them,” one student told CNN. Another student credited the active shooter training. “It saved a lot of students’ lives,” he said. Saying the unannounced exercises can traumatize students, the nation’s two largest teachers unions called last year for changing or dropping shooter drills. The drills are required in many states.


The cumulative effect on students, especially younger ones, worries experts, who say the stress brought on by the drills can make it more difficult for children to concentrate in the classroom. Megan Carolan, of the Institute for Child Success, suggests steps such as helping students learn to spot potential danger and speak up about it. Some of the strategies used at Oxford can be problematic anyway, said a consultant. Waving scissors or the like can make a gunman more likely to fire, he said. Drills might be part of the answer, but it’s clear they’re not the entire answer. “The response was executed perfectly” at Oxford, said the local prosecutor, “yet four children were killed and multiple injuries occurred.” Karen McDonald added, “We really can’t train ourselves out of this tragedy.” (Read more school shooting stories.)

OPEC countries are producing less oil than they said they…