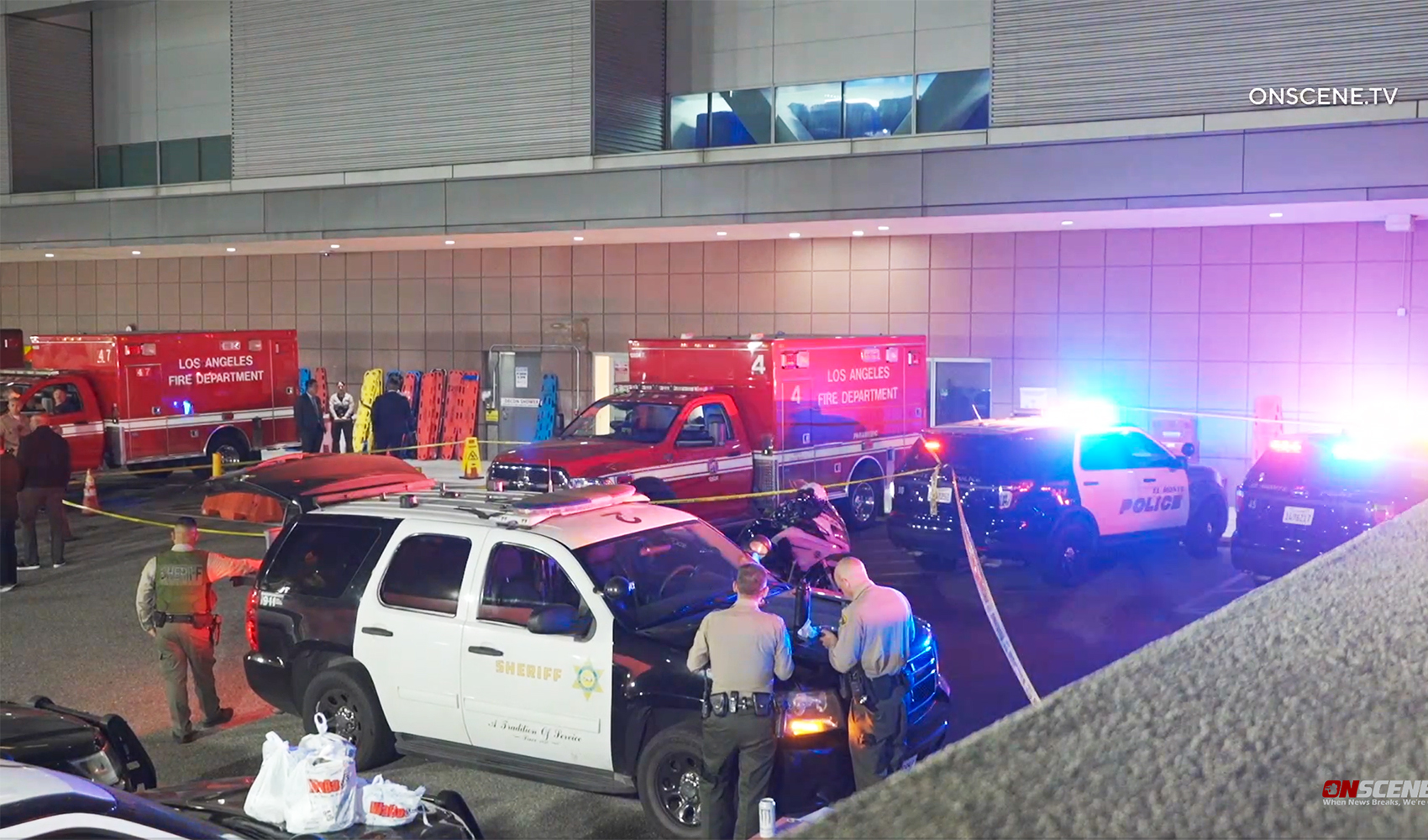 El Monte’s City Hall and all city facilities are closed to the public Monday to allow employees to mourn the loss of two police officers who were killed in the line of duty last week.

Cpl. Michael Paredes, 42, and Officer Joseph Santana, 31, were fatally shot Tuesday after they entered a motel room to confront a suspect in a reported stabbing. The suspect, 35-year-old Justin William Flores, died at the scene of a self-inflicted gunshot wound to the head, according to the Los Angeles County coroner.

“My employees are grieving the loss of two officers who were part of our El Monte family,” City Manager Alma Martinez said Friday in announcing the closure. “As we all cope with this tragedy, we are making counseling services available to all our staff and providing them with the support they need. This is the time for our Council, staff, and community to be united, support one another and grow closer together as we heal.”

The city has coordinated with two professionals from Managed Health Network providers, who will provide on-site counseling at the following locations:

Lunch will also be provided to all city employees at the El Monte Police Department’s outdoor patio from 11 a.m. to 1 p.m.

Paredes and Santana were shot in the head at around 5:10 p.m. Tuesday at the Siesta Inn, 10327 Garvey Ave., and later transported to Los Angeles County-USC Medical Center, where they died.

Lynn Covarrubias, Flores’ mother, told the Los Angeles Times her son and his wife, who had a 7-year-old daughter, were separated, but would often stay at the Siesta Inn.

Flores’ wife, Diana Flores, told CBS2 she was at the motel room with him Tuesday when the 911 call was made, saying the responding officers “were trying to help me.”

“I’m so deeply sorry,” she told the station. “My condolences for saving me.”

She said she tried to warn the officers that Flores was armed.

On Saturday, hundreds of San Gabriel Valley residents and community leaders mourned the two officers during a candlelight vigil at the El Monte Civic Center.

“It’s unfortunate it takes tragedy to bring the community together,” El Monte Mayor Jessica Ancona told the crowd. “However, I am grateful that we are here to mourn the lives of these two brave men.”

“Crime is so high in California because criminals don’t stay in jail long enough. We need to make criminals responsible for their actions. We need law and order.”

GascÃ³n’s critics have noted that Flores — a felon with a history of arrests — was given a plea deal last year that allowed him to avoid prison time for being in possession of a firearm. As a result of the plea, charges of methamphetamine possession and being a felon in possession of ammunition were dropped, and Flores was placed on two-years probation, and 20 days in jail.

Deputy District Attorney Jon Hatami, a leader of a petition drive to recall GascÃ³n, blasted the plea deal, saying it was an example of GascÃ³n’s policies against alleging prior strike convictions in criminal cases, allowing defendants to avoid prison time and remain on the streets.

“When George GascÃ³n implemented his blanket policies, he didn’t care about prior violent criminal history, the law, evidence, facts or public safety,” Hatami wrote on his Twitter page. “He excluded all strike priors on past & future cases no matter what. His excuses now are just not true.”

The District Attorney’s Office issued a statement Wednesday night saying, “The sentence (Flores) received in the firearm case was consistent with case resolutions for this type of offense given his criminal history and the nature of the offense. At the time the court sentenced him, Mr. Flores did not have a documented history of violence.”

The office noted that Flores’ prior burglary conviction was for burglarizing his grandparents’ house.

GascÃ³n issued another statement late Friday, expressing condolences for the fallen officers and their families, but not directly addressing criticisms of his policies.

“The fallen officers were husbands, fathers and friends,” he said. “We know that the families are hurt and devastated by the loss of a cherished family member. Our hearts break for them as they face this Father’s Day weekend without their loved ones. Our office has and will continue to hold people who commit violence accountable for their actions.

“… Our work now will focus on supporting the families and working to ensure we do everything we can to protect the safety our community.”

The lobbying organization Peace Officers Research Association of California, established a fundraising campaign on behalf of the officers’ families. Donations can be made at porac.org/fundraiser/el-monte-police-officers/.

Both officers lived in Upland but were raised in El Monte, and both were married fathers with children.

Paredes began as an EMPD cadet and was sworn in as a full-time police officer in July 2000, city officials said. He is survived by his wife of 18 years, a 16-year-old daughter and a 14-year-old son.

Santana spent six years working for the city’s Public Works Department, then worked for three years as a San Bernardino County sheriff’s deputy. He joined the El Monte Police Department last year. He is survived by his wife of seven years, a 9-year-old daughter and 2-year-old twin boys.