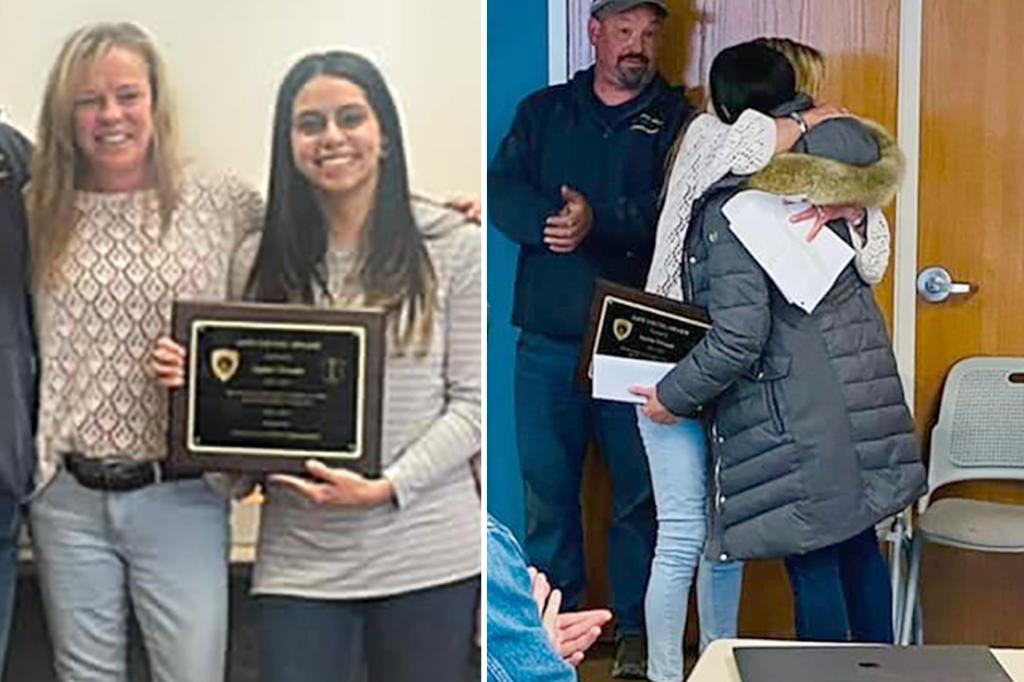 A DoorDash driver is being hailed as a hero after she leapt into action to save an unconscious customer.

Sophia Furtado, 26, was delivering a pizza to Caryn Hebert Sullivan and preparing to end her shift in February when, according to NBC 10, she found Sullivan unconscious and bleeding on the front steps of her Massachusetts home.

Furtado, who had EMT training but stopped pursuing the career, jumped into action and managed to rouse Sullivan’s husband Robert from his nap.

“I immediately freaked out, so I go into the house and go get her husband. I said, ‘Your wife is at the bottom of the steps and bleeding really badly!” said Furtado.

“I’m holding her head, trying to hold C-spine because I know she fell hard so I didn’t want her, God forbid, later down the road [to] be paralyzed.”

Furtado managed to direct husband Robert to call 911 and find a few items that she said would be essential to help save his wife. “She advised Robert what materials she needed,” Fairhaven Police Officer Jillian Jodoin told Today Food in an email. “Robert was emotional as his wife was not responding.”

Officer Jodoin and her partner arrived at the scene and were able to help Furtado. “At that moment, Sophia became a part of our team to aid [Caryn]. I asked her if it was possible for her to keep stabilizing [Caryn’s] neck to keep her spine safe. Her answer was, ‘I’m not going anywhere,’ ” Jodoin told Today in an email.

Through their combined efforts, both police officers and Furtado managed to stabilize Sullivan. Doctors later revealed that Sullivan had suffered from two severe brain bleeds and that if no action had been taken, she would have died.

Sullivan was hospitalized for three weeks after the surgery.

“She was my guardian angel,” says Sullivan. “If I didn’t have her, I’d probably be dead.”

Furtado received an award from the Fairhaven Police Department and a $1,000 educational grant from DoorDash for her dedication to her community. A local EMT school awarded Furtado a $1,000 scholarship should she decide to pursue a career as an EMT later in life.

“I actually wanted to be an EMT, but unfortunately with kids and life took its own course,” Furtado told NBC 10. “I had to make that sacrifice.”

Since the incident, Sullivan and Furtado have built a friendship and bond and plan to stay in touch.