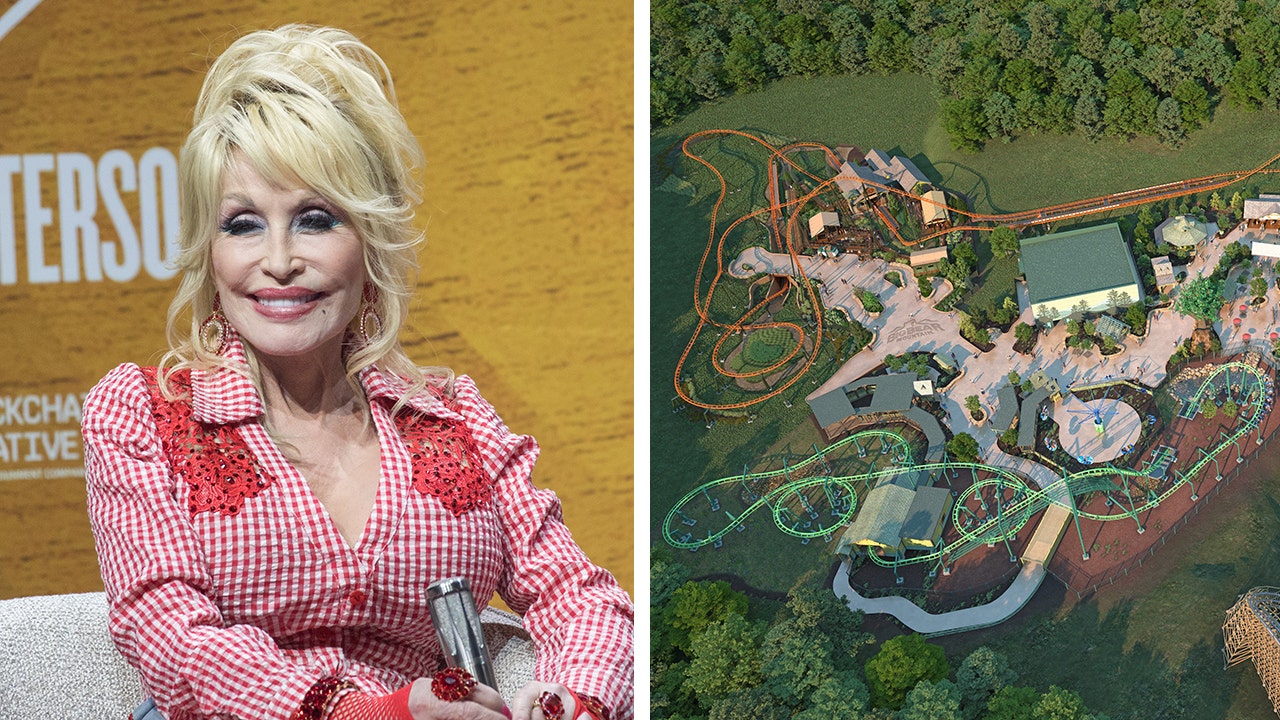 Dollywood is getting a new attraction — Big Bear Mountain.

The roller coaster will be nearly 4,000 ft. long and will cost over $25 million.

The ride, located in Wildwood Grove, Tenn., will allow guests to see the Smokies while searching for the “Big Bear.”

Riders will race through mountains, tunnels and even pass behind a waterfall.

Dolly Parton and Dollywood announced the roller coaster will be nearly 4,000 ft. long and will reach a speed of 48 mph.
(The Dollywood Company)

Dolly Parton announced the addition during a media event at Dollywood on Friday.

“The Smokies are all about adventure and going exploring,” she said in a statement.

“I’m excited our guests will be able to head out on their own trip into the Smokies to see if they can find that Big Bear!”

DOLLY PARTON SAYS SHE STARTS HER DAY AT 3 AM: ‘I DON’T NEED A WHOLE LOT OF SLEEP’

“Big Bear Mountain” will have a maximum speed of 48 mph. The ride lasts nearly two minutes.

Dollywood is expanding over the next decade — set to spend over half a billion dollars on the park and resorts.
(Rick Kern/FilmMagic)

As for whether Parson herself would ride the roller coaster for a test run, she gracefully declined.

“You know I’m not going to get on that,” she said.

The roller coaster will also be the first attraction at the park to feature on-board audio, including music and narration from Ned Oakley, the fictional caretaker of Benjamin Bear.

“Whether he’s out there or not, I’m sure they’ll find a lot of memories along the way that’ll keep forever.”

Dollywood announced at a media event that Big Bear Mountain will be the next attraction added to the park.
(The Dollywood Company)

The roller coaster is set to make its debut in spring 2023.

The isn’t the first expansion announcement for Parton recently.

Dollywood announced last year that it is investing half a billion dollars over the next 10 years in the property.

The park is building a HeartSong Lodge and Resort — which will feature 302 rooms.