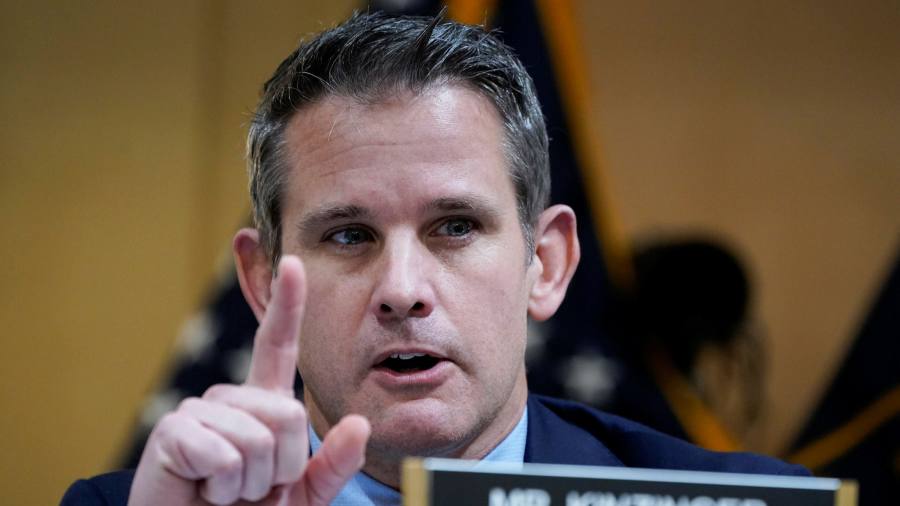 Donald Trump’s attempt to overturn the 2020 election was thwarted at the last minute in part because of the resistance of some of his top legal officials, who threatened to quit during a tense Oval Office meeting, a Congressional committee has heard.

Three of the former president’s most senior lawyers testified on Thursday in front of the bipartisan panel investigating last year’s attack on the US Capitol, laying out their recollections of the final days of the Trump administration.

The hearing focused on Trump’s campaign to put pressure on the Department of Justice to back his false claims of voter fraud, which the three men said only failed because they threatened to quit en masse. The committee also revealed that in the aftermath of the failure of the plot, several Trump allies requested a presidential pardon.

Adam Kinzinger, one of two Republican members of the committee, said: “We owe a great debt of gratitude to these men . . . They threatened to resign rather than corrupt our democracy. And thanks largely to each of them, president Trump’s coup failed.”

On the pardons, Kinzinger added: “The only reason I know to ask for a pardon, because you think you’ve committed a crime.”

The committee has held five televised hearings laying out the findings of its investigations into the events of January 6 2021, when a mob of Trump supporters stormed the US Congress in an attempt to prevent Joe Biden being declared president.

Thursday’s hearing was one of the most dramatic of the live sessions so far, thanks largely to a detailed account of a crunch meeting between Trump and some of his most senior legal officials on Sunday January 3.

Three of those who attended that meeting — Jeffrey Rosen, the former acting attorney-general; Richard Donoghue, who worked as his deputy; and Steve Engel, who was one of the president’s legal advisers — testified in front of the committee.

They described how they sought the meeting after Jeffrey Clark, an official at the justice department, told Rosen that Trump intended to appoint him in Rosen’s place. Rosen was particularly alarmed by this plan, he said, because Clark had been trying to persuade his bosses to send a letter to swing states Biden had won telling them the DoJ had “significant concerns” about the vote.

In the hours that followed, they secured promises from almost every assistant attorney-general that they would quit if Trump pushed ahead with his plan. That evening they went to the White House to confront both Trump and Clark with their warning that sacking Rosen would backfire heavily for the president.

According to Engel, Pat Cipollone, another of the White House lawyers, told Trump during that meeting his plan was “a murder-suicide pact”. Engel himself told Trump that if Clark was appointed as attorney-general, there would be so many resignations that he “would be left leading a graveyard”.

Before the meeting, Donoghue told the committee, he had repeatedly told Trump his claims of voter fraud were false. He added that at one point he told the former president the DoJ could not overturn the results of an election and that the president replied: “That’s not what I’m asking you to do.

“All I’m just asking you to do is just say it was corrupt and leave the rest to me and the Republican Congress.”

Clark’s role in the attempt to overturn the election has been of particular interest to the committee. Just before the hearing began, it emerged federal agents had raided his home.

Russ Vought, head of the Center for Renewing America, where Clark works, said in a statement: “Yesterday more than a dozen DoJ law enforcement officials searched Jeff Clark’s house in a pre-dawn raid, put him in the streets in his pyjamas, and took his electronic devices. All because Jeff saw fit to investigate voter fraud.”

When Trump’s plot finally failed, the committee heard, many of those closest to him then sought pardons. Several witnesses alleged this effort was led by Matt Gaetz, the Republican member of Congress.

Eric Herschmann, another of Trump’s former lawyers, said Gaetz, who subsequently came under federal investigation for child sex trafficking, sought a pardon “for the beginning of time up until today, for any and all things”.