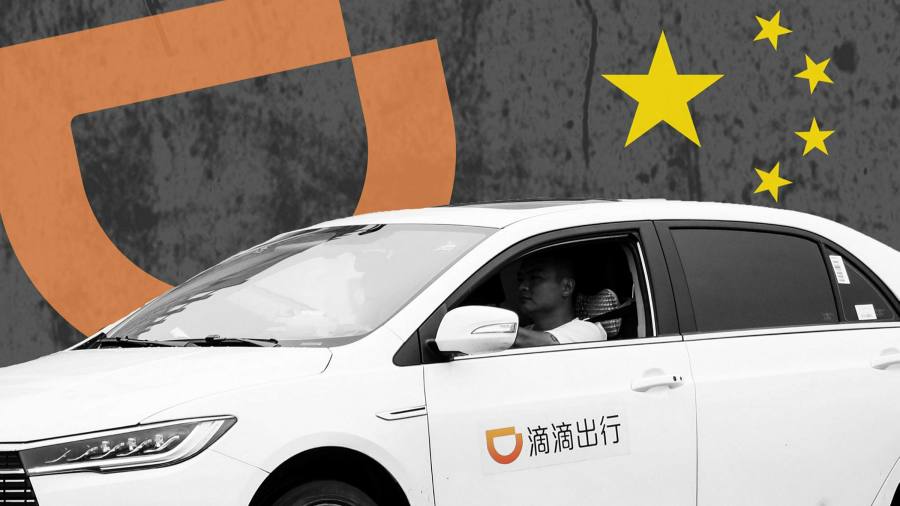 Didi Chuxing is braced for further punishment from Chinese regulators, after the ride-hailing giant became a high-profile target of Beijing’s crackdown on the country’s tech giants.

The company’s management remains concerned it is in line for additional sanctions, four Didi staff told the Financial Times, even after the Cyberspace Administration of China last month issued a Rmb8bn ($1.18bn) fine over “serious” and “vile” breaches of the country’s data security laws.

Whether Didi can get free of regulatory scrutiny is crucial to the future of the company, with its enormous growth abruptly halted by the probe from the CAC and six other government agencies.

Its dominant position in ride-hailing was dented following the regulator’s move to place the group under investigation shortly after its $4.4bn blockbuster IPO last June. Earlier this year, it delisted from the New York Stock Exchange in an effort designed to curry favour with Beijing.

The investigation into Didi has not officially ended, so it has been unable to sign up new customers and drivers, opening up the market for competitors — including T3 Chuxing, which courted investment from state-backed conglomerate Citic Group, and the Zhejiang Geely Holding-owned Caocao Chuxing.

The fine announced by CAC last month was expected to pave the way for Didi to reinstate its app on Chinese app stores, but two weeks later the apps remain down. Insiders said they still expected Didi to eventually reappear in app stores but that the company was unclear on the timeline.

Analysts said Didi’s unusually harsh rebuke at the hands of China’s powerful data watchdog could prompt other regulatory bodies to intervene with their own punitive measures.

One Didi employee said there had been internal discussion of the prospect that the Ministry of Industry and Information Technology, which regulates the country’s internet platforms, could administer an additional fine.

Another mid-level manager said: “We need a state-owned shareholder to come in to completely get rid of the regulatory risks. Then the regulators will trust us again.”

Wang Congwei, a Beijing-based lawyer specialising in data security at Jingshi law firm, said if Didi did not improve its data security, the company would not only face further administrative penalties but could expose itself to criminal prosecution.

Didi’s dominant position in ride-sharing is under pressure, T3 accounted for 16 per cent of orders across the country in June compared with 5 per cent the year before, according to a Bernstein analysis. Didi’s share of orders has fallen by 9 percentage points to 72 per cent in the same period.

Meanwhile, the company is working to increase the proportion of its drivers who are fully licensed, a demand from regulators and necessary for an eventual Hong Kong listing.

For years, most Didi drivers took to the streets without the required driver’s licence for ride-hailing. But a string of safety incidents and two murders of female passengers by Didi drivers prompted officials to demand the company comply with licence regulations.

The CAC’s probe has accelerated Didi’s efforts to adhere to the rules. Around three-quarters of Didi drivers had the correct paperwork in June, compared with only 45 per cent in the same month last year, according to data from China’s transport ministry.

Many Didi investors are sanguine about the company’s prospects. Two members of an investment team from Tencent believed the company’s punishment was over. “The fine did not exceed people’s expectations,” said one.

Alibaba was subject to an Rmb18.2bn ($2.8bn) penalty last year for antitrust violations, the largest regulatory fine imposed on a Chinese tech company to date.

Duncan Clark, founder of Beijing-based consultancy BDA China, said slowing economic growth could prompt a rethink from Beijing on the handling of Didi and other tech giants, as officials turned their focus to supporting employment.

“The government does not want to destroy its internet companies but have them as malleable allies to pursue their goals,” said Clark.

Didi did not respond to a request for comment.

Hungary’s Orbán tells CPAC: ‘We must coordinate a movement of our troops’ to fight liberal order