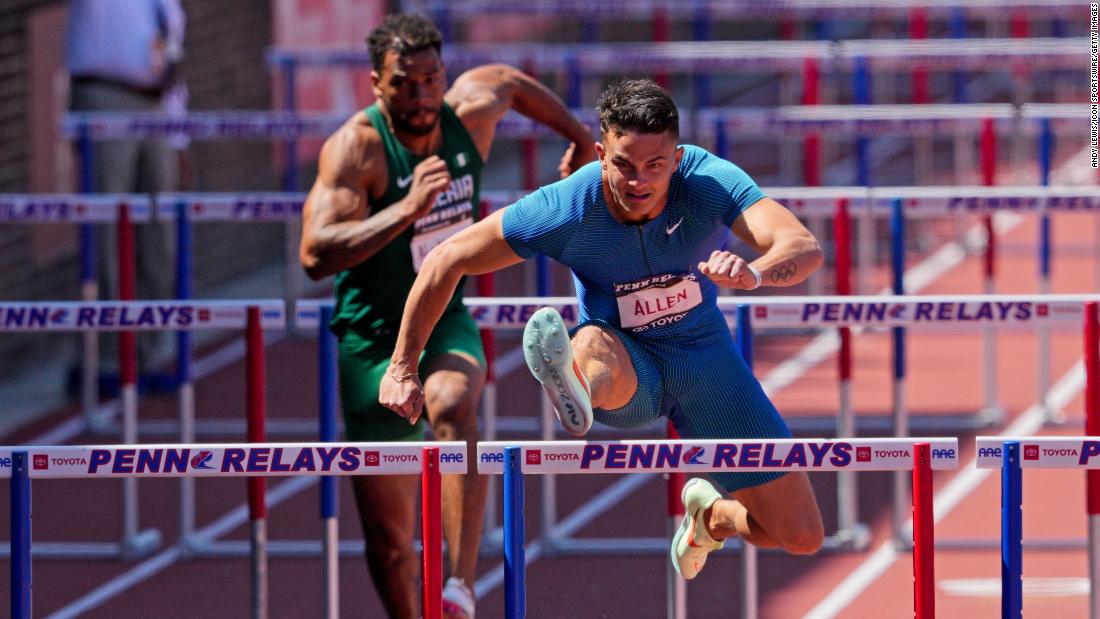 The twice-Olympian finished fourth in Tokyo but seized on a golden opportunity to sign with the Philadelphia Eagles in April as a wide receiver, returning to a sport he last played in 2016 during his collegiate days at Oregon.

While a career that combines high-level track with bone-crunching football would strike some as perhaps risky, Allen shows no sign of fatigue so far.

He produced the all-time third-fastest 110-meters hurdles performance to beat world champion Grant Holloway in 12.84 seconds on Sunday at the NYC Grand Prix, despite a grueling schedule.

“The biggest thing for me football-wise is I’m plenty fast enough and strong enough as an athlete, I’ve just got to start doing football stuff, running routes, catching footballs,” the 27-year-old said.

He has four days of organized team activities with the Eagles — Monday through Thursday — and trains on the track on his “off days” — Friday, Saturday and Sunday.

“It made me more relaxed and kind of focused me up in terms of what I’m doing … football and track, trying to balance both, I had to be really cautious about my recovery, my sleep, my diet, everything like that,” he said.

With the USA Outdoor Track and Field Championships later this month and the World Championships in July, he plans to ramp down his football schedule — with the full support of his team.

“I don’t want to half do it and then July 17 happens and I’m upset and I’m just like ‘I should have just focused on football,'” he said. “And vice versa.”

NJ playground welcomes children of all abilities: ‘How incredible’

July Fourth grilling recipes to celebrate a diversity of…