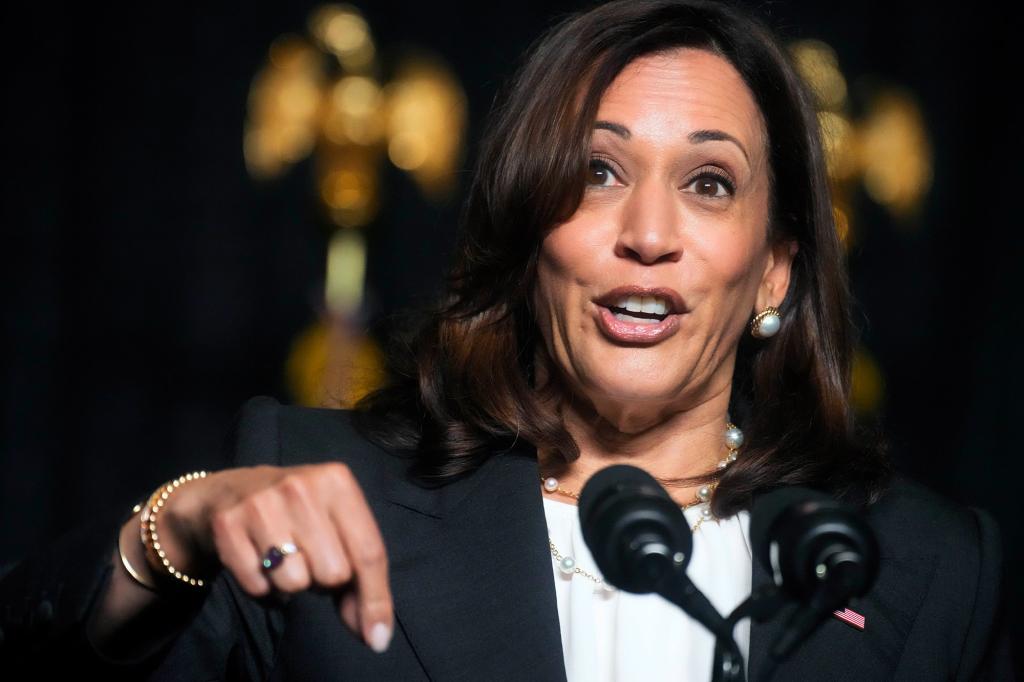 Dems fool themselves on Biden’s aging instead of Kamala Harris

The media taboo against talking about President Joe Biden’s age and the obstacle it presents to his running again in 2024 is finally off.

Which should put a lantern on another looming problem for the Democrats — waiting in the wings is a deeply unpopular officeholder who makes Biden look like a prospective electoral juggernaut by comparison.

Democrats can be forgiven for considering the possibility of only Vice President Kamala Harris standing between them and a return of President Donald Trump and telling themselves, “Well, maybe 80 is the new 75,” or, “Biden’s always been gaffe-prone, so what are a few more gaffes between friends?” or, “Biden campaigned from a basement in 2020 — surely he can campaign from some similarly secluded and safe space in 2024.”

Harris is the single best argument for Democrats trying to prop up Biden no matter what. She has been a disaster as vice president, even as she’s done nothing particularly noteworthy either good or bad. She’s simply a political void whose abysmal ratings reflect not just Biden’s troubles but her own profound, inherent flaws as a political figure.

Kamala Harris has the authenticity of Hillary Clinton, the charm of Al Gore and the common touch of Adlai Stevenson.

She could have been engineered in a lab as a convictionless opportunist lacking basic political horse sense — and she more or less was. She came up in a California where the dominance of TV ads makes retail politicking all but unnecessary, and internal Democratic politics is largely based on identity politics. Compared with her, Biden really is Middle-Class Joe. The contrast with Sen. Chuck Schumer, another Democratic leader from a deep-blue state, is instructive — Schumer had a tough statewide race against a Republican within memory and is aware that not all voters are extremely online woke progressives.

Harris could have run as an ideologically interesting, tough-minded former prosecutor in the 2020 Democratic nomination fight — a little like Eric Adams in the New York City mayoral primaries last year. Instead, she got sucked into the idea that the winning lane would be a couple of ticks to the right of Sen. Bernie Sanders. She co-sponsored his Medicare for All proposal before making a confusing hash of her position when she realized the political implausibility of the plan.

She seemed defensive about her record as a prosecutor, which came under withering assault from Rep. Tulsi Gabbard from the left.

Her signature moment — attacking Joe Biden for his opposition to busing based on her own experience getting bused — didn’t pay the expected dividends because of its self-evident calculation.

Harris is a politician who always seems to be reading stage directions out loud. Her laugh, a target of critics, usually sounds forced and calculated, at times bordering on inappropriate affect. It’s a valuable political skill to seem at ease even when reaching for the brass ring at the highest level of American politics. Bill Clinton, George W. Bush and Barack Obama all had this ability. Harris has shown no indication that she has it or will develop it.

Biden has done her no favors with her assignments as vice president. Given the foolhardiness of the underlying Biden policies, there was no realistic way she was going to diminish migration at the southern border. Nor was she going to do anything to get a voting rights bill passed. That said, Harris hasn’t mastered any particular issue area and gives the impression of seeking tableaux that will lend her gravitas without ever succeeding.

On top of all this, she hasn’t managed to secure a close, trusted relationship with the president.

Any rational observer could have predicted that Biden’s VP pick was going to be particularly sensitive given that, as Charles de Gaulle famously said, old age is a shipwreck. Instead, Biden played identity politics by choosing Harris, and it’s understandable now that some Democrats would like, against all evidence, to bank everything on Biden’s youthful vigor.

‘Sex And The City’ Deftly Portrayed The Complexity Of Choice

Reflections on U.S. Withdrawal From Afghanistan

US missiles credited as key in Ukraine fight with Russia