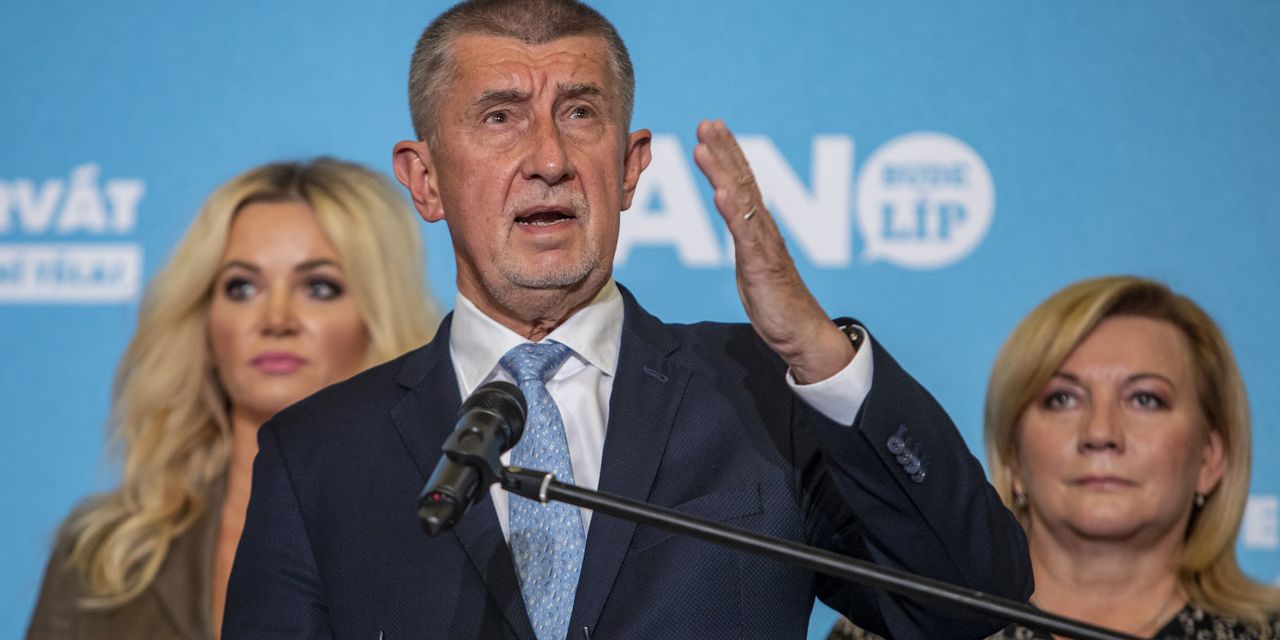 Czech Prime Minister Andrej Babis lost his re-election bid on Saturday, a major upset against a billionaire businessman who had personified the rise of populist nationalism in Central Europe.

With 99.9 percent of ballots counted, Mr. Babis’s Yes party held 27.2 % of the vote, trailing less than a percentage point behind a coalition of right-leaning parties called Together. Along with a separate, liberal alliance of parties called Pirates and Mayors, the two coalitions appeared to hold 108 of parliament’s 200 seats, according to Czech Television, the national public broadcaster.

On Saturday, leaders of each said they would form a government together.

“Both democratic coalitions have a chance to build a government,” Together leader Petr Fiala told supporters Saturday night. “Change is here. We promised it. We will do it.“

on Sunday, to discuss the next government.

Mr. Babis was once at the forefront of a populist wave that swept Central Europe after the 2015 migrant crisis. As center-left parties in the region collapsed, the blunt-spoken agricultural tycoon—the Czech Republic’s second-richest citizen—stepped in, allying himself with Hungary’s nationalist Prime Minister

and lambasting the European Union as an elitist establishment, distant from the concerns of ordinary Czechs.

On the campaign trail, he mused about abolishing the European Parliament, which he called “a completely useless institution.” In a book, he proposed disbanding the Czech Senate, a legislative body he blamed for gridlock stifling a country he promised to run with businesslike acumen. He spoke fondly of President

visiting the fellow billionaire in 2019, and giving him a 24-karat gold-plated pistol.

But Mr. Babis struggled to beat back the center-right coalition, whose anticorruption message got a final lap boost, last weekend, when Mr. Babis was named in the so-called Pandora papers: a report of political figures using offshore tax havens that was published by the International Consortium of Investigative Journalists. The report claimed Mr. Babis spent $22 million through shell companies to buy a château in France. Mr. Babis said the purchase was both taxed and conducted according to the law.

His defeat is likely to resonate in Hungary, where another coalition of center-right parties are hoping to unseat Mr. Orban using a similar anticorruption message.

“There’s a broader lesson there about populist and anti-elite movements: Unless those moments can deliver on the governance front their political role may be transitory,” said Dalibor Rohac, a senior fellow at the American Enterprise Institute. “It’s easy to be antiestablishment, to say everybody is doing it wrong, but it’s something else when you’ve been in power for four years.”

The results also show how new coalitions are filling the void left by the collapse of the region’s oldest parties. The Czech Social Democratic Party, one of the oldest social democratic parties in Europe, failed to enter parliament on Saturday, a crushing loss for a party that was consistently the largest in parliament until the mid-2010s.

The Czech Communist party also failed to enter parliament for the first time since World War II—an important setback for Mr. Babis, who relied on the fringe party to keep his majority in parliament.

Mr. Babis faced pressure from anticorruption police, who in 2019, recommended prosecutors indict him for allegedly illegally securing small business subsidies for his massive conglomerate before he was prime minister. Mr. Babis denied any wrongdoing in the matter, and wasn’t indicted.

But that year, the allegations spurred the largest protest since the fall of Communism, with 200,000 people gathering in the Prague park where the Velvet Revolution erupted to complain that Mr. Babis was governing in an authoritarian manner.

In the last year of his presidency, the coronavirus swept through the Czech Republic, which posted one of Europe’s worst death rates as the government cycled through four different health ministers during the pandemic.