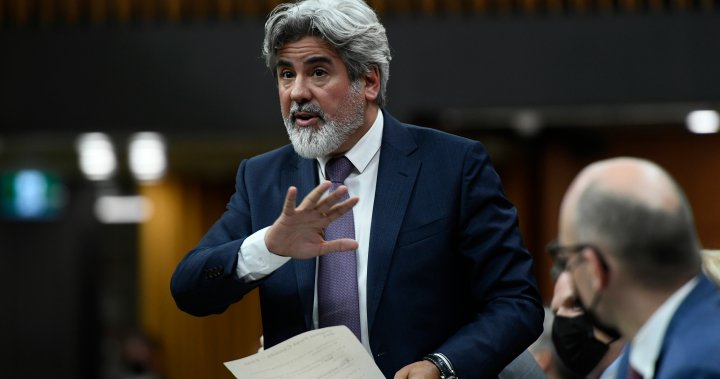 The federal government is cutting short debate by MPs on its online streaming bill, a move Tory MPs have condemned as “draconian” and “disturbing.”

They say curbing scrutiny of the bill line by line in committee is an attempt by the government to rush it through the House of Commons and will lead to the creation of a “flawed and incoherent” law.

Bill C-11, as it is known in Parliament, updates Canada’s broadcasting laws and would regulate streaming services such as Netflix, as well as YouTube, Spotify and TikTok.

The Liberals have given MPs until midnight to table amendments to the bill, and until Tuesday evening to scrutinize it clause by clause in committee.

Tory heritage critic John Nater said the government motion to limit scrutiny in committee, which is being discussed Monday in the Commons, is a “guillotine motion on steroids.”

Green MP Mike Morrice questioned why such “seemingly extreme measures” are needed when we are not expecting an election this summer.

“Why is it going at this pace given how important it is to get this legislation right?” he asked.

Liberal MP Anthony Housefather told MPs in a debate on Friday that the government has been reluctantly forced to table the motion because of Tory delaying tactics to try to stop the bill becoming law.

4:01
Bill C-11: What Canadians need to know about the new Broadcasting Act

Both Heritage Minister Pablo Rodriguez and Ian Scott, chairman of broadcasting regulator the Canadian Radio-television and Telecommunications Commission, were unable to speak during their allotted slots as committee witnesses.

They and other witnesses due to be questioned by the committee had to wait and then leave while Tory MP Rachael Thomas talked at length on procedural issues. The minister and Scott returned at later dates, while other witnesses were unable to give evidence.

Thomas argued that more witnesses were needed before the committee consider amendments and each line of the bill, a usual stage in a bill’s passage through the Commons.

Peter Julian, the NDP member of the committee, also expressed frustration at Tory tactics, saying they had turned the committee “into bedlam.”

Speaking Monday in support of the government’s motion to curtail the time allocated to the bill in the Commons, he said Conservatives had filibustered the witnesses and “stopped up” the committee.

Tourism Minister Randy Boissinault said the Tories had spent seven hours filibustering while the government had allowed 15 hours of debate on the floor of the House of Commons as well as 21 hours in the heritage committee.

“While we are reluctant to be at this stage, this is crucial legislation,” he said. “Canadians asked us to pass it. They want us to move on this.”

Conservative MP Tom Kmiec said it was a “darn shame” the government was not allowing more time to review the bill, adding: “What they call filibustering, I call debate.”

“If passed, Bill C-11 will be the first major update to the Broadcasting Act in 31 years and it should not be rushed,” he said in a statement.

“Dozens of interested witnesses have yet to be heard by the heritage committee. By shutting down further study, the Liberals are once again showing Canadians they do not want to hear from anyone who disagrees with them.”

He accused the government of imposing “an arbitrary deadline” to return the bill to the House of Commons after being discussed in committee, and “not allowing members to carefully consider each clause and amendment.”

“This will inevitably result in a flawed and incoherent Broadcasting Act,” he added.

Nater said the government had also moved a guillotine motion on the bill’s predecessor known as Bill C-10, which did not become law before the 2021 election.

Bill C-11 updates broadcast laws to include streaming platforms and to ensure they also promote Canadian TV shows, movies and music, and contribute to them financially.

But YouTube has warned that as currently worded the bill could lead to amateur videos and work by digital-first creators being regulated.

YouTube has also raised questions about measures to force platforms to showcase Canadian content, the definition of which Rodriguez has said will be updated.

“We hope the committee will take the time to thoughtfully consider how to fix C-11 to avoid over-regulation of user-generated content.”

Most people don’t know which animals are going extinct: poll