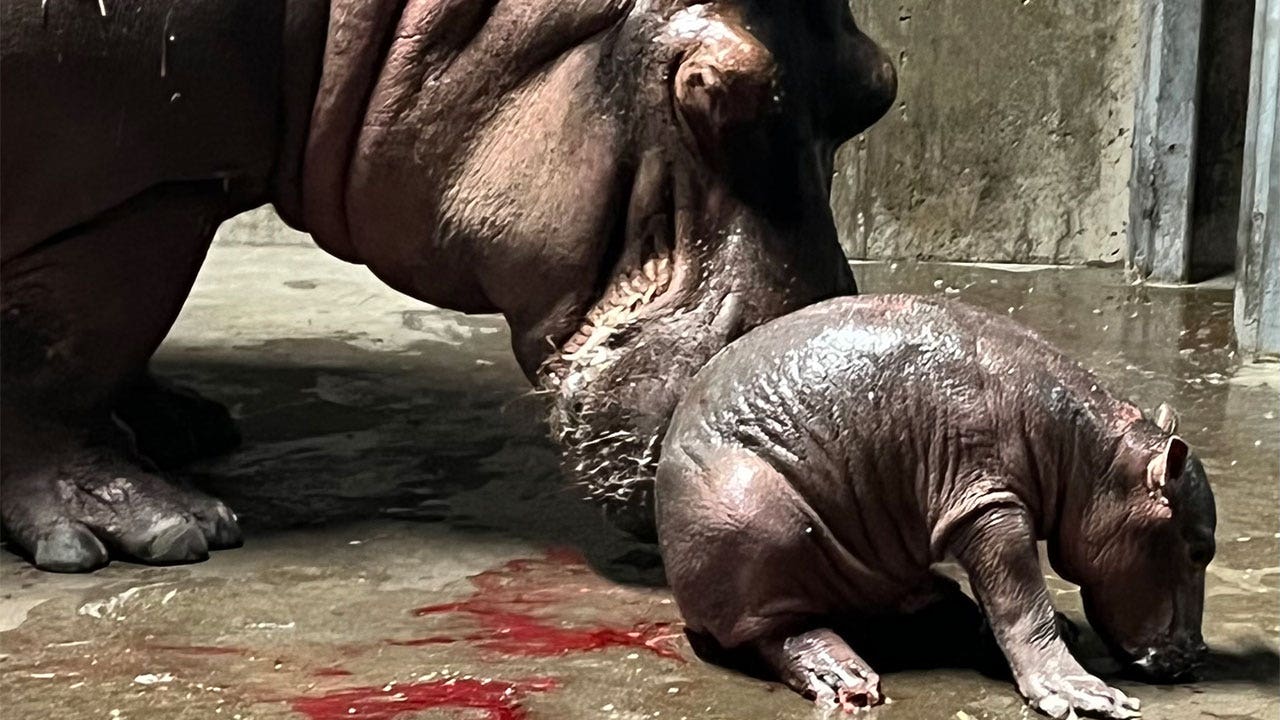 Cincinnati Zoo’s Bibi the hippo gives birth to a baby

The Cincinnati Zoo and Botanical Garden announced on Wednesday that Bibi the hippo gave birth to her second full-term baby hippo.

Zoo officials said the new calf weighs more than double her sister Fiona did at birth and is already taking her first steps. The gender or name of the baby hippo has not been released at this time.

“This calf looks huge to us because Fiona, Bibi’s first baby, only weighed 29 pounds when she was born six weeks premature and wasn’t able to stand on her own,” said zoo director Christina Gorsuch in a statement.

On Tuesday, the hippo team noticed that Bibi began to display signs that she was undergoing labor due to her restlessness and preference for the indoors. For the next two weeks, she will bond with her newborn privately while being closely monitored by officials.

Without disturbing the mother and baby, Zoo officials will take photos and videos to share with the public at a later date.

Gorsuch noted, “”A female would take her newborn away from the bloat for about that amount of time in the wild, and we try to give Bibi the choice to do what feels natural to her,” Gorsuch said.

Officials do not know yet if Bibi is nursing, so officials are monitoring the pair just in case they have to provide any assistance. Bibi’s first child, Fiona had to be cared for by the Zoo staff because she was born prematurely.

Fiona and her dad Tucker will still remain visible to the public in the outdoor habitat, away from Bibi. Members of the zoo can monitor Hippo Cove during normal work hours via their live cams.

Mortgage Rates Hit 4.99%, Dropping Below 5% for First Time Since April