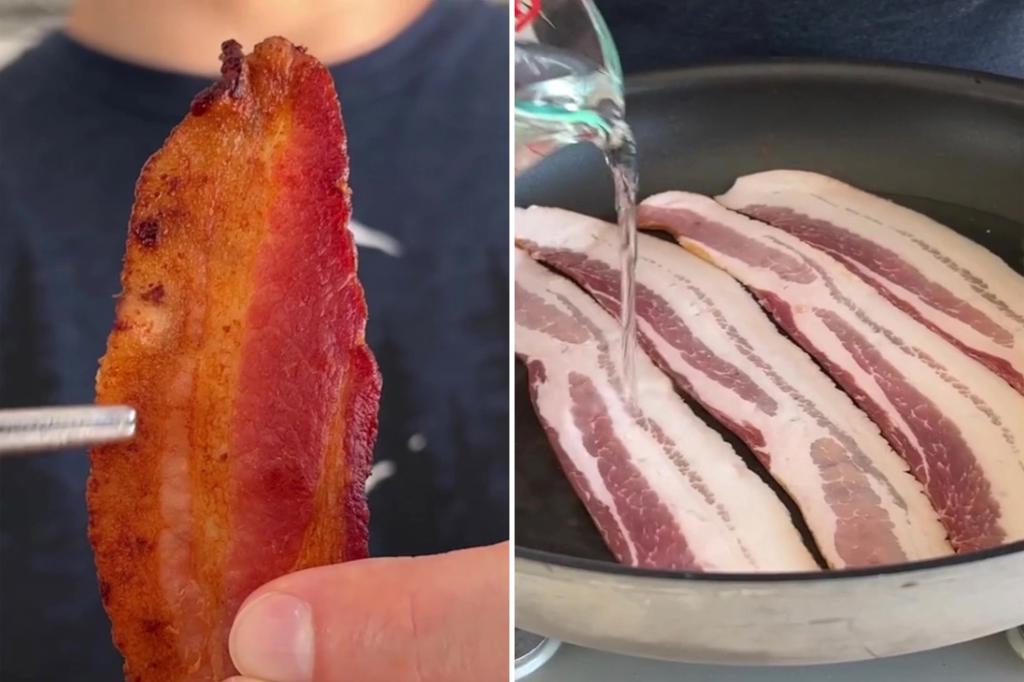 Chef Roice Bethel has a foolproof way to bring home the crispy bacon.

“If you want perfectly crispy bacon you have to boil it,” says Bethel in a TikTok video.

“I know that sounds like it wouldn’t work, but it does.”

He explained his cooking method by talking about the anatomy of bacon: the muscle, which is the darker looking part, and the white fat.

“The muscle cooks extremely quickly, the fat takes a longer time to render out,” said Bethel, who has over 665,000 followers.

Adding water to the pan and boiling the bacon means the temperature won’t get too high too fast.

“Once the water completely evaporates then the bacon gets nice and crispy, the meat’s not overcooked or burnt and the fat has perfectly rendered so it’s nice and crispy,” the chef told viewers.

The video now has 2.9 million views.

Some people in the comments section were amazed at this hack and vowed to try it for themselves.

“​​Tried this morning and it was a game changer,” one person commented.

Others tried to compete with their own methods of cooking bacon.

“Baked bacon is by far the best bacon ever. Hands down,” read one comment.

“3 mins in the microwave between 2 sheets of paper towels will do the same thing,” wrote another.

A few comments just didn’t like the idea in general.

“This is just training wheels for people who don’t know how to control the temperature of their pan,” one read.

“​​Or just make it properly,” read a second one.