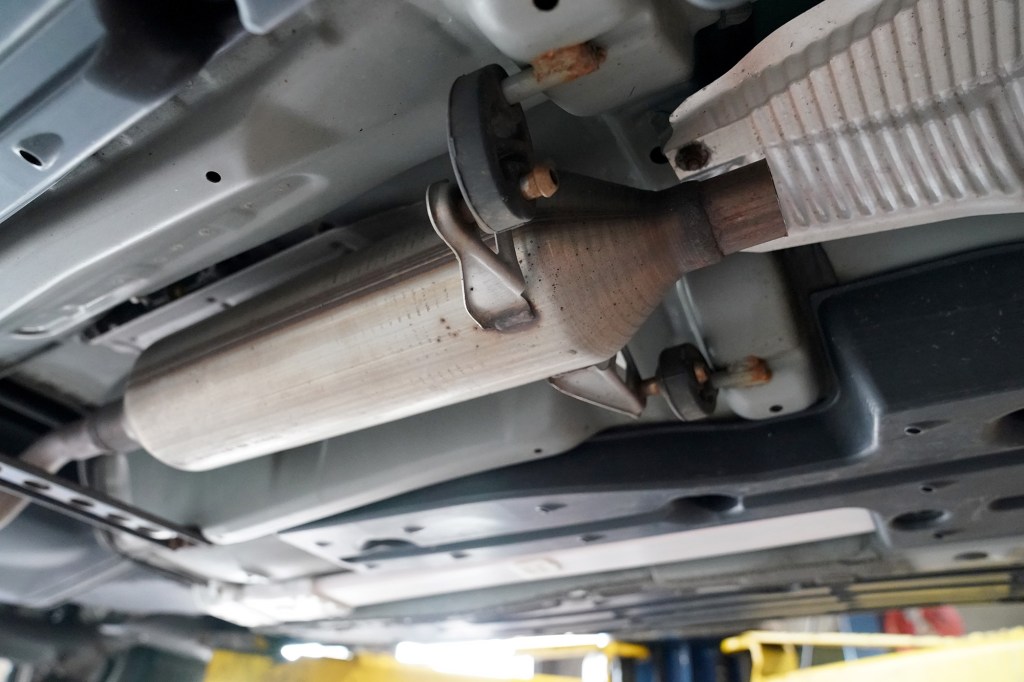 These criminals better not let the tree-huggers catch them.

Sawzall-wielding thieves hacking away at parked cars sent thefts of a key pollution-cleaning part through the roof in the past year.

Through Oct. 10, 2,170 catalytic converters were reported stolen in the five boroughs, more than four times the 501 ripped off through the same date in 2020, the NYPD said.

Catalytic converters, part of a car’s exhaust system, break down some of the smog that would otherwise come out the tailpipe.

They’re a thief magnet because they include rare metals like rhodium, palladium and platinum, which trade for four and five figures per ounce. Converters typically include 3 to 7 grams of these precious metals, Ryan Lockwood, a Carparts.com executive, told the Post.

Thieves will take the parts to smelters or scrapyards or sell them on the black market. They can cost thousands to replace.

Toyota Priuses are particular targets because they have up to three “cats,” depending on the model year, and because low-emission vehicle parts are often in better condition. Honda’s CRV crossover is another common target, according to State Farm.

The crook would ride around the neighborhood on a bike with a reciprocating saw, hit a van, throw the part in his backpack and ride off. Cops caught him on surveillance video, and were able to identify him. “Should he have been stopped two blocks away, not a lot could have been done,” Kelly said.

Burke is starting a program funded by the city’s Police Foundation to label catalytic converters with serial numbers so they can be traced.

One youngish Brooklynite, who asked not to be identified, said his girlfriend’s “old” Prius fell victim over the summer. “We went to move for alternate side parking, started it up, and it sounded like a monster truck,” he said.

Despite high-flying careers, entrepreneurs enjoy a travel side hustle

Study on obesity cure by turning off ‘hungry hormone’