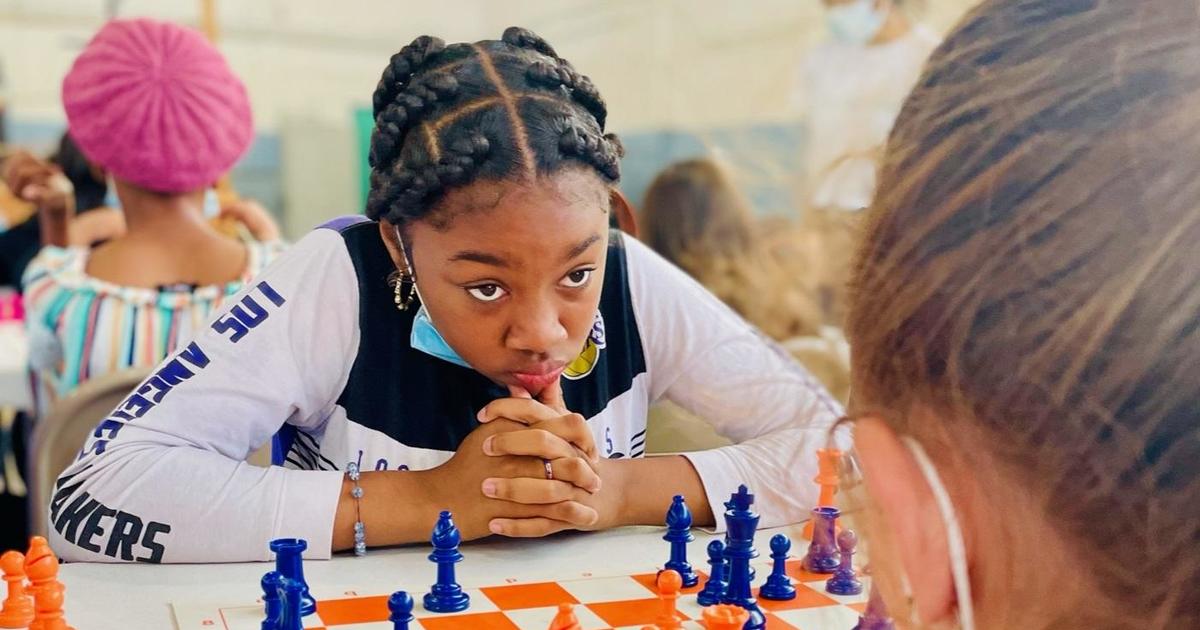 Compton, California — Chess is a game of make-believe kings and queens, pawns and rooks. So what does that have to do with real life? Turns out, quite a bit.

For 12-year-old Andre, chess is more than just a game.

He’s just one of thousands of students from some of Los Angeles’ toughest neighborhoods learning to play.

Damen Fletcher, who learned how to play chess at age 13, grew up in Compton. After leaving the city to attend college, he came home to find his childhood friends struggling.

“Some of them had fallen into prison. Gang life and drugs … and I just wondered, ‘Why did I have such a different outcome?’ And it was chess,” he said.

He started Train of Thought to help kids of all ages find their inner king or queen.

“Every game of chess is 75 to 100 moves, and every single move that your opponent makes presents a new problem for you to solve,” he said. “And so kids are just having fun. They don’t realize that they’re solving problems.”

So, how do you teach a 5-year-old how to play chess?

“We actually have a really cool story that we use to help kids that age set up a chess board for the first time,” Fletcher said. “It goes: the king and the queen got married by the bishops. They rode on horses to their castle and had eight children.”

“My main thing in class is: be a scholar. So being a scholar to me is being prepared, productive and never giving up,” Andre said.

Since Wednesday’s broadcast of this story on the “CBS Evening News,” Fletcher said he has received an outpouring of support from viewers across the country, with some asking how they can volunteer with Train of Thought.

While the program is currently in schools in California and Louisiana, Fletcher’s dream is to expand it nationwide — and even bring it to schools in Uganda.

He also told CBS News that he is grateful to those who have sent monetary donations to Train of Thought.

“I started chatting with one guy last night who said he was moved to tears watching the story,” Fletcher told CBS News on Thursday. That man donated $500, according to Fletcher. Other donations ranged from $10 to $40.

“It is a blessing to know there are people out there you haven’t even met that believe in and support you and your mission,” Fletcher said. “These donations really help because the kids we teach need chess sets they can take home with them to practice and play with family and friends forever.”

Jamie Yuccas is a CBS News correspondent based in Los Angeles.

Denial of responsibility! Elite News is an automatic aggregator of the all world’s media. In each content, the hyperlink to the primary source is specified. All trademarks belong to their rightful owners, all materials to their authors. If you are the owner of the content and do not want us to publish your materials, please contact us by email – [email protected]. The content will be deleted within 24 hours.
board gameCaliforniachessComptonTrain of Thought
0
Share FacebookTwitterGoogle+ReddItWhatsAppPinterestEmail

Theranos and COVID-19 Are Connected