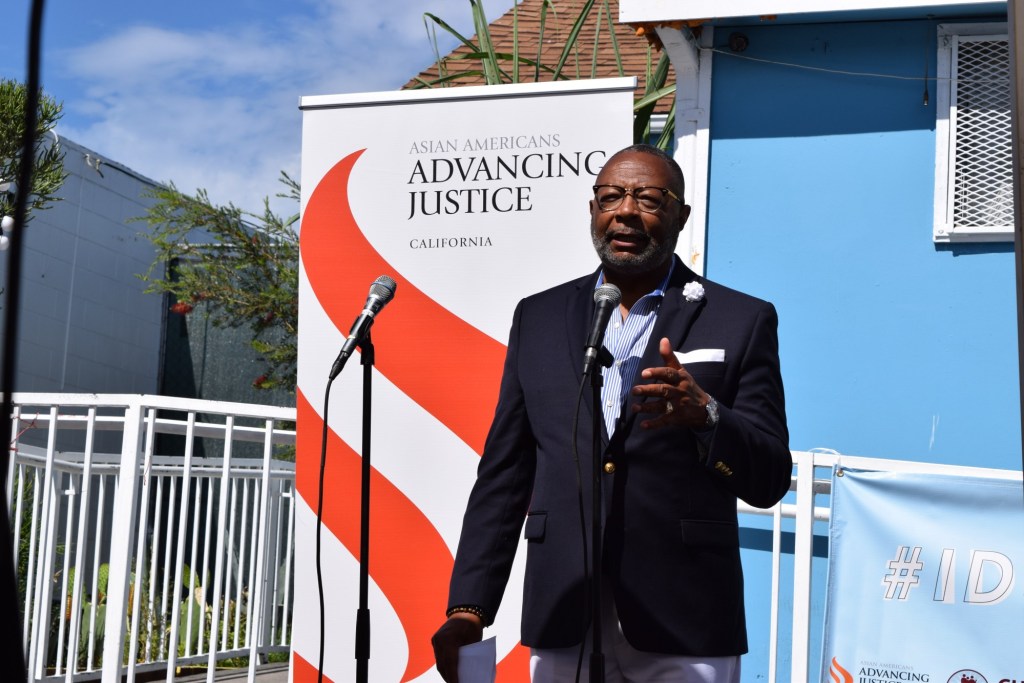 More than 1 million undocumented immigrants in California have obtained driver’s licenses since 2015. But an even greater number, who don’t drive, have been unable to get a state ID.

A proposed law looks to change that.

AB 1766 — also known as the California IDs for All Act — would expand access to state-issued identifications to everyone, regardless of immigration status.

“This bill is about ensuring baseline quality of life for every person living in this state, regardless of their legal status,” said Jones-Sawyer, one of the bill’s co-authors.

California has an estimated 2.739 million undocumented immigrants, according to the Migration Policy Institute. Only 4% are younger than 16, so the law is expected to impact approximately 1.7 million people, advocates said.

California already has a law in the books that allows undocumented immigrants the right to obtain a driver’s license.

But that law has led to a “glaring gap” that especially prevents some women, disabled people, and elderly individuals from obtaining state identification cards, Jones-Sawyer said.

“The only state-issued ID someone with undocumented status can obtain is a driver’s license, blocking a vulnerable portion of the population who are lacking access to a car or the ability to drive from any access to any form of identification,” he said.

“Without any identification card in California, you can’t open a bank account … rent an apartment or a home … even cash a hard-earned check,” he continued. “We need to make sure people no longer face these barriers.”

A Los Angeles woman, a member of the Coalition for Humane Immigrant Rights of Los Angeles, said in Spanish that she supports the bill for immigrants who like herself “work with dignity,” and pay taxes but who have trouble getting rentals and other services without an official ID.

In 2013, when Gov. Jerry Brown signed AB 60 into law, many hailed it as a good public policy measure that would improve safety on the streets and require the new drivers to carry insurance.

But it was also derided by some as a measure that rewarded lawbreakers and took attention and resources away from U.S. citizens and legally-residing residents.

Among them was Robin Hvidston, who heads a group in Claremont called We the People Rising. Hvidston echoed similar criticism of the new law, writing in an e-mail: “Instead of promoting lawbreaking, the nonprofits and politicians should be encouraging people to follow the law and enter and reside legally within the U.S.”

The legislation is supported by numerous organizations including Asian Americans Advancing Justice; the California Immigrant Policy Center; and other immigrant, legal, and community-based groups. No organization has opposed the bill in Sacramento, according to Senate and Assembly committee documents.

Earlier this week, the law was referred from a committee to what’s known as the “suspense file,” and whether it moves forward will be decided Thursday, Aug. 11. Jones-Sawyer said he’s optimistic about the legislation’s fate.

“This is almost clean-up legislation to make sure we include everyone,” he said in a brief interview after the press conference.

If approved, the DMV estimates “significant one-time up-front costs, potentially in the millions,” and ongoing costs that could start at $8.6 million but would decrease to $500,000 annually after 2028, with staffing costs likely offset by the revenue brought in from the ID card application fees, according to the Senate appropriations committee’s analysis.